Or come on Wexford, come on Limerick or come on dA bleEdin Dubz.

In the stands, it's one of those electrifying moments you might only experience a couple of times in your life, as Amhrán na bhFiann reaches a  climax and grown adults scream at the sun. It's only then, when the music stops and those vital last lines of encouragement have been roared, when you know the stage is set and that this game is good to go.

END_OF_DOCUMENT_TOKEN_TO_BE_REPLACED

On the field, it's a sight for sore eyes as your county-men or women stand there in front of the national flag, shoulder-to-shoulder and arms inter-linked. It's at that moment, as the chorus changes from passionate anthem to giddy roars when the players break and and buck-leap like this is a moment they've dreamed their whole life of.

A new GAA rule will put a stop to the buck-leaping as teams now must "stand to attention respectfully facing the flag for the full duration of the anthem." If they fail to do so, the county will face a maximum fine of €700.

On this week's GAA Hour Hurling Show, Wooly, Paddy Stapleton and Conal Keaney bemoaned the fact that this hair-raising tradition will be no more.

"The last line, or maybe even two lines of the national anthem, if it's a big game, you don't even hear it. If someone breaks or flinches, you're gone," says former Dublin player Keaney.

What actually is a fair tackle and what's not? @pasaint comes into his own 👊

The hurling show is here 👇

"It's all part of the drama though," adds Wooly Parkinson.

END_OF_DOCUMENT_TOKEN_TO_BE_REPLACED

"This is a very highly charged atmosphere. It's one of the nicest feelings ever, having gone to matches all your life and stood for the national anthem and cheered before the end...and then you're actually in that moment, on the field, doing what you've dreamed of. It's like 'who's going to be the first to start cheering here?' And it's a great bit of drama in the crowd...to make players turn into robots on the field (I just don't agree with it)..."

"It gives me goosebumps to think back on an All-Ireland final or semi-final and the last five seconds of that anthem, the crowd going insane, that real penultimate moment before the throw-in. It's what makes our games special like. Where do we stop and say, no, let's keep going with the things that are traditional to us. I think you need that kind of symmetry, where kids go through what their parents went through thirty years earlier."

Parkinson, a self-confessed traditionalist, longs for the days when players used to soak the whole thing in and hear the anthem from their positions. 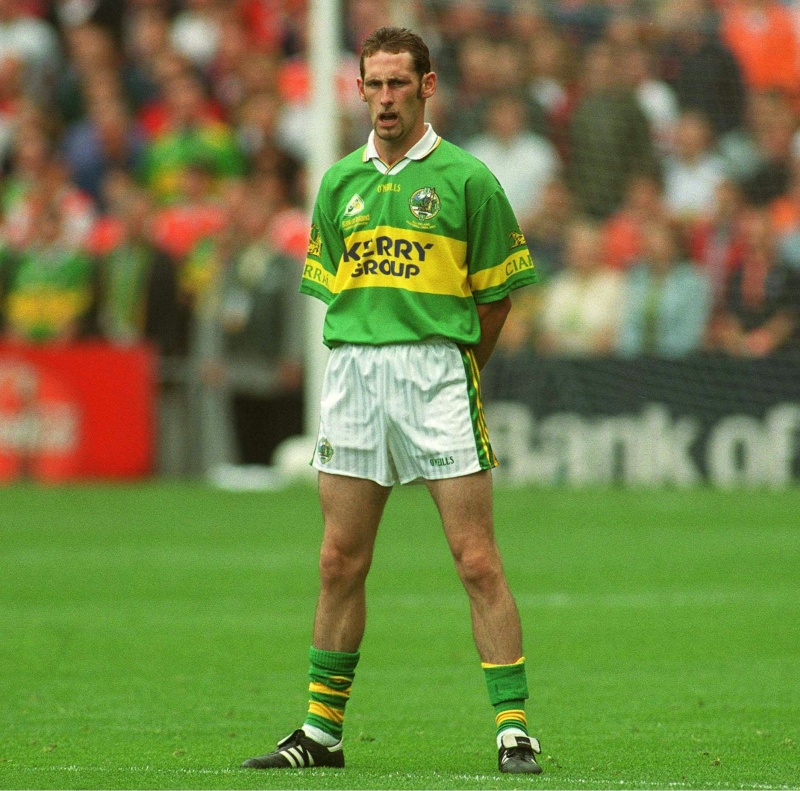 END_OF_DOCUMENT_TOKEN_TO_BE_REPLACED

"I used to love that. Liam Kearns told us 'no huddles. We're going to stand in our positions. Let them get in a huddle. You're in your position and that's your patch, you dominate that position. Let them walk into your position and you look them in the eye as they're walking in.' It was just a psychological thing that I liked on the day."


popular
Rob Kearney on defying union "bigwig" that told him he'd never play GAA again
How one text message a teammate sent Kieran McGeary proves that Tyrone's success was a team effort
Kieran McGeary on his relationship with Mickey Harte and his role in Tyrone's success this year
The scenes in Newbridge as the biggest hit and hope ever knocks Moorefield out
"I just knew that Karen was going to be there with us... I absolutely adored her" - Maeve Kelly
"Mayo have been back and back and back all the time. That's some resilience, to do that." - McGeary bats for Mayo
When Liam Brady lit into Brian Clough for his dismissive Mick McCarthy comments

You may also like
1 week ago
"Why is he going for the top right hand corner?" - The GAA Hour break down Ryan O’Donoghue’s penalty miss
2 weeks ago
"I do think Dublin were complacent, you could even see it in their play" - Briege Corkery
2 weeks ago
"To us, I think that was a huge insult. How we got there was definitely not through luck"
3 weeks ago
'From a Tyrone perspective, I was glad to see Tommy Walsh take that shot'
4 weeks ago
"Hegarty looks like he's hitting with a pitching wedge. Diarmaid looks like he's going with the driver"
4 weeks ago
"He might have got injured, but he'll be a delighted man now." - Casey's hips don't lie
Next Page