Character was what he wanted. It wasn't about a player's fitness.

Because Micko knew that making his players run up a savage hill in the Curragh Army Camp wasn't going to be the making of them physically.

It told him a lot about their mentality, though, and that was all he wanted to know.

One of the biggest tales surrounding Mick O'Dwyer's greatness was that he would send his teams on long-distance runs. Deathly painful long distance runs. 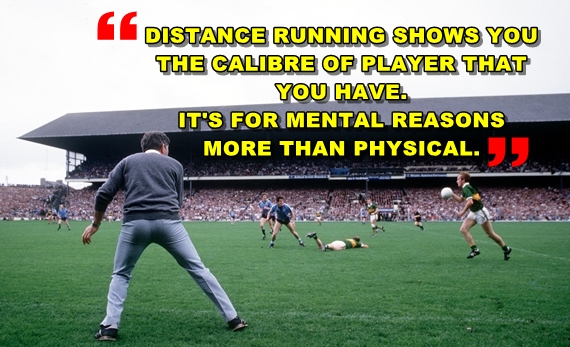 He knows the scientists would tell him it's not sport specific, he knew they were right. But he did it for one reason and one reason alone. Character.

“That’s the way you’ll test the mentality of a player, distance stuff. In any other little tricks around, they’ll escape it or get away with it but if he’s a player that will give you 100 per cent, he’ll go the distance. That’s why we got to where we were with Kildare, with the amount of work we did at The Curragh. We did a pile of work at The Curragh," the GAA legend once told Conan Doherty. 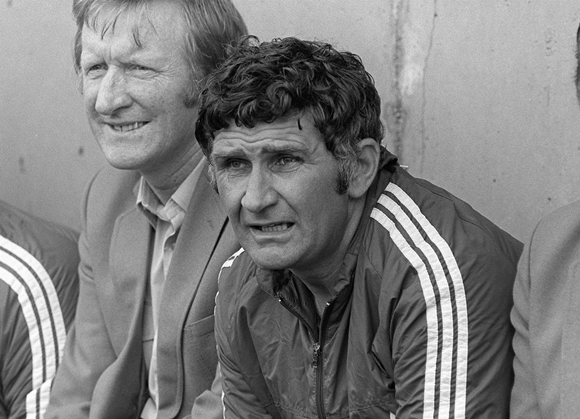 A documentary called 'Micko' aired on RTÉ about the great man's life. A life more submerged in the GAA like nothing that has ever or will ever come to pass again.

He's still living that GAA life, and he will die living the GAA life.

"I'd like to be on the sideline watching or in the stand, and drop dead, that's the way I'd like it to happen," he said in the documentary.

There were so many engrossing moments in the thrilling documentary, but perhaps the most stirring of all was his description of those runs in the Curragh.

A description you can watch right here courtesy of RTÉ.

"This is where I found out if players were good enough to play for Kildare or not."

One man hid in the trees. You know what happened next.


popular
The most Stone Age tackle you've ever seen gets South African lock straight red card
Galway fans' frosty reception for Davy Fitz doesn't make any sense
"Johnno went, 'We’re not moving! You're trying to mess us about!'" - Ben Kay recalls red carpet controversy
"Some of the generals wanted me executed" - Irish rugby legend on flag caper that went wrong
Neil McGee hasn't worked in eight weeks after back injury but still won't rule out championship return
Wallabies star bounces off Duane Vermeulen like a brick wall, gets yellow-carded
GAA make retrospective decisions on John Small and James McCarthy incidents
You may also like
2 months ago
Kildare club players have to pay on the gate to play League games
4 months ago
"We have a good game, why keep looking to change it?" - The new penalty rule is causing real issues in Gaelic football
7 months ago
"The best way I could go out and honour him was to go out and play, and to play the best that I could"
11 months ago
QUIZ: Which is the correct GAA crest?
1 year ago
"To a lot of people, playing games is such a small thing. But it's big to you and big to communities"
1 year ago
"That's done at the end of a sprint, jumping off one leg" - Kevin Feely on the art of fetching
Next Page