2014 was the worst year of Maurice Shanahan's life.

A zipped up bag of demons weighed so heavily on the Lismore and Waterford hurler back then, that he saw no way out. All his life, hurling was his game, it was his passion but when he zipped the bag tighter and the walls caved in, Shanahan didn't want anything to do with it.

But while 2014 was unquestionably the worst year of his life, it was also the turning point that has kept this man alive.

You can talk all you want about injuries, about expectations and about setbacks but the reality is that everyone, at some stage in their lives, will stumble into a challenge they never wanted to face down. No, Shanahan's biggest problem, as he says himself, was his own 'pride,' a pride that prevented him from talking, that prevented him from sharing his problems and eventually, bogged him down to the extent that he was barely even living. 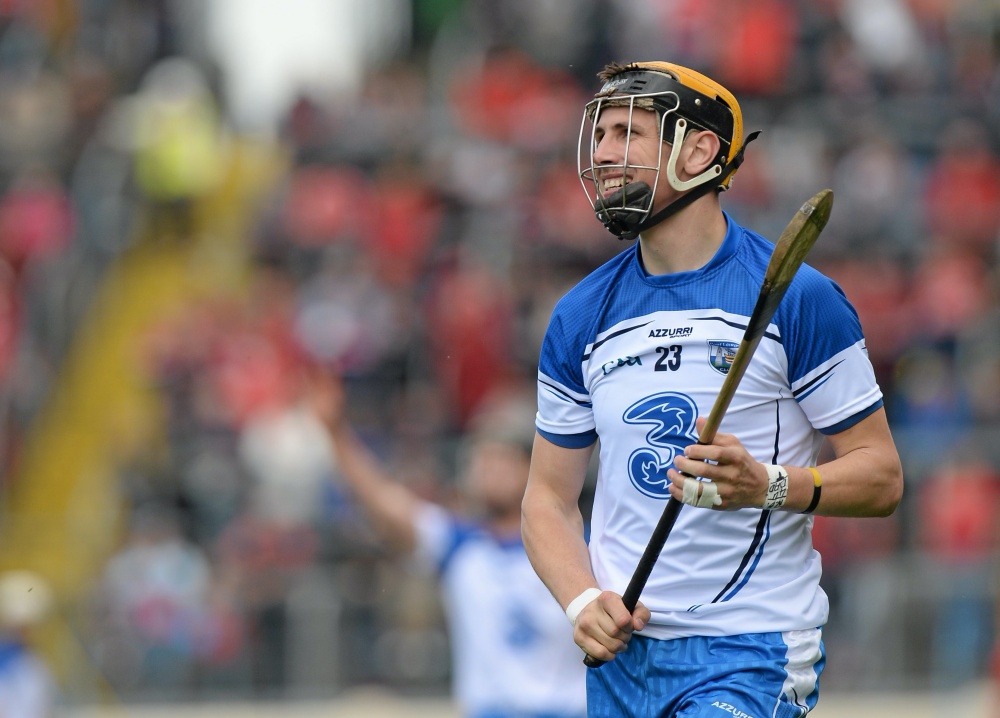 On the face of it, Maurice Shanahan had it all going for him in 2014. Inside, he was suffering. 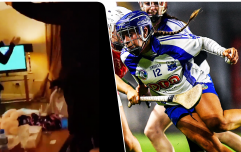 END_OF_DOCUMENT_TOKEN_TO_BE_REPLACED

Eventually he cracked, and that he did was the best thing that has ever happened to him.

"I was a proud fella, and I didn't want to talk about my troubles back then," says the Darkness Into Light ambassador in what turned out to be a powerful interview.

"When I was going through those problems at the start, I didn't want my family worrying about me, 'This will just pass'."

"I kind of locked myself away for nearly two months. My family members knew there was something wrong and were trying to look after me but I didn't really want their help either at the time.

"One day below in the kitchen inside in the house I saw my father and he just busted out crying. It hit home with me then. Dan kind of had a stern talk with me at the same time. My father had cancer at the time as well and, I suppose, he had his own battles that he had to win himself but I was putting more doom and gloom down on him."

Shanahan takes us back to the darkest of days.

"I always travelled to training with Shane Fives and Tommy Ryan but there would be nights I'd text them saying ''I'll go down myself tonight.' I just wanted to be on my own going down the road. There would be some nights going down the road when you'd just be crying, and you get yourself right, train with the lads and then you cry coming home again, cry in bed. Once you're below training, look, you were just putting on a brave face in front of everyone, just to get through it. Then I acted on it. Thankfully I'm still here to tell the story.

It's in that final, immortal scene from 'It's a Wonderful Life' when George Bailey opens a letter from Angel Clarence, a letter which tells him that 'no man is a failure, who has friends.' That adage certainly rings true in Shanahan's story.

"A teacher in Lismore, Sean Prendergast, he was training the Lismore senior team at the time but he was very good to me. I could hear the school-bell going at half two or a quarter to three and five minutes later, Sean would arrive up to my house for two or three weeks solid with bottles of water, bottles of Lucozade. 'Could you come up to the field to training tonight? You don't even have to train, just to be with the lads,' he'd say. To be honest, I didn't want to go. I didn't want to play.

"If it happened to me today, I can always pick up the phone and ring my brother, ring my brother in Australia, ring Dan, or ring my sisters. I can say, 'Look, I'm having a bad day..." 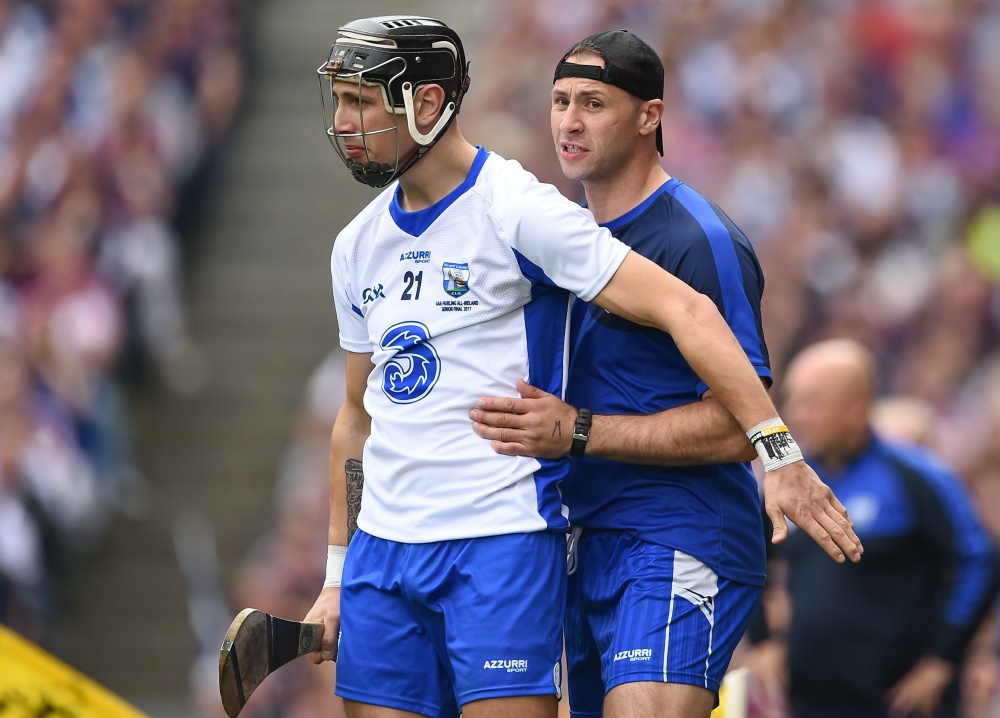 "I'll never forget, we were playing Roanmore in the championship below in Walsh Park. I remember the lads training of the Thursday night, and me having done nothing for maybe a month. I remember Mattie Pender - he was a selector, he said 'we need you tomorrow evening.' I said 'I have no interest in playing that match.' And I didn't, I didn't want to. But it was the best thing I've done. I got the gear the following day, went down, was inside full forward and we got three goals between us, myself and Dan, I got two and it kind of brought a pep back into my step..."

He was back in love with the game.

"I'll never forget it, we got a free to win the game around 60/70 yards out. I'd say most of the lads didn't want me hitting it because they didn't know what kind of headspace I was in but thankfully, it went over the bar. The joy I got from that day. I remember the huddle after the match, I thanked every one of them that got me down there and that gave a bit of life to me again. There was a long road after that, there was, we lost to Ballygunner in the county semi-final but I was back into it big time and I wanted to go to the field, wanted to be back hurling. It got me back."

And now in 2021, just two months after welcoming his daughter Rosie to the world, Shanahan is open, he is honest, he is healthy.

"Jesus, being in that room when Rosie was born was a different feeling altogether. It was the best feeling I ever got in my life to be honest. To hold my daughter in my arms and thankfully everything is good with her..."

"If I didn't talk out in 2014, who knows? I might never have witnessed that. But, it was the best day of my life so far.

"When I was suffering, I probably thought there's no better days ahead for me.

"If you can speak out and talk to people, you will see things improving down the line and I wouldn't change my life for anything at the moment."

And that's the most important thing of all. 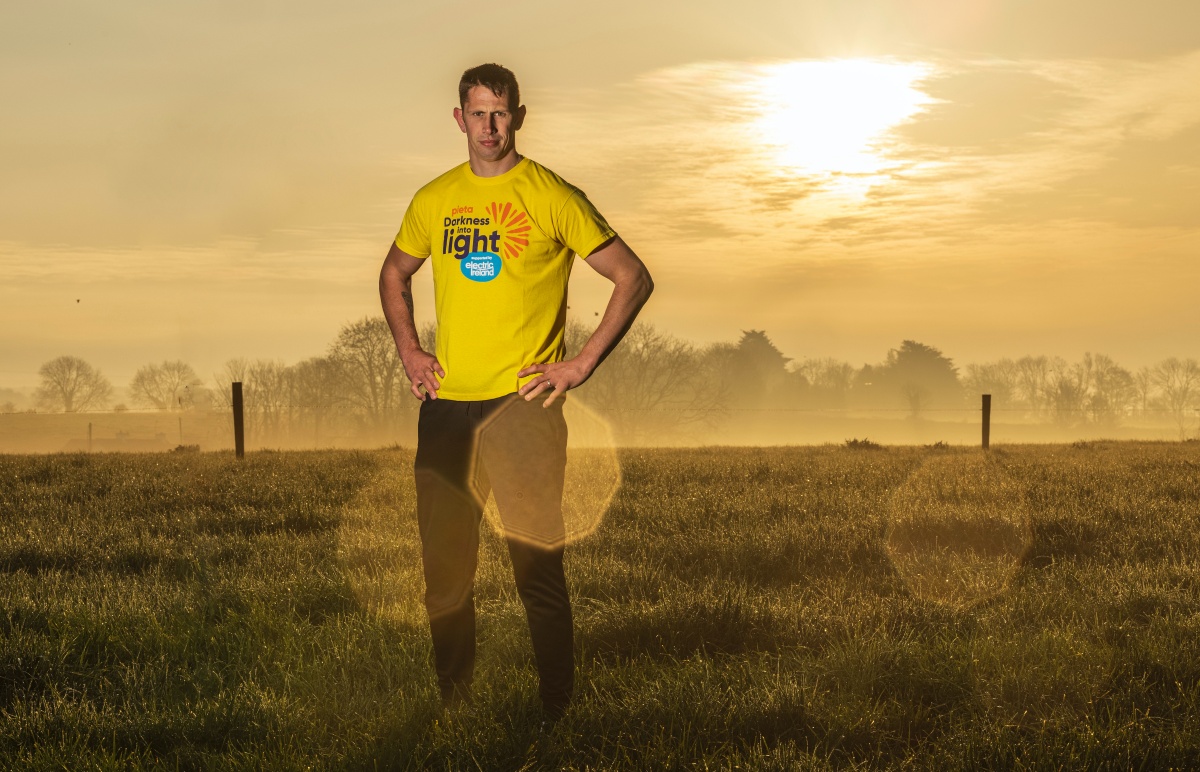 Pictured is former Waterford hurler, Maurice Shanahan, who has teamed up with Electric Ireland to invite the public to join them for a special ‘One Sunrise Together’ for Darkness Into Light on Saturday, May 8th, in order to raise vital funds for Pieta’s lifesaving services. You can sign up now at www.darknessintolight.ie
Mandatory Credit ©INPHO/Dan Sheridan


popular
The Garry Ringrose narrative around the Lions Tour is complete bull
"Sadly at this point in time, it's Johnny" - Why Sexton missed Lions spot
'Jesus Christ! How am I going to put up with this lad for nine weeks?!'
You'd swear the world was ending as Spanish tv host goes after Eden Hazard
Major shocks as Warren Gatland announces 2021 Lions squad
The biggest Lions head-scratchers as Warren Gatland surprises us all
The SportsJOE 12 o'clock quiz | Day 346
You may also like
2 months ago
De Búrca keeping positive as Fenton and Hegarty are the top dogs
3 months ago
Limerick dominate All Star nominations with fair Hurler of the Year spread
4 months ago
Waterford dealt big blow as Stephen O'Keeffe steps away for 2021 season
4 months ago
GAA JOE All-Star hurling team
4 months ago
Calum Lyons: Hurling from the soul
5 months ago
"There's no nonsense with this team, they're just going out there and playing the game"
Next Page