Maughan's straight-up style like a tonic for the Offaly footballers

By looking at him, you wouldn't think John Maughan is 30 years in the business of inter-county management.

The years have been good to him, you'd have to say, and though he's forgot more than most lads have ever known about Gaelic football, he's still preaching it the way he practiced it.

Maughan played and excelled in the era of kicking and catching and even though his managerial career has remarkably taken him to each of the four provinces, where he'd have seen enough tactics and fads to start a revolution, this manager has never strayed too far from home. Kicking and catching.

END_OF_DOCUMENT_TOKEN_TO_BE_REPLACED

Anton Sullivan has seen more bad days than good days as an Offaly footballer but this is as good as it's been, with a Division Three League final coming up against Derry this weekend, and the Rhode club-man says his manager's straight-up, straight-forward style is like a tonic.

"You're told from a young age to get it, kick it, let the ball do the work and that's what we do," Sullivan says in a GAA Hour Interview.

"We don't hesitate on the ball, we just try to move it quickly through the hands. We've pace in our team as well and get runners off the shoulder. That's the only way you'll beat these blanket defences..." 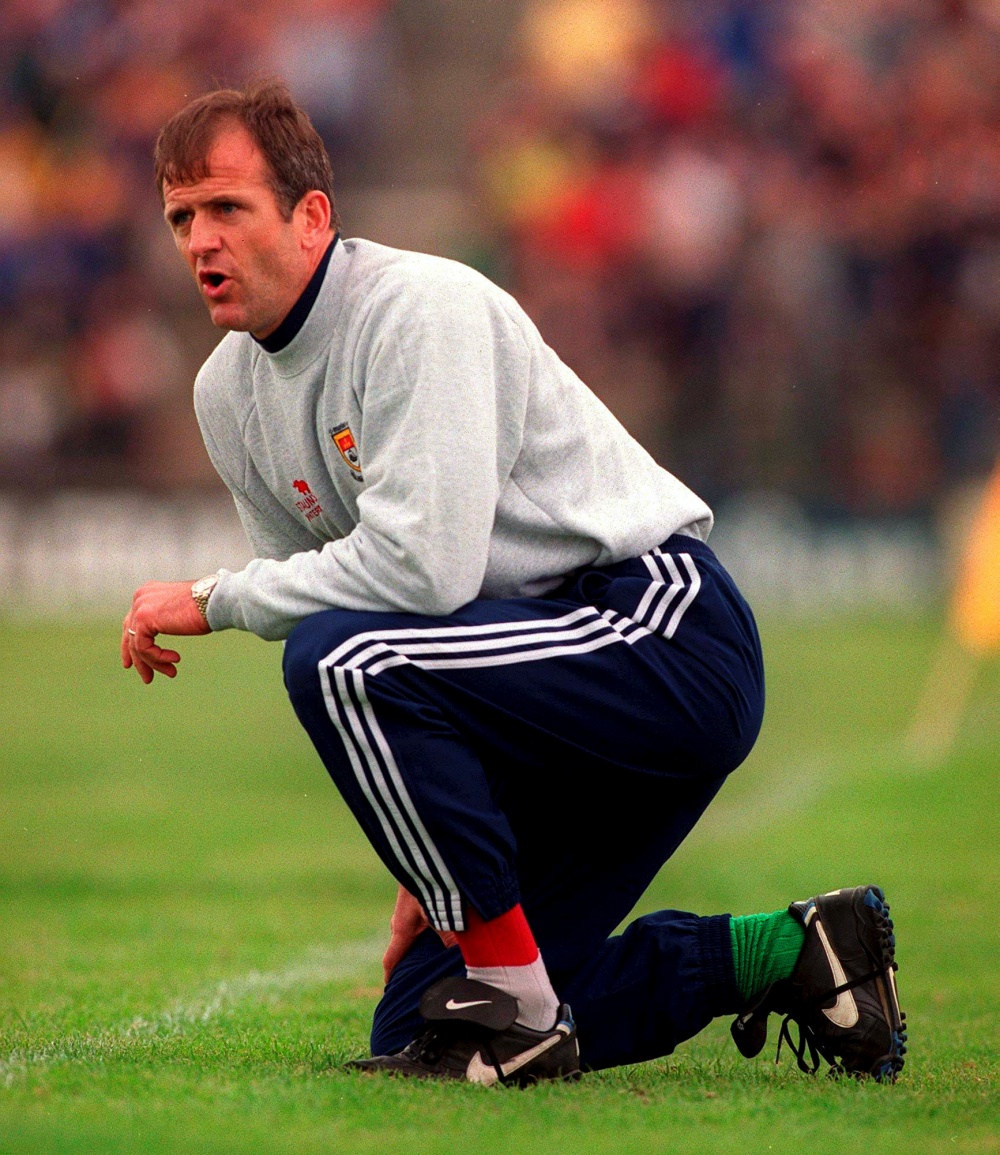 END_OF_DOCUMENT_TOKEN_TO_BE_REPLACED

Maughan has seen it all, good players, bad players and he knows that the only ingredient that has ever separated them is hard work. He took over the Faithful in 2019 and ever since, the Offaly boys have been put to work.

"Dermot Sheridan is our S and C coach, he's a top class guy from Cavan, he was running weekly reports on the team and anyone who wasn't buying into it was gotten rid of. There was no hiding place really. We said to ourselves that whichever team worked hardest during the lockdown would come out the best, and thankfully, we're reaping the rewards of this now.

"It's just buy-in from all of the players. Lads really have bought into the set-up under John Maughan in the last 18 months.

"The Covid came, and it probably put a bit of a dent in John's plans. But we did a lot of Zoom calls, worked on a lot of stuff, especially our own game. We were training ourselves. We had the work done then, our fitness levels were good and we really hit the ground running."

"On those Zoom calls, we were catching up on tactics, where we went wrong in previous years and that kind of thing."

Wooly and Conor discuss the news of the week while Brendan Devenney joins in to debate Dublin’s football style!

No stone unturned. It would have been a surprise if it was any other way.