Kerry vs. Dublin ends in meleé, and a draw

It was all looking so good for Kerry with 13 minutes to go. Once again, however, Dublin showed their mettle and Ciaran Kilkenny stepped up. Still, it wasn't over.

Dublin and Kerry is the rivalry Gaelic football needs and we just got another enthralling chapter this evening.

The first half was all about David Clifford versus Brian Fenton as the Kerry captain registered 1-2 and the Dublin midfielder lapped over four superb points. The Dubs led 1-10 to 1-9 at the break but we were only getting started. 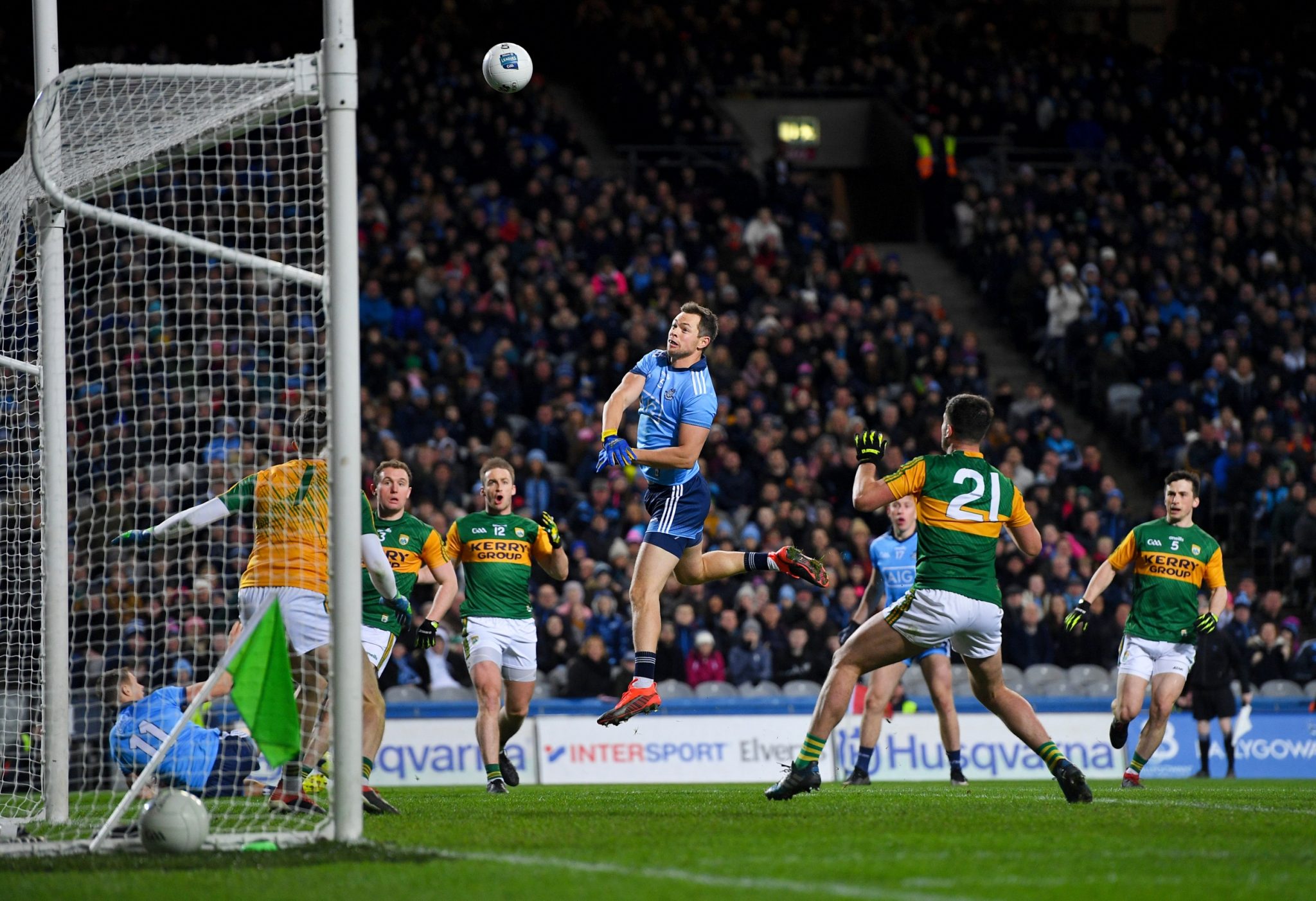 Kerry started off the second half with serious intent and were soon in front as they picked off a number of fine scores. Sean O'Shea was slotting over frees for The Kingdom while Dublin were struggling to score from play.

There was a big flashpoint with 13 minutes to go as Eric Lowndes was shown a red card for a foul on Stephen O'Brien. As Lowndes reached the sideline, O'Shea's free put Kerry two points clear. Two minutes later and another O'Shea free put Dessie Farrell's men three adrift.

It was at this stage that Kilkenny stepped up with a number of big plays. He kicked two points, including one after claiming an attacking mark, teed up another for Niall Scully and was fouled for a free that Dean Rock popped over. Amid it all, O'Shea was sent off for Kerry.

With the clock pushing past 77 minutes, the referee allowed Kerry one last attack and Micheal Burns was then fouled around the Dublin '45. Burns and James McCarthy clashed but when John Small rushed in to get involved, the free was brought forward by 10 yards. That made the task simpler for Clifford and he curled over a steepling free to level the scores.

Dean Rock took time out to shake the hand of the young Kerry captain as the ball sailed over, but the end-game was about to take a dark turn.

END_OF_DOCUMENT_TOKEN_TO_BE_REPLACED

That score sparked a full-on meleé as Clifford, Kilkenny, McCarthy and any player within range took skelps off each other. Clifford had his jersey ripped off and it took match officials a while to diffuse the schemozzle. The final whistle was blown with barbs still being exchanged and neither side backing down.

Following the match, Kilkenny was asked by RTE about the late free and the decision to move it up closer to the Dublin goal.

"I don't know," he diplomatically replied. "That was just up to the referee and you have to respect the ref's decision."

We can't wait for the next round of Dublin vs. Kerry.

popular
The SportsJOE 12 o'clock quiz | Day 109
QUIZ: Name every player that's scored three or more Premier League hat-tricks
QUIZ: Name the country these football teams play in
SportsJOE 2000s Football Quiz | Round 9
What Leinster's strongest XV looks like when everyone is available
"Some of the guys have put a lot into it" - Felipe Contepomi confident Leinster can start fast
Can you name every English football club that begins with 'B'?
You may also like
1 month ago
Seven-time All-Star Goldrick using time off to strengthen and improve
3 months ago
No fear of McCarthy losing a lifetime of fitness
3 months ago
"Sometimes sport can overwhelm you, it was time for him to take a deep breath"
3 months ago
Dublin hurler Mick Carton back on the mend after winning another battle
3 months ago
"I'd spent hours and hours honing my left foot with my dad when we were young"
3 months ago
April club month a goner as virus threat causes longer delays
Next Page