"He's all blood and thunder, he wears his heart on his sleeve" - McGeary was born to lead

Kieran McGeary is in sensational form. Some might say he's in Footballer of the Year form.

In years gone by, you might have seen the Pomeroy Plunketts club-man as a spoke in the wheel or a mere link in the chain but, at 27 and in the prime of his life, a swashbuckling season in the red and white has well and truly shattered that impression. He is now the team's vice captain, having been selected for the role by Dooher and Logan at the start of the year, and as he milled past some Kerry-men and savaged into others during last Sunday's All-Ireland semi-final, you could see exactly why the Tyrone management team made that call in the first place.

If captaincy is, in broad terms, linked to how you act on the pitch and how you speak off it, then McGeary would seem the perfect candidate. It's rare that a post-match interview has you sitting up to listen but as McGeary spoke from the heart and as he spoke with conviction, you got a glimpse into life in the Tyrone dressing room. In the middle of it is a young man man you'd follow into any battle.

END_OF_DOCUMENT_TOKEN_TO_BE_REPLACED

A former All-Ireland under-21 winning captain, McGeary will be hoping to add a senior medal to his collection in next Sunday's All-Ireland final and as Tyrone aim to win their first title since 2008, it's clear that they won't have to look too far for inspiration.

Colm Cavanagh played alongside McGeary for the guts of five years and having watched him rise up through the ranks, Cavanagh always saw McGeary as a leader of men, a man capable of delivering the sort of power-packed performance he dominated Croke Park with last weekend.

"There is no doubt, even in his early years, that Kieran was a huge leader in the team," says AIB ambassador Cavanagh.

"He speaks very well in the changing rooms, even in the training sessions, he drives them on. He’s a real passionate guy. He probably did stutter a bit, earlier on in the year, in terms of getting black cards and yellow cards but you know, he plays that way, he’s all blood and thunder and he wears his heart on his sleeve..."

"There’s obviously a serious footballer there too. He goes out every day to give a massive performance and I had no doubt that those performances were coming, but he maybe has surprised me just a small bit in just how good he’s been. The first 20 minutes against Kerry, I just couldn’t believe what he was doing. All the tackling, turnovers, linking the play. He was just everywhere."

"He’s a massive ball of energy really. I’m delighted to see how well he’s playing and he’s obviously in line for another big performance in the final that will wrap up a good year for him. I’m sure Mayo will be looking at him and trying to shut him down because of how influential he is, ahead of the final."

Some man to break tackles 💣 pic.twitter.com/BhFsuHy5W1

Central to McGeary's progress, according to Cavanagh, has been the more adventurous and shackle-free system deployed by Logan and Dooher.

"Again, that's more around the system and style they're playing. They're trying to take more risks and be more adventurous. The teams I played on, we did try to do that but we did revert back to trying to get men behind the ball and shuffling left to right.

"They've definitely changed, there's obviously some glimpses there of what they've been working on for the last five or six years. There's definitely a freshness to what they're doing and they're definitely taking more risks and they seem to be given the licence to go out and play football and be a bit freer. Whereas in the years gone past it hasn't really been the case."

As for the Covid issues that have stalked Tyrone this past month, Cavanagh praised the management team for how they dealt with the situation and as for Pat Spillane's concerns about an information vacuum, the Moy club-man says that these questions should be answered in the aftermath of the final.

"Pat got fairly excited about the whole piece and Sean obviously seemed to too, he threw the pen down a couple of times. The guys got a wee big overexcited with whatever they were doing. They're very much entitled to their opinions on what they think around the Covid scenarios and what happened, but I do think it's fairly important the guys put that to the side for now. Because it did get a fair bit of air time around what happened.

"It looked from a viewing perspective, it was fairly aggressive and fairly entertaining tv. My opinion is that look, park it for now lads, and if there’s more questions to be answered on this, which I’m sure there might be, then Fergal and Brian said that they will address that down the line."

Having turning down a chance to get involved with the panel back in December, Cavanagh agrees that, yes, it would be great to be involved in an All-Ireland final but this isn't a man with any regrets.

"The question was asked in December or January this year, would I go back by a couple of different people in the set-up? Of course. Whenever that football piece has been such a big part of your life for all them years, it’s very hard to set it aside. Look, I can genuinely hold my hand on my heart and say I’m really happy for the lads. We’ve been chatting in Tyrone for about two or three years now, saying there is an All-Ireland in that team. It’s just when it’s going to come.

"I had that early contact. It just wasn't to be. If they ring me now, maybe I'll give them a different answer at this stage," he concludes with a laugh. 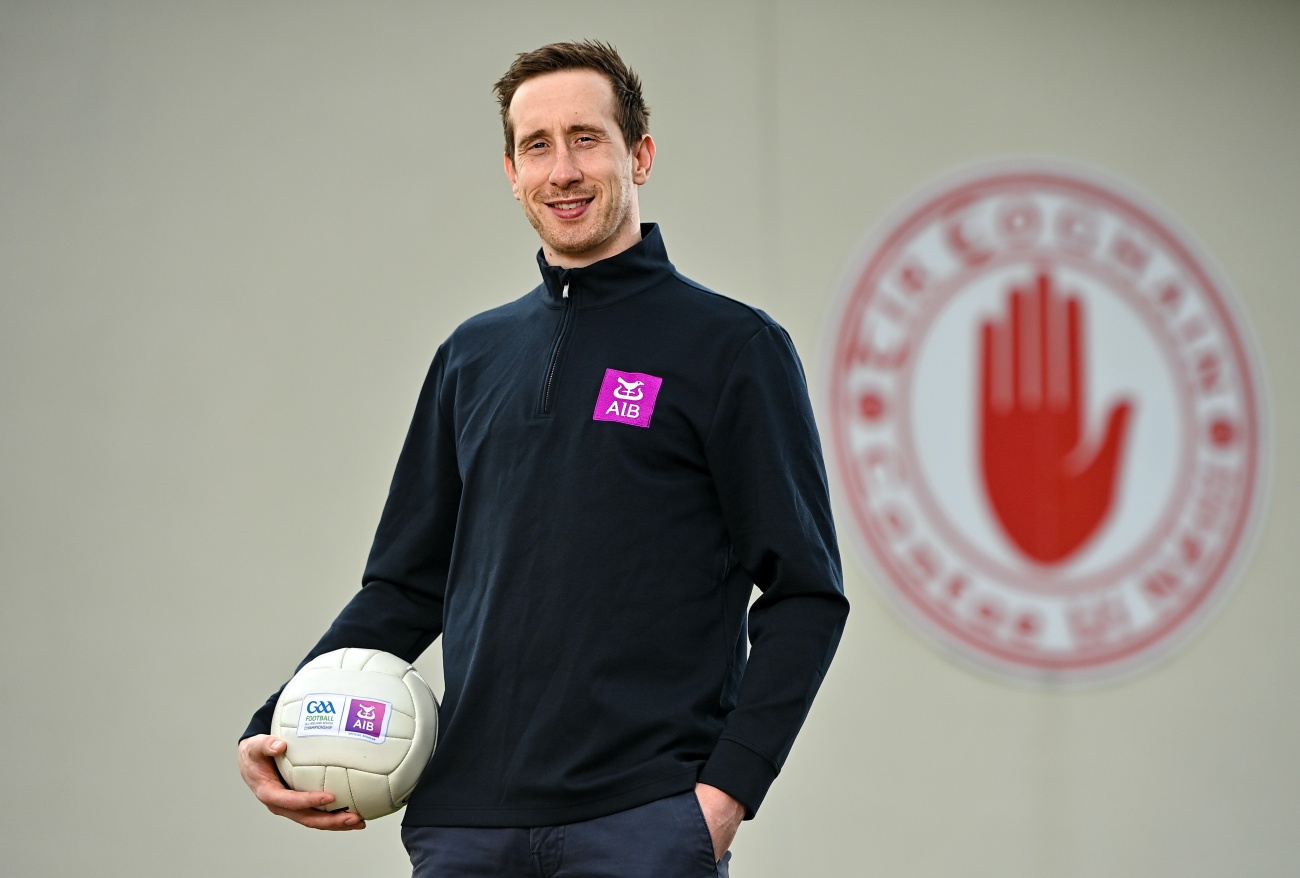 
popular
Frank Lampard pays emotional tribute to Seamus Coleman in front of Everton squad
No need for Sky Sports to apologise as Shane Lowry stays in PGA mix
Steven Gerrard makes Liverpool admission ahead of Man City title decider
Rangers legend says he and Roy Keane didn't speak during Man United spell
Dele Alli praises 'legend' Seamus Coleman after Everton avoid relegation
PSG offer Kylian Mbappe 'complete control' with insane contract offer
Why Aston Villa could pocket £12m for helping Liverpool win Premier League title
You may also like
1 month ago
Orla O'Dywer becomes first Irish female to win AFLW All-Star as Staunton somehow misses out
1 month ago
"The Aussies were brutal, they'd call you all sorts of names" - Hanley on sledging in the GAA
1 month ago
After all the mouthing, O'Hora admits defeat and pays his respects to outrageous Clifford
1 month ago
Allianz League final media event cancelled because of GPA protest
1 month ago
Reception for Keith Higgins and Hurling for Hope crew in Ballyhaunis will make you proud to be part of the GAA
1 month ago
"I'd be a big fan of Aidan O'Shea but I don't think the style of football Mayo have suits him"
Next Page