Galway have won the minor All-Ireland.

It's like saying that the pope is a catholic or that Kilkenny aren't beaten until you're on the bus home with the cup in the boot. The Irish Press Cup is in the boot now, it's heading west for the fourth year in succession and for a sixth year in ten but Galway only held onto it after yet another monumental battle with the Cats, who when they should have been dead, somehow found ways to stay alive in this game. 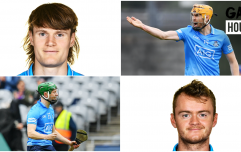 END_OF_DOCUMENT_TOKEN_TO_BE_REPLACED

That's Kilkenny for you, but yet again, this was Galway's day.

For a start you thought the Tribesmen were going to run away with it. Quickly you corrected yourself by saying that Kilkenny never go down easy but when Galway were 0-7 to 0-0 up and looking like a team of men in a game against boys, you were starting to think strange things as this one-sided game headed for the first water-break. Liam Collins was darting and jinking on the top of the right and at the top of the left, Colm Molloy was like a man on skates, turning and burning and finishing for fun.

All over the field in fact, Galway looked like a team who'd been training like mad men ever since this competition was postponed last year but as they always do, Kilkenny got to the pitch of it. Their first shot in anger came from the stick of Billy Drennan and by the time the Galmoy sharpshooter had scored a second free you could sense the Cats settling and you could sense that there was going to be a game in O'Moore Park yet.

It was only when Sean Stack sounded the half-time whistle that you got time to take a breather and a moment to make sense of it all. The competition is under-17 by nature but it was only when you realised that, as a result of the postponements, most of these boys were in their 18th year. Any younger and the standard of hurling just wouldn't have added up.

Dunnamaggin's Denis Walsh brought the fight to Galway with a colossal hit that he followed up with a well-taken score and even though Brian Hanley's team led by 0-10 0-6 at half-time, you knew well that the party hadn't even started. 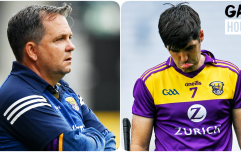 END_OF_DOCUMENT_TOKEN_TO_BE_REPLACED

That's exactly how it played out with Joe Fitzpatrick roaring into it upon the resumption, the half back scoring two belters of points to give Kilkenny the initiative. Walsh was still throwing himself about and when Drennan levelled things up with an unstoppable penalty, it looked for all the world as if Richie Mulrooney's team were going to right the wrong of losing the last two finals to Galway.

Cathal Beirne scored the point of the night from the sideline as Kilkenny made a burst for home but while Zach Bay Hammond had started to come into it, the pressure was on and it was Colm Molloy's time to shine. He was the best player on the field and his late point gave Galway a lifeline. Then he cleverly passed to O'Shaughnessy who set up Collins for the match-winning goal. The point was on but it said it all about this team that they hunted down the goal.

It was some way to win it for Galway. That was some game of hurling from both teams.


popular
Brendan Ó Dufaigh gives a powerful interview on an emotional night in Ulster
Jamaica teammates are as frosty after Thompson-Herah's history-making 100m win
Full player ratings as South Africa leave Lions battered, bruised and beaten
Cheslin Kolbe somehow avoids red card after leaving Conor Murray in awful heap
Paul O'Donovan busts the cliches and leaves the mystery behind him in one more emphatic interview
Warren Gatland gives his take on that dangerous challenge on Conor Murray
Down u20 star dedicates Ulster victory to his late teammate in powerful interview

You may also like
3 weeks ago
Kilkenny minor captain somehow stays standing for a point that should have been worth two
1 month ago
"All you can do is throw the kitchen sink at it" - Kilkenny becoming a second half team
1 month ago
"You’d be blessed to play anywhere on the field" - Teehan taking her chance
1 month ago
After watching a game of hurling, Padraig Walsh finds it hard to sit down and watch anything else
1 month ago
"Joint-winners? I'm not in favour of that. Personally, I think it's a joke"
1 week ago
"Any team I've been involved in over the last five years, they've been way above their station" - GPS stats gone too far
Next Page