Nothing quite gets GAA fans as giddy and excited as a new jersey being unveiled for their club or county.

Everything matters, the design, the sponsor, does it have a collar, can I get it in tight fit, does it go with my eyes? Nothing brings out the prima donna more in GAA fans and players than a new jersey.

The veterans however, will tell you "It doesn't matter what it looks like as long as you can perform in it" and usually follow it up with a rant about blanket defences or how "You can't even give your marker a good dig anymore".

END_OF_DOCUMENT_TOKEN_TO_BE_REPLACED

Legends don't come more legendary than Peter 'God' Canavan, and just as he played football with a touch of flair and refusal to conform, he wasn't afraid to admit that just like the common fan who never as much as touched a blade of grass on Croke Park, he too loved getting new jerseys.

"I'm involved obviously in Holy Trinity college and coaching all the teams there," said Peter The Great.

"At the start of every year that's the question I get asked 'Sir are we getting a new jersey?' because they're all into their jerseys. I would tell them not to worry about the jersey, it's about what's inside the jersey, but truthfully when I was a player, I was the same. 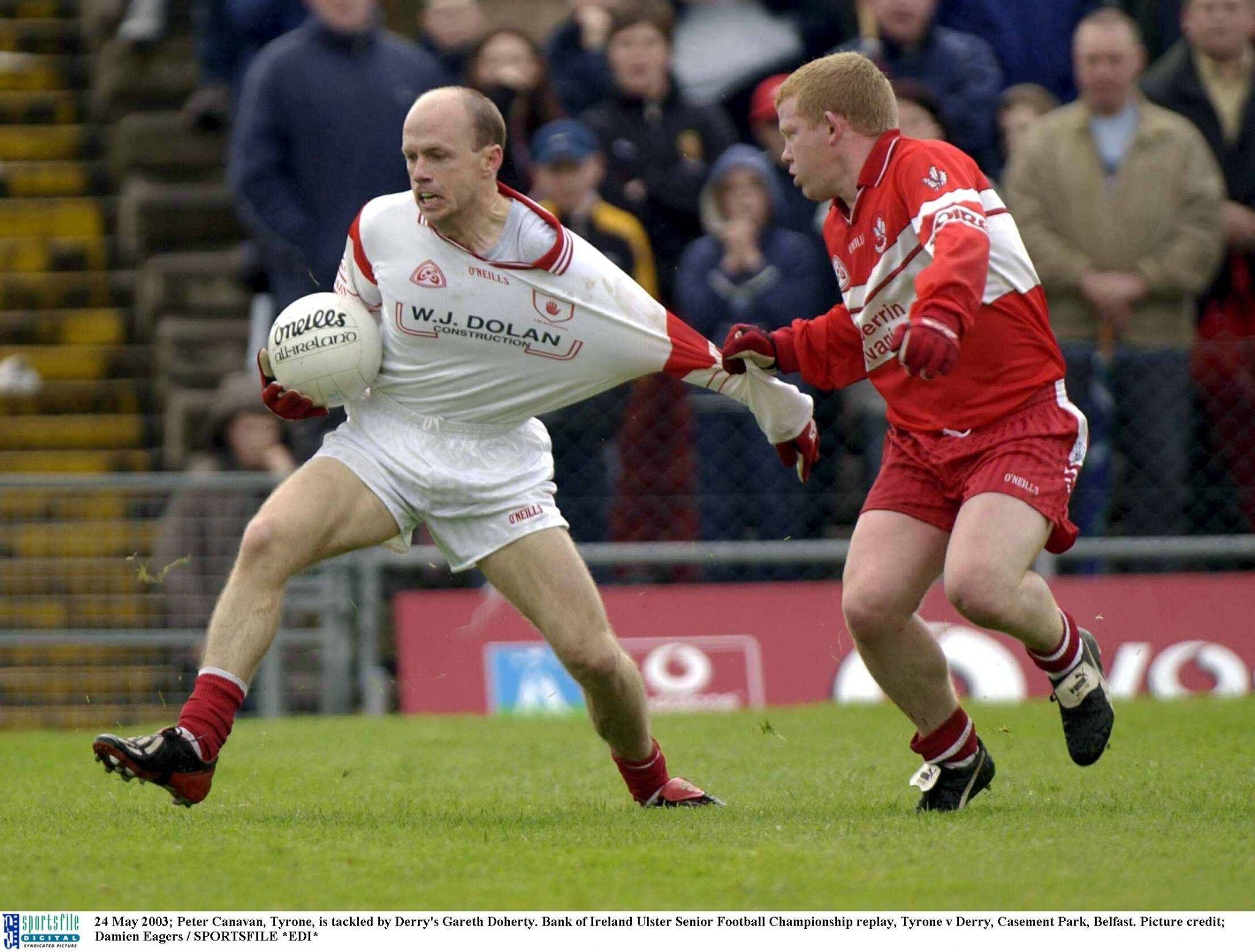 "If you're into sport, then you're into jerseys and funny it was one of the things Mickey Harte done, be it in club or in county level, at the end of every game we played, the players would come in one at a time, fold the jersey and set it down. He believed that you should respect the jersey you play in and if you think anything of it, you will treat it with respect both on and off the field."

It's true that when you first get the jersey, you admire it before putting it on slowly, fixing the sleeves and checking that everything is just right in the mirror. Shortly after a few training sessions however, you just chuck it in the wash, the drawer or the kit bag, with the same contempt as an empty packet of crisps.

END_OF_DOCUMENT_TOKEN_TO_BE_REPLACED

The two-time All-Ireland winner added that: "When you get the jersey, it's new, it's tidy, it's well presented, so the least you can do when you're on the pitch is to do it proud and when you come back in, don't throw it in a heap for someone else to pick up after you.

"This is something I now do with all of my football teams and I think it instils good values in the lads and lassies that wear them and makes it a bit easier for the kit man as well."

Canavan certainly did the red and white colours of Tyrone proud, and with a career spanning over 15 years he wore several different jerseys, but out of all of them, which is his favourite? 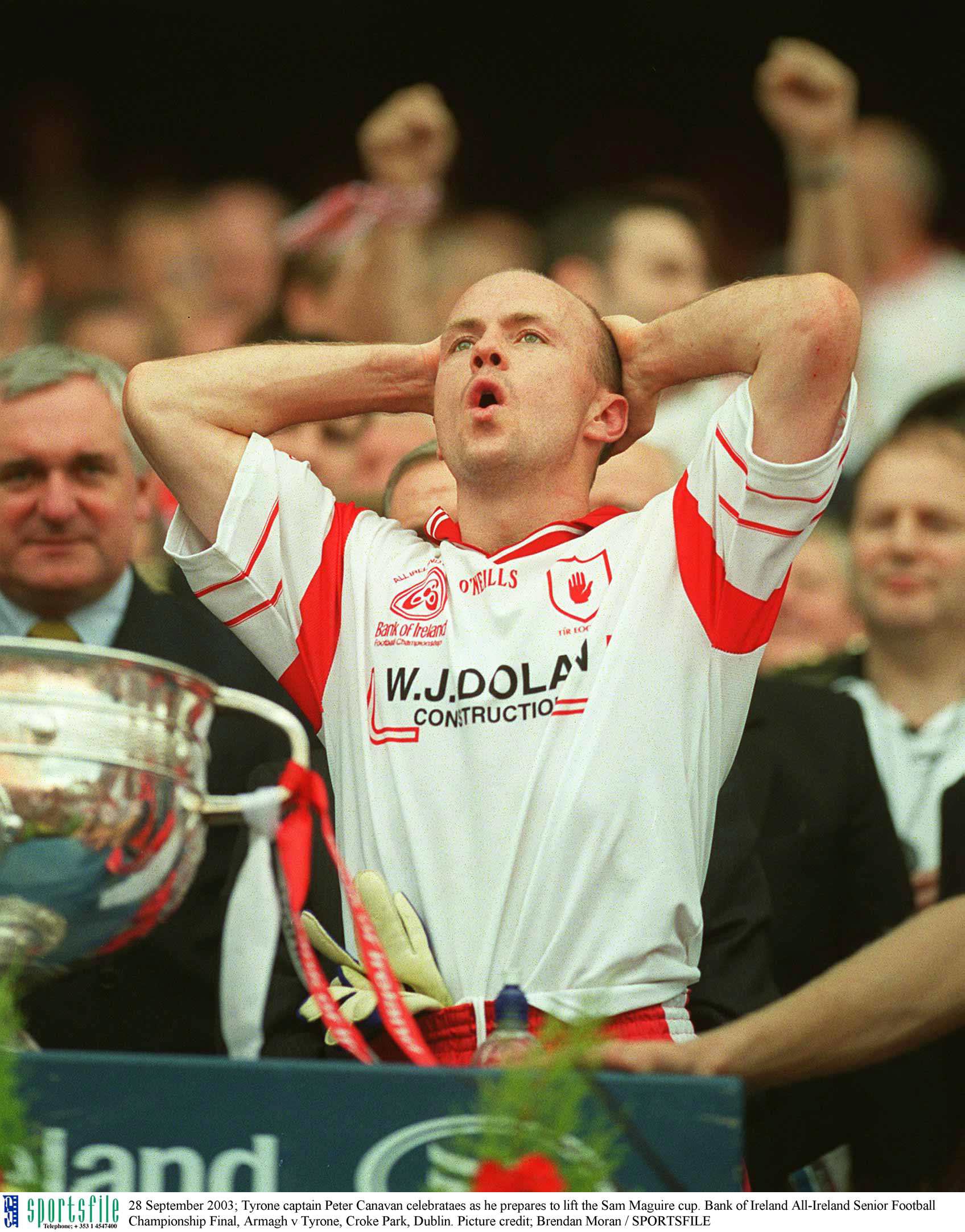 "I would have to say the one in '03 is my favourite out of all of them.

"I wouldn't be so particular as to say I felt I could play better in one over the other, but really as long as there was a red hand on the jersey I was happy enough."

Hard to disagree with that.


popular
Galway fans' frosty reception for Davy Fitz doesn't make any sense
The most Stone Age tackle you've ever seen gets South African lock straight red card
Ryan Manning hacked to the ground by Henri Lansbury in ruthless assault
Final question of Ryder Cup press conference has Team USA in all sorts of trouble
Ian Poulter shares Ryder Cup advice to Shane Lowry and Team Europe rookies
"Johnno went, 'We’re not moving! You're trying to mess us about!'" - Ben Kay recalls red carpet controversy
Clinton Morrison shares advice Roy Keane gave him on morning before Saipan showdown
You may also like
4 days ago
SportsJOE Gaelic football Team of the Year
5 days ago
"Why is he going for the top right hand corner?" - The GAA Hour break down Ryan O’Donoghue’s penalty miss
5 days ago
"What Tyrone winning brings is hope" - Jim McGuinness and Kieran Donaghy believe the GAA landscape has changed
5 days ago
Sean Cavanagh praises certain Tyrone players for stepping up and reaching their potential
1 week ago
Mayo are favourites but Tyrone will benefit from rocky road to the final
1 week ago
Fans try to sell their Gerry Cinnamon tickets so they can watch the All-Ireland final instead
Next Page