The GAA JOE All-Star footballers for 2019

No Brian Fenton. No Paul Geaney.

We know. Disgraceful, shocking and farcical stuff. A travesty. Who picked this?

Hands up here, but please hear us out.

This All-Star craic is a tough business. So many consistent performers, so many brilliant players. We've just had an incredible year of football.

In the provinces, Jamie Brennan was the standout. He's a long way off here. In the Super 8s, Fenton was flawless. He's just about pipped for this one.

And so after plenty of shuffling, shifting and squeezing, here's the GAA JOE All-Star football team for 2019. 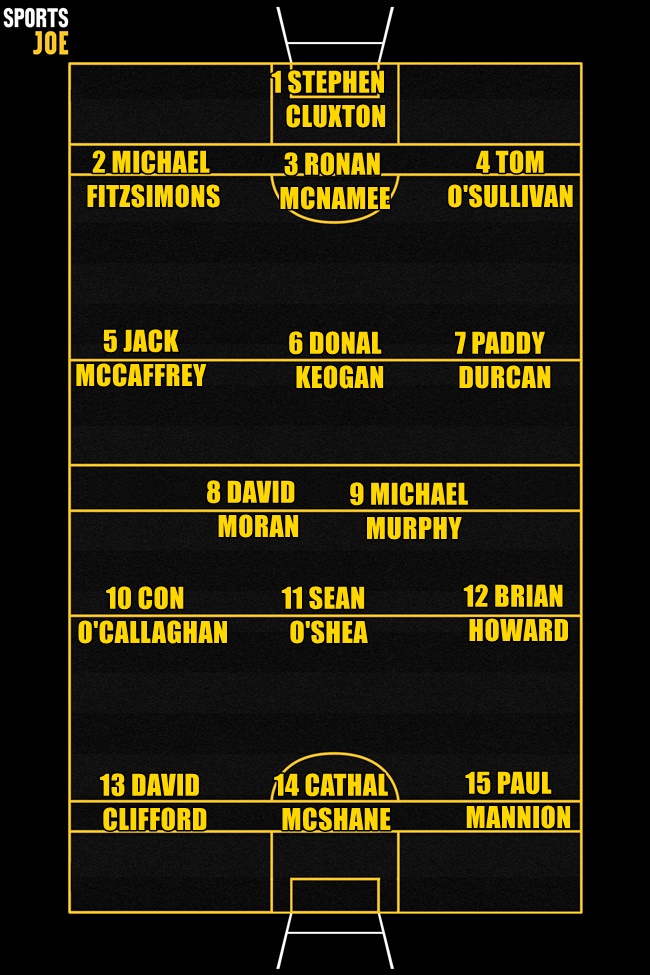 So let's meet the omissions head on.

Was imperious in Leinster and in the Super 8s but it could be argued that Dublin's season doesn't really start until the semi-final. Fenton was his usual self that day, hitting Mayo for 1-1 in a powerful closing quarter. In both the drawn final and the replay, he was peripheral though and that's why he's absent here.

A vintage season from the old stalwart. Boyle is forever young, and he was as resolute as ever for Mayo this year. There was plenty of chopping and changing, but Donal Keogan just gets in ahead of Boyler.

Who are you taking out of that forward line?


popular
Carragher pushes all the right buttons and Keane delivers in gold
Conor McGregor's next fight narrowed down to two options
Jermaine Jenas' reaction to Eamon Dunphy punditry is absolutely hilarious
"At the end of it, you're just saying, 'thank God I didn't block that ball down'"
The Tony Kelly show in the storm as forgotten man Shanagher shows his worth
Tyson Fury's official purse for Deontay Wilder fight revealed
QUIZ: How well do you know Ireland's history at the Six Nations?
You may also like
1 week ago
The three Kildare men putting their county on hurling map on Fitzgibbon weekend
1 week ago
The GAA Hour | Football | Dublin's third gear, division two bloodbath & Andy Moran positivity
1 week ago
The GAA Hour | Hurling | Limerick dominate Galway, Clare reshuffle & the art of hooking
2 weeks ago
We're all missing the point on Colm O'Rourke's comments
2 weeks ago
Tony Kelly is still only 26 and that's a winner in itself for hurling lovers
2 weeks ago
"If you are an LGBTI person, that hurts. You feel it."
Next Page