Raymond Galligan scored 0-10 on his debut for the Cavan senior team.

As you've already surmised, the Lacken club-man is a convert to the goalkeeping position, brought there by nothing other than an innocent desperation to make his inter-county career longer than it was going to be. So to say he's now an All-Star number one, just six years after he played his first ever game as a goalkeeper, is a testament to his single-mindedness, his enthusiasm and a refreshing reminder that no matter where you stand, with a bit of ambition, hope springs eternal.

What happened to the full forward? Cavan were inundated with them and Galligan's club-man Terry Hyland isn't the type of manager to string a fella along.

END_OF_DOCUMENT_TOKEN_TO_BE_REPLACED

"My full forward days were running out and Terry Hyland (then Cavan manager) basically gave me an ultimatum, he said 'I'll try you as third choice goalkeeper," Galligan takes up the tale on The GAA Hour.

"Terry was so straight. He's a great man like that. He kind of figured that my gears weren't up to scratch out the field, that this was a wiser move for me in the long term.

"He was honest from day one and just told me it's a very slim chance that you'll get playing. He did guarantee me a challenge match and I was kind of clutching to it. I didn't really travel to many games in the league because they were just bringing the lads that were togging out, but I was starting to enjoy the training." 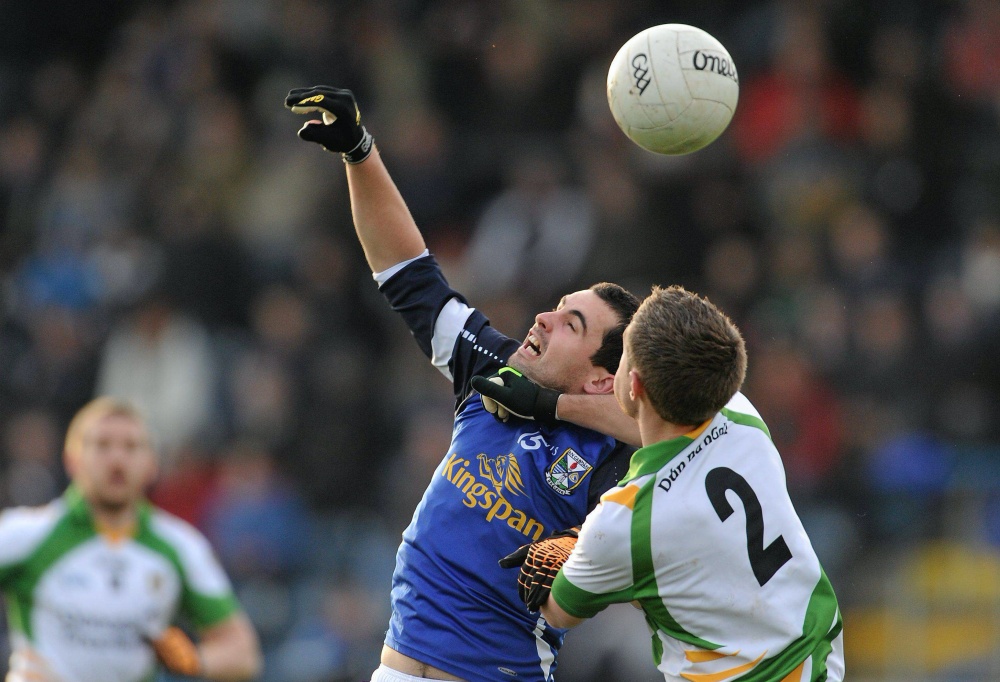 A challenge game against New York went well and by the summer colours, Galligan was the championship's bolter. From then to now, he's been Cavan's first choice keeper but he still hasn't played a full game in goals for his club.

"It comes back to 'do you really want to play?' Back in 2015/2016, you were nearly the butt of jokes going back to the club when you're third choice goalkeeper, word out there that you weren't going too well in training and that..."

"I kind of just worked so hard in 2015 behind the scenes. Gary Rogers was our goalkeeping coach and I used to get a couple of extra sessions with the likes of Shane Supple - I was living in Dublin - I was literally trying to train as much as possible on the quiet, behind the scenes to improve my goalkeeping. I suppose when I got my chance then I suppose I had put in that much work, I just gave it everything, and a bit of luck that it went my way then that I got my chance."

END_OF_DOCUMENT_TOKEN_TO_BE_REPLACED

Luck is the product of hard work and while he isn't a goalkeeper by inclination, this fella cut the cloth and made full sure the cloth would fit.

"I just wanted to keep playing for Cavan. Anybody can do it if they put their mind to it. It's the shot-stopping that was the big problem, the big bit of work for me. You're ever trying to improve that I suppose.

"The fact that I had no real traits built-up, getting the likes of Gary Rogers and Supple showed me the best techniques. I was starting off with a blank canvas.

"Kick-outs are so important as well nowadays, so you are amongst the team and you're very involved in the game nowadays."

It's a goalkeeper SPECIAL today 🧤

There were tough years and disappointing losses but Cavan are up and dressed now and this convert has moved to the core of the team. The fact that he captained his county to Ulster glory is the cherry on top of a remarkable comeback story.


popular
Alex Ferguson wrote Mickey Harte a letter - ex Tyrone boss reveals in new memoir
"I'll go back running the roads now and make sure my body doesn't get lazy"
"There are clubs in every county that you just know - they like fighting." - Fighting passes on through the generations
Steve Bruce hits back at journalist during press conference after question about his future
“How it finished was not the way I would have chosen" - Mickey Harte reveals how his time with Tyrone came to an end
GAA at its best as Bellaghy players run into team-mate who buried his father that morning
FIFA to ban agents representing player and club in same deal

You may also like
1 week ago
"That's just sport. It made yesterday all the sweeter." - After the darkness comes light for Mahony
3 weeks ago
GAA could learn a thing or two from AFL's parade and self-promotion
1 month ago
"I am a very nervous person" - Morgan's pre-game routine shows that nerves are part of the journey
1 month ago
"Jesus, the man deserves an All-Ireland medal, but it doesn't look like he's going to get one now"
1 month ago
"There were murmurs that he didn't have it on the big days" - McCurry's redemption
1 month ago
"Why is he going for the top right hand corner?" - The GAA Hour break down Ryan O’Donoghue’s penalty miss
Next Page