Fionn McDonagh: From nowhere to one of Mayo's most feared players

"The best of Fionn McDonagh is yet to come."

An underage footballer glides through the ranks barely noticed. He plays a few decent games for Rice College but there are better players in Westport.

The county minors don't bother with him. No-one from the club is kicking-up.

The under-21s nearly turn up their noses too. Maybe they should have. He makes the team in his final year but Mayo fall at the first hurdle to Galway and the overpowered wing forward is the first sub off.

Meanwhile, his club are coming good again. They rack up an All-Ireland intermediate and under-21 A in the space of nine months. He's central to the tune. Stephen Rochford is taking notice. So too are those with a finger close to the pulse in Mayo.

To James Horan he's unavoidable and soon to Mayo he's a secret weapon. Even the fair weather fans have heard by now and soon he is to half backs what mowers are to grass.

It's no secret anymore. This is Fionn McDonagh. One who avoided the radar. 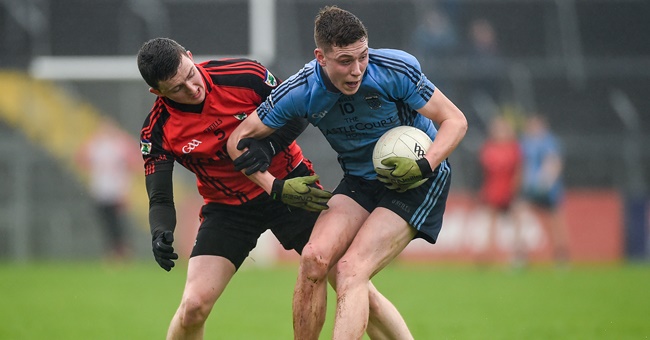 The road to sporting stardom is rarely a straight forward one. Underage sensations rarely have it smooth. Middle-of-the class dawdlers often rise to the top.

END_OF_DOCUMENT_TOKEN_TO_BE_REPLACED

Fionn McDonagh wasn't even in the class. He was an unspectacular underage player who kept on plugging away while those ahead of him slid back.

His club man James Horan provided the chance but there's not a hint of localism about this. Horan knew all about him having managed the Wesport senior team the year previous, and McDonagh has grasped the opportunity like a bog-worker would a pint of water.

McDonagh hasn't played a game for Wesport so far this year. County involvement his kept him out of League games and injuries have the championship ones and though the manager wishes to change that soon, McDonagh hasn't made himself scarce in Westport and Duffy can see exactly why he's improving at the level he is.

"He'd be at training encouraging the lads whenever he can be. A very positive individual, he's a great person for the rest of the squad to be around. Very grounded and it's those type of traits that have allowed him to settle in like he has done in the Mayo senior set-up. He's the type of lad who'll do anything that's asked of him and anything he can do to be the best he can be." 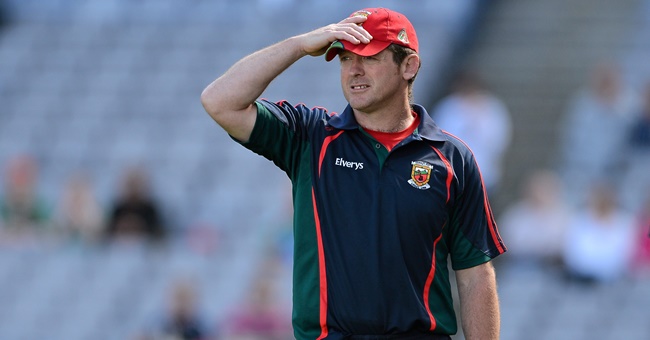 All he needed was an opportunity. The high standards of the county set-up has done wonders and Duffy bears witness to the gym work and the rough and tumble of it all paying off. He's only getting started.

"I really believe the best of Fionn McDonagh is yet to come. You'd have heard of him on the college's circuit, he was a good player with Rice College, you'd have picked him out alright as a player to watch, but he certainly has come in under the radar. He wasn't an outstanding underage player, there were certainly a few more lads in Westport who would have been better known.

"Fionn was a late developer and really he's still developing. But he's really blossoming now and I firmly do believe that there's more to come and that he can become one of the real top footballers in this country..."

END_OF_DOCUMENT_TOKEN_TO_BE_REPLACED

He gave us a glimpse of that last week with an inspired first half display against Armagh. The feint and comparably slight half forward made the Orchard men look like they were pulling cars with their boots.

You could see by his eyes he was in the zone and as he gobbled up ground and chased down balls he looked nearly impossible to stop. His left foot is a golden gun and there's little his game lacks. 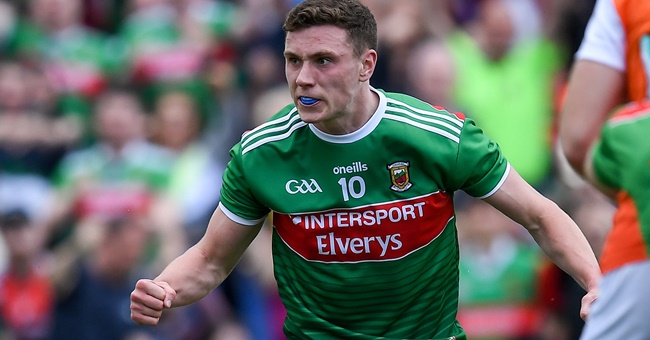 Fionn McDonagh was on fire against Armagh last weekend

That's why on Saturday evening against Galway, the unheralded sort from Westport will be one of Mayo's most important players. Injuries have hit horribly hard, but in bolters McDonagh and Coen, Mayo hold out hope that they can turn the tables on their great rivals.

"He's really showing what he can do this year. He's deceptively big and his athleticism is as good as anyone out there. He's really skilled and he's quickly becoming a very important player for Mayo...

"I really hope he brings that fire from last weekend down to Limerick again. He'll be very hard stopped then..."

Duffy just can't wait to have his ace card in a Westport jersey.

"That will be our day," he laughs!