"It dilutes your focus, it's very beneficial to get away from social media"

The what-ifs still gnaw away.

Half-time and everything was rosy in Tyrone's red and white world. Four up and it should have been more. The game-plan carried out to near military precision.

But then, like an alarm without a warning, it all went belly-up. Kerry got going and the Red Hand had little in response. The enthusiasm and the vigour of the first half missing, it was hard to put a finger on what had happened

Two weeks on and Tyrone's Richie Donnelly is coming to terms with it all. A look at the game, though an unpleasant experience, helps him pinpoint where they can improve in the future.

"It's not something that goes away within a few weeks. You try get back to the club, we were back training with the club last Tuesday. Club games then last weekend, so it lifts a wee bit of the hangover from it but it will always be there until you're back out next season and going at it again," he said at the launch of the Londis Kilmacud Sevens.

"I watched it back last Wednesday evening. It probably adds to the hangover and makes things worse but it's something you have to face up. If you want to start win them sort of games and get over the line you need to watch it back and learn from it. It's not something to shy away from. It's hard but it's what's required for improvement," he says. 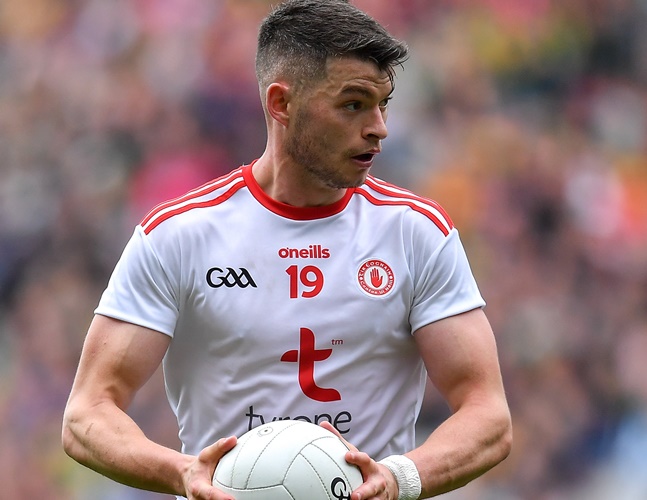 And though the year ended on a disappointing note for Tyrone, Donnelly was again one of their most impressive performers. Just as he had been all year.

He puts that consistent form down to a good run with injuries and a bit of late developing along the way.

"I was I suppose I made a lot of progress this year in terms of performing at the level that's required. And I probably feel this is the first year where I'm at that level. So I was happy with it, I've improved year on year and I'm very much a late developer I think. I'm just coming 27 now but I'm learning every year and it's something I'm enjoying..."

He didn't take to inter-county football that smoothly at first. The extreme training measures hit hard causing his body to break down.

END_OF_DOCUMENT_TOKEN_TO_BE_REPLACED

"It did yeah. Whenever I first came into the inter-county set-up I struggled with the load of it. The training, the intensity and that, and the body just wasn't right for it. I suppose that kind of halted my progress the last three or four years. But within the last 18 months I've started to really enjoy it and seen good progress just from playing games at that level.

"When I came into the set-up, I was ticking them boxes in terms of doing the S&C and whatever's required but it's a huge spike in training load and intensity. It's more a maturity thing where you're physically mature and your body can width stand it better. You kind of stumble across a pattern or a way of training that suits your body and you just learn what's best for your body when you go along. I'm kind of at that stage now..."

"It is tough definitely when you're used to playing with them boys underage and they're progressing quicker and better than you when you're injured. It's very tough being out injured but that's the motivation is to get out playing whenever you're out injured."

And now he's just hungry for more of it. He hopes that Mickey Harte will be alongside.

"As long as Mickey's there he'll have the application and the desire from all the players. We want to play for him, we want to win for him. He's done a huge amount for Tyrone GAA and especially this group because we've all inherited the Tyrone jersey that he's given us the privilege to do so. So we're forever grateful for that so as long as he's there we'll be playing for him."

As for the vicious water bottle rumours which spread like wildfire, Donnelly and the Tyrone camp couldn't help but laugh at the modern day WhatsApp culture.

“I didn’t hear it until the Wednesday after the game but it was absolute madness. We’re used to them sort of things now.

"We’re in 2019 and that’s just the nature of the world we’re in, where things just go from being a small thing into a big thing and before you know it, they’re the truth. You just kind of laugh at it.

On a more serious note, he feels the perils of social media are dangerous for an inter-county player and that's why he avoids it during the summer months.

"I would block stuff out yeah," he adds. I would go off social media completely during the summer and get rid of the apps because it dilutes your focus, and before you know it you’ve wasted an hour and a half flicking through things. But even from a work point of view, it’s very beneficial  as well to get away from social media, because it’s a bit healthier. 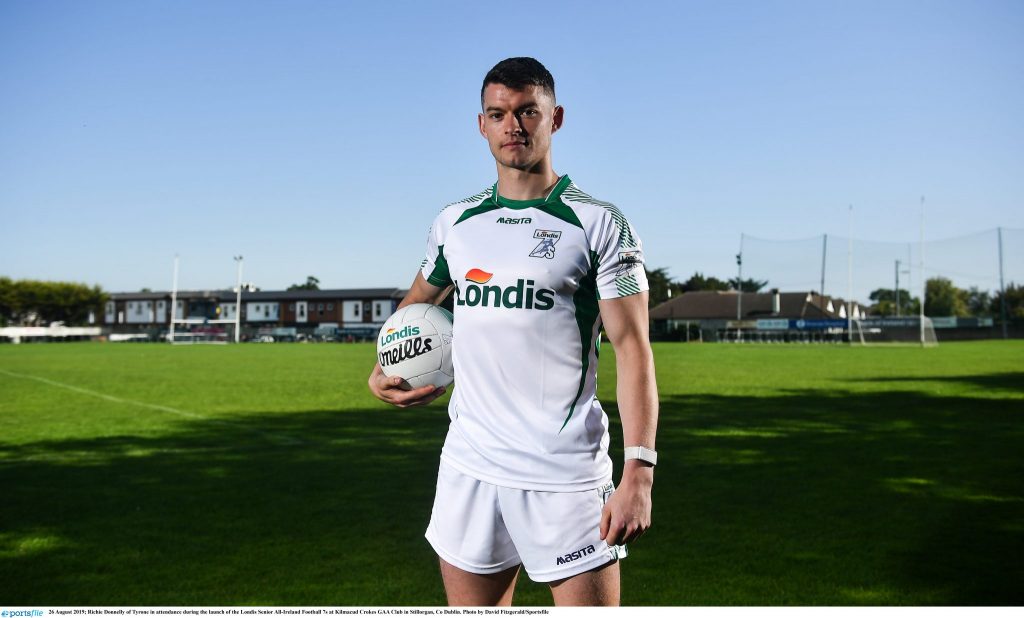 Richie Donnelly of Tyrone in attendance during the launch of the Londis Senior All-Ireland Football 7s at Kilmacud Crokes GAA Club in Stillorgan, Co Dublin. Photo by David Fitzgerald/Sportsfile

popular
How many of the 49 Premier League clubs can you name?
The SportsJOE 12 o'clock quiz | Day 115
SportsJOE 2000s Football Quiz | Round 10
Can you name every English football league club that begins with 'S'?
QUIZ: See if you can identify these retro football kit sponsors
Jack Charlton's role in getting Roy Keane to Manchester United has been revealed
QUIZ: Can you name the first professional teams of these footballers?
You may also like
3 months ago
"I went out at 18, straight from school and that breaks many players"
4 months ago
"That's not just handbags, there is a lot of really serious punches being thrown"
4 months ago
Monumental wind causes havoc in Healy Park for Dublin v Tyrone
5 months ago
Mickey Harte and Tyrone revitalised as McShane stays put
8 months ago
Trillick show their class after Brennan's missed penalty
11 months ago
The GAA Hour: Dublin's 12 minute destruction, Peter Keane's games and the real reason for falling attendances
Next Page