Darren Coen making it count after years on the fringe

Where oh where has Darren Coen been?

On the Mayo club scene, he's been on the front-line for ages. Hollymount Carramore's danger-man, he could kick points all day long.

And everyone with their finger on the pulse out west knows that.

But that doesn't mean he's a hidden gem nor a mystery man who never got a chance in with the county. A closer examination of the 27-year-old's Mayo career shows he's neither of those things.

Far from a 2019 bolter,  he's been knocking around county camps for quite some time, just hasn't grasped that chance with the razor sharp accuracy we're seeing this year.

It all started in 2009. A 17-year-old Coen was centre forward on the minor team that lost an All-Ireland minor final to Armagh. He made it two years a county minor the following year, winning a Connacht title and a man-of-the-match award in 2010. 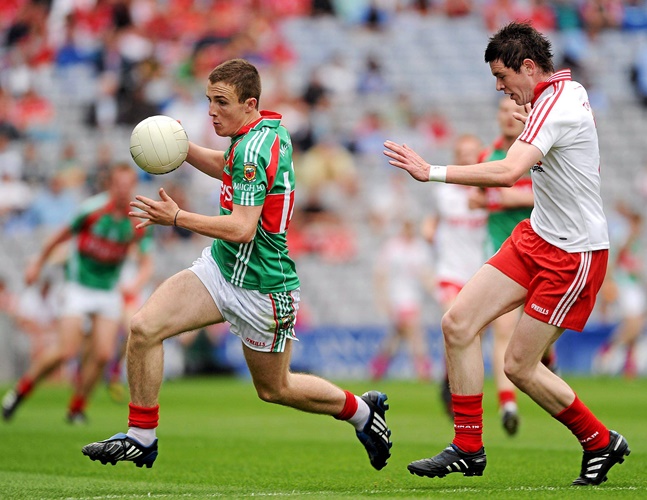 He'd feature with the under-21s for a couple of years before making the senior panel in 2012, where he played a few FBD League games. In 2013, he began making shapes and was named to start Mayo's 17 point defeat of Galway in the 2013 Connacht quarter final.

Alan Dillon started ahead of him as a late change that day but Coen made his championship debut as a sub. That first start would arrive in the Connacht final against London, when he drilled home a lovely goal.

END_OF_DOCUMENT_TOKEN_TO_BE_REPLACED

James Horan kept him involved in his final season first time round in 2014, where he again played a couple of FBD and National League games.

He didn't get much of a look-in under Holmes and Connelly, and was dropped from their panel in early 2015. From that low though, the sharpshooter shot his club Hollymount Carramore to Mayo and Connacht intermediate titles in the same year, before they lost an All-Ireland to Caherciveen in early 2016. 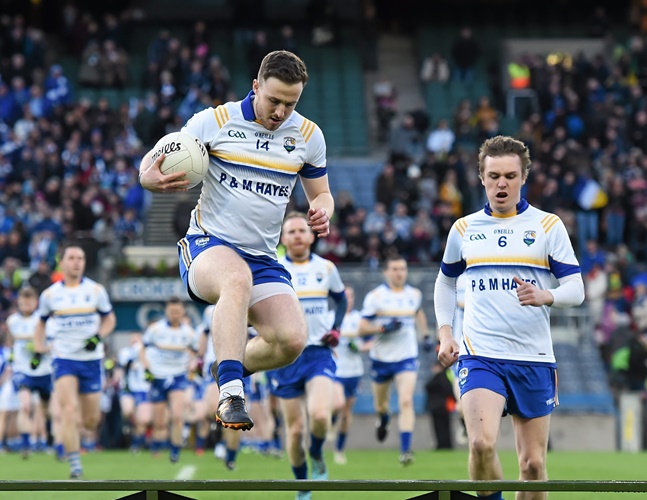 And while the club run was great, it may have counted against him under Stephen Rochford, with Coen missing the majority of his first League campaign due to those commitments. He never really made a breakthrough in the next two years but a rigorous gym training regime and some impressive early seasons trials have him back in the mix for Horan's second coming.

Against Roscommon and Armagh this year, he's been absolutely impeccable.

The lads discussed him on The GAA Hour Football show.

Wooly reckons he could have done a job in some lost finals, while Johnny Doyle is impressed with his clever footballing brain.

"Where has this lad been? Could they not have done with this fella in the 16, 17 All-Ireland finals. When the game is so close, when you need someone to swing you over one, where was this lad?" asked Parkinson.

END_OF_DOCUMENT_TOKEN_TO_BE_REPLACED

"He makes it look so easy," says the Kildare man.

"Some of the points he kicked, he was just stroking them over the bar. He's really good. He seems to have a cute enough brain to say to himself 'right, I'm not going to beat this man for pace, I'm just going to sit into the pocket, the ball comes back to me and just drop the hip then. You know he's going to score, he's a big plus for Mayo, when they needed scores, he came up with them," added Doyle.

Conan Doherty sees him as an inspiration for players who might be lacking a yard of pace.

"He's got killer instinct and not many people have that. Very few do. He knows where the posts are. I love him, as a fellow struggler with pace, he doesn't need it, he wins the ball and puts it over..."