Mark Lynch had me lined up one terrifying Friday night in Derry.

He had sauntered down the left in that deceptive way he does where it looks like he's struggling and absolutely fucked to be honest but he's still eating up yards anyway. It probably comes from playing with 13 different teams from the age of 15 and being told to run the pitch every time he got the ball. He'd take a hand pass off the corner back and someone would roar in from the line, 'go yourself, Mark', before a more urgent voice would scream, 'put it in the net, Mark'. And him 120 metres out from goal.

So there we were, about five yards inside the 45' on the left wing as he saw it and nothing but a one-on-one behind us in the full forward line. My only thought at that point was trying to encourage him to take the point. I had just tracked back, one steady pace as usual into position but was caught in the rare scenario of actually having to engage because of a turnover around the middle. 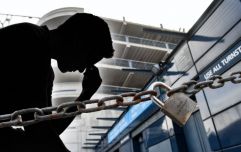 END_OF_DOCUMENT_TOKEN_TO_BE_REPLACED

I never was a good man-marker, I got enough roastings off space in the sweeper position, but this was now last resort stuff and it was a total mismatch.

Mark Lynch had about two stone of muscle on me. He had speed on me. He had skill. He had experience. He had a goal if he wanted. Honest to God, all he had to do is come at me with the 10 yards my loose shadowing was giving him and the only thing I could've hoped to do at that stage was drag him down but, even then, it would've been as feeble and as pathetic looking as Mike Catt and his English colleagues more or less being flicked off Jonah Lomu as if they were just a swarm of midges briefly forcing him to raise his finger.

But, for whatever reason, Lynch pulled up and kicked a pass back beyond the 45'. Maybe he was tired, maybe he thought we'd have extra men in position by the time he went to come in off the wing but he could've hammered me into the earth there and then if he wanted to but chose mercy.

That trend has intensified of late.

There's nothing more pointless in this world nowadays than the middle two pages of a GAA match programme (maybe the exception is the O'Byrne Cup: who's looking forward to the big final on May 13?). Not only will at least 30 per cent of the 30 names be scored out before throw-in on your official programme that you've no doubt forked out three quid for, the positions mean absolutely nothing. It's not even that no-one will stick to the positions they're named in, it's that the actual real-life positions that are used in football now just aren't there. They don't exist yet in GAA archives or reports. 16 years after the 3-3-2-3-3 was tinkered with in dark corners north of the wall, the only formation we still have any record of is a 3-3-2-3-3. 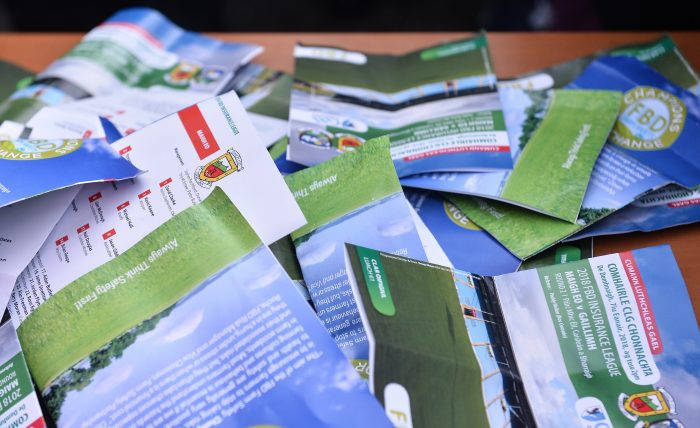 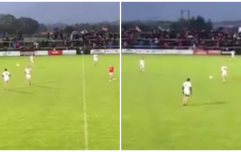 END_OF_DOCUMENT_TOKEN_TO_BE_REPLACED

No-one plays that anymore because they couldn't, even if they wanted to.

So what you get is no longer corner backs or right half forwards, you get flirtations with pragmatism.

It's the players posing as sweepers that are most interesting though. The Road to Nowhere: The year the GAA lost touch with its roots

END_OF_DOCUMENT_TOKEN_TO_BE_REPLACED

Whilst Joe Brolly could never prove beyond reasonable doubt that they were the reason for the drastic change in attacking football, it was accepted in the conscience of the nation that blanket defences were not exactly innocent of the crime.

Why would you attack in a traditional way when you have 12 Donegal animals hammering into you, swallowing you up and then deploying line-breakers that would make you vomit just thinking about going back after them?

But in 2018, it's only the threat of what might be that does the damage now. Sweepers don't actually have to do anything anymore other than get back and fill a gap that they see and that's enough because attackers are conditioned into retreating from that sight.

You could actually be scratching your arse facing in the other direction but the different colour jersey will repel a lot of players just because you're 'in the right place'.

This is happening because coaches are obsessed with not losing the ball. Any stat will show you how deadly turnovers are and anyone who's ever sat in a video review session and watched highlights of themselves giving away possession, they'll not be so keen to run the risk again.

Dublin get away with keep-ball and percentage-plays because they're faster, tidier and fitter than everyone else. Eventually, they'll wear you down. Until the rest catch up on their conditioning, Dublin don't have to try anything different

Too many have adopted the same approach though when they can't afford to. They keep the ball at whatever cost and they do not, whatever happens, allow themselves to ever engage with contact. In the process, they're turning their backs and running away from a lot of players whose guts are busted because they've just run their fourth length of the field in succession, they ignore a lot of mismatches they could easily exploit - at least try to - and they don't punish guys who are just standing there like sausages ready to be tossed over if you want to.

All it would take is breezing by one of these bodies and the entire system would meltdown. And Mark Lynch would be told to put it in the net again when he's on his own 21'.


popular
Craig Casey and four Leinster stars feature in French scouting report for Six Nations
Peter O'Mahony delivers powerful Ashling Murphy tribute after Munster win
The four unluckiest players to miss out in our predicted Ireland squad
Roy Keane's half-time comments prove correct after David De Gea admission
Xavi left ‘nearly speechless’ after seeing Dembele wage demands
Australia confirms Novak Djokovic is banned from country for three years
The FootballJOE Pub Quiz: Week 20
You may also like
3 years ago
The lost passion of Brian Kerr: The best tool Irish football won't use
3 years ago
Conán Doherty: It's the height of ignorance to expect James McClean to wear a poppy
3 years ago
Conán Doherty: The thing about Callum Robinson
3 years ago
Conán Doherty: What a rare privilege, standing on Hill 16 watching Padraig Hampsey
3 years ago
Conán Doherty: Mayo are not done - the facts don't back it up
3 years ago
Colm Boyle and Mayo's survival instinct
Next Page