Colm Parkinson: Dublin's dominance has gone too far to stop

"We're playing the best team in Ireland. It was a chastening experience for us today but we're just going to have to take it on the chin now and move on pretty quickly."

“Dublin were always superior, and particularly after that goal, the game was played on their terms, not ours, and that was not what we set out to do”

I’m used to reading the above quotes from dejected managers of teams in Leinster after being well beaten by Dublin. We’re used to it now.

Worryingly for Gaelic football the above quotes are from Eamonn Fitzmaurice and Mickey Harte, managers of the third and fourth best teams in the country and teams supposed to be able to compete with the Dubs. They can't compete though.

It’s not from the lack of trying. Mickey Harte tried his own tactics to beat them last August. He packed the defence with 14 bodies with the intention of stifling Dublin's offence and hitting them on the counter attack. But Jim Gavin knew what was coming. They didn’t give them Tyrone turnovers they needed and they were patient, moving the ball from side to side and punching holes in Tyrone’s defence until they couldn’t take it anymore.

With the rare times Tyrone did break, Dublin tracked their runners with intensity and had three men waiting around midfield and Cian O´Sullivan on the half back line. 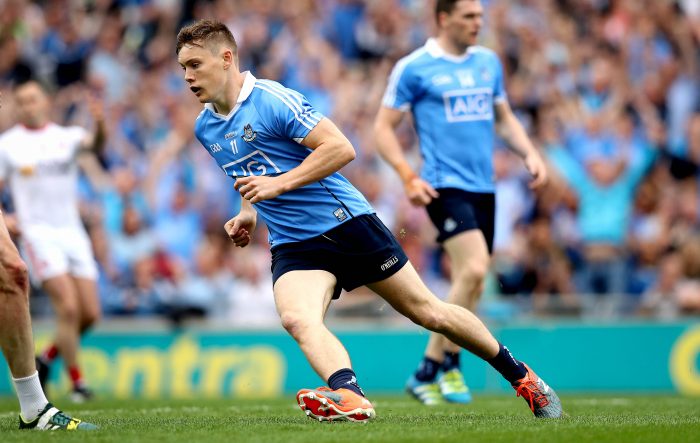 Kerry tried something different on Sunday. They manned up all over the field and looked to outscore Dublin but the All-Ireland champions just weathered the early storm and took over. They were simply too powerful for Kerry in one on one duels and could brush them aside, create the overlap and score. Kerry will come again but they have a lot of catching up to do.

END_OF_DOCUMENT_TOKEN_TO_BE_REPLACED

At the moment, Mayo are the only county that can put it up to the Dubs but how much longer will they last? Andy Moran is so central to Mayo's game plan that it’s worrying because he can’t have that many years left.

The Leinster championship is a waste of time, and that's not breaking news. The Dubs have won 12 of the last 13 Leinster titles and will probably make it to 20-in-a-row before they are stopped, if they ever are.

In January this year, the Ulster hurling championship was cancelled for three years. Antrim had won 15-in-a-row and the interest wasn’t there any more. Ulster council secretary Brian McEvoy said:

“The restructuring of the national competitions aims to provide a high number of games for Ulster counties at their own level while the apathy towards the Ulster Senior Hurling Championship in recent times has been obvious. Therefore, with a heavy heart, the Ulster Senior Hurling Championship has been discontinued for a three year period (2018 -2020)."

Wouldn’t it be great if the Leinster football championship was put out of its misery too? 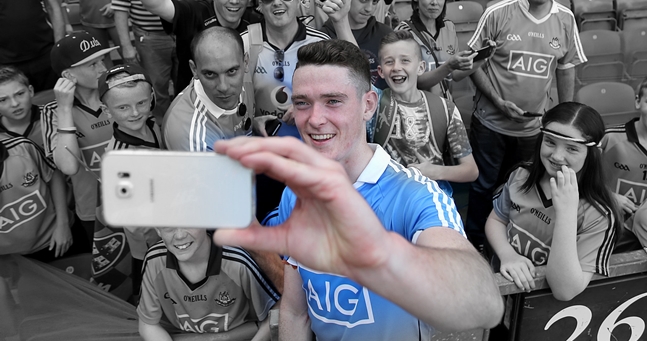 The worrying thing for Gaelic football is that the All-Ireland football championship could soon follow in the same direction. Dublin have won five of the last seven titles and don’t look like stopping any time soon. Of course, true to form, the GAA top brass have completely brushed this potential domination under the carpet.

Padraic Duffy said only this year:

“In achieving their five All-Ireland titles in seven years, the margin of victory was a single point in four finals (one after a replay) and a three-point victory over Kerry in 2015.

"This hardly constitutes evidence of a county steamrolling over all opposition, or proof of the need to divide a county because it is vastly superior to the rest and must be broken up into two or three divisions for inter-county competition”

END_OF_DOCUMENT_TOKEN_TO_BE_REPLACED

So because the margin of victory in four finals against Mayo was only a point, this proves Dublin are not dominant. You’d be glad we have seen the back of Mr Duffy with comments like that.

Mayo are a special team and a once in a generation bunch. They can put it up to Dublin but that hardly proves anything. What happens when they’re gone?

On the way to their one-point win over Mayo this year they beat Carlow (12 points) Westmeath (31 points) Kildare (9 points) Monaghan (10 points) and Tyrone (12 points).

If the rest of the GAA top brass have their head in the and like Padraic then we’re all in trouble.

Dublin receive €15.4 million more than any other county in development grants over the last decade https://t.co/CTNZha16lb via @sportsjoedotie

We know Dublin have received a disproportionate amount of funding over the last decade. We know they spend it well and have a network of coaches throughout the county.

END_OF_DOCUMENT_TOKEN_TO_BE_REPLACED

Dublin get very defensive when that’s thrown at them and they are right to a point.

The core of their team over the last five All-Ireland wins are not a product of this funding. Cluxton, Cian O'Sullivan, James McCarthy, MDMA, Bastic, Connolly, Flynn, Alan and Bernard Brogan, Philly McMahon, Fitzsimons and Kevin McManamon are a once in a lifetime golden generation and with good management like Pat Gilroy and Jim Gavin they have won their All-Irelands on the pitch. Remember these were the startled earwings that got their arses handed to them by Kerry until Pat Gilroy turned into winners.

Their All Ireland titles won with blood, sweat and tears should not be cheapened by this debate around funding. However, that generation is moving on and more brilliant players are coming through and the gap is widening rather than closing so it’s in the years to come we’ll really see the effects of this funding.

We know Dublin enjoy the natural advantages of population. I’m from Portlaoise and am well aware of the advantage we have over other clubs in Laois regarding playing numbers (now, there are also challenges that come with living in a big town too and that needs to be pointed out).

Added to that, they play all their league and championship games at Croke Park so there’s no debate that it’s home venue for them. We know across all sports how much an advantage there is to playing at home. A big factor in Mayo putting it up to Dublin in Croke Park is that their fanatical fans travel in such numbers and make as much noise as the Dubs. Don’t for a second think the roar of the crowd doesn’t have an effect on players.

When you combine all this with professional structures, ability to attract sponsors, lack of commutes for their players and good coaching, the idea of Dublin turning the All-Ireland series into the Leinster championship is very real.

I’m not sure even Dublin fans would want that.


popular
James Haskell on text exchange with Peter O'Mahony after Ireland's victory over Scotland
The SportsJOE 12 o'clock quiz | Day 103
Fines and suspensions in Tipperary after stewards enquiry
Can you name the first clubs these players went to after leaving Celtic?
"The academy boys have turned into small monsters over the past few weeks" - Peter O'Mahony
SportsJOE 2000s Football Quiz | Round 8
"I have more work done than any player in Ireland" - The Trevor Giles tribute show
You may also like
1 month ago
Seven-time All-Star Goldrick using time off to strengthen and improve
3 months ago
Dublin hurler Mick Carton back on the mend after winning another battle
3 months ago
"I'd spent hours and hours honing my left foot with my dad when we were young"
3 months ago
April club month a goner as virus threat causes longer delays
4 months ago
"That's not just handbags, there is a lot of really serious punches being thrown"
3 weeks ago
"It was just frustrating seeing parks and public places open in bigger cities"
Next Page