There won't be a busier man in Ireland this winter than Mickey Graham.

Graham took over the footballers of St Columba's Mullinalaghta three years ago with modest hopes and with low expectations. Three whirlwind years on and he's won them their first county title in 66 years, followed it up with two more back to back and all the way through it, him and his mighty Mullinalaghta men have been striving for more.

Some amazing work done, but there was more to do.

They've been leaning on the Leinster door for a few years and on a sumptuous Sunday in Tullamore, they beat that door down. 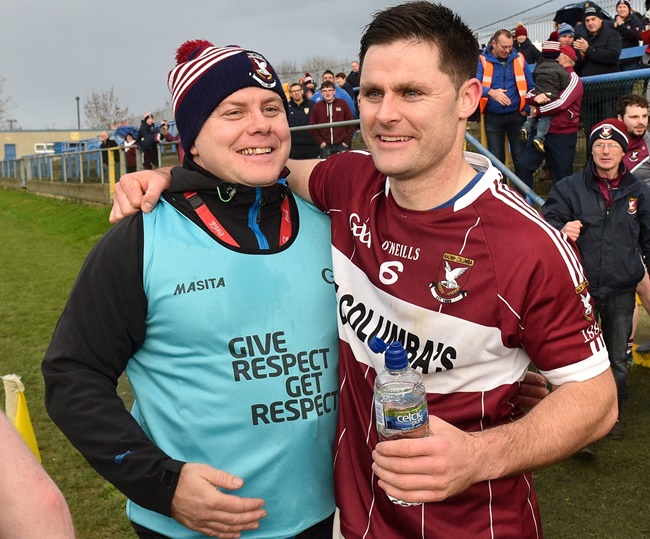 And now every other club in the country is talking about them, inspired by them, envious of them, using them as an example.

END_OF_DOCUMENT_TOKEN_TO_BE_REPLACED

Against all the odds, the men from the half parish of Mullinalaghta in Longford defeated the cream of Dublin, the super club that is Kilmacud Crokes. With Ireland's largest club rattled after an even first half, it turned into a dogfight and when it comes down to guts and grit, the Longford men are hard beaten.

That was exactly what it turned into and when the going got tough, the tough did what they do. Paddy Fox took care of Paul Mannion, James McGivney jostled, harassed and annoyed every Kilmacud man to the point of heartbreak while captain Shane Mulligan blazed a trail.

Mastermind of it all was that man Mickey Graham on the sideline and though he probably never envisaged it, he's got one hell of a new year ahead of him now.

That's because he's already been appointed the Cavan senior football manager for 2019 and with Mullinalaghta's All-Ireland semi-final against Dr Crokes not taking place until February 19 - peak National League season - it's fair to say he's got a bit of a decision ahead of him now.

END_OF_DOCUMENT_TOKEN_TO_BE_REPLACED

Does he double-job it? Does he keep Cavan waiting? Does he go every second night? Does he go with two training sessions of a Friday night? Will he ever get a moment's peace again?

It's question time and after speaking so well in front of their giddy supporters at the homecoming last night, Mullinalaghta let him know all about it with a brilliant banner in the parish hall.

The scenes at that homecoming were something special.

Putting their bodies on the line ...⁦@TheLaurelsM⁩ manager Mickey Graham pays tributes to his team at tonight’s very special homecoming and tells other small clubs they can also do it . #gaa ⁦@RTEsport⁩ pic.twitter.com/HhMYb0BHZJ

The bonfires are lit as the half parish of Mullinalaghta celebrate their stunning Leinster success #Mullinalaghta #rtegaa pic.twitter.com/tdWYdOG511

Graham isn't the only one facing a tough time. Longford's new manager Padraic Davis will face into the League - an important competition for them without 11 Mullinalaghta men.

That's not ideal and it's not fair and it it all nods to the fact that these club competitions should be finished off in the one calendar year.


popular
"He rode him like a machine rather than a racehorse" - Mullins doesn't spare Townend as second string come good
"Remember that name" - Sonny Bill Williams raves about Ireland U20 star after outrageous try assist
Matt Williams wants two changes and Peter O'Mahony benched for Ireland vs. France
Peter O'Mahony reaction to Liam Williams scuffle shows he may finally be mellowing
Ireland vs Wales: All the big talking points, moments and player ratings
Two changes as familiar faces return to our Ireland team to face France
"The truth is I've never actually worked a day in my life" - Russell bows out on his own terms
You may also like
2 weeks ago
QUIZ: How many of the 33 county SFC champions for 2022 can you name?
3 weeks ago
"You need to be able to hurl your way out of trouble" - Composure the key to Dunphy's game
1 month ago
"We'll have plenty of Christmases" - McGowan and club players should be envied not pitied
1 month ago
'With the worlds’ greatest thief not able to take even just one friendship away' - Cooper retires with heartfelt statement
1 month ago
Mickey Moran gives a rare interview in TG4's brilliant Anton O'Toole documentary
1 month ago
How many of the 65 county senior champions for 2022 can you name?
Next Page