It would have been understandable if a few senior players on the Mayo panel took a step away from the grind of the inter-county scene at the start of this year.

Many of the squad have massive work commitments. 10 of the 2017 panel either work or study in Dublin and face epic commutes three and four times a week. And then there's the heartbreak.

Four finals lost in six championship summers - the last three of which that were settled by just one point. How could you face into another long, gruelling set of winter training sessions after all of that?

However, after another tough League campaign in which they just about staved off relegation, Mayo have had no retirements as they prepare for their Connacht opener with Galway in May.

"It's been that mad of a year that it has probably been the most enjoyable year ever," Moran told The GAA Hour a couple of months ago.

"I think the big three were probably myself, Alan Dillon and David Clarke. I can't see any reason for any of us to step away. I expect all management and team to be back next year and hopefully add a few young fellas to it as well."

Moran spoke extremely well on how his work with former Arsenal strength and conditioning coach Barry Solan has done wonders for his sharpness and form.

Asked if he is leading the way in team sprints, the 34-year-old demurred. There are a few other younger bucks vying for the role of Mayo's fastest player.

"We've a few actually. David Drake, the brother-in-law, would be right up there.

"Paddy Durcan would be too. When Paddy and Lee Keegan put their minds to it, they're the two to catch." 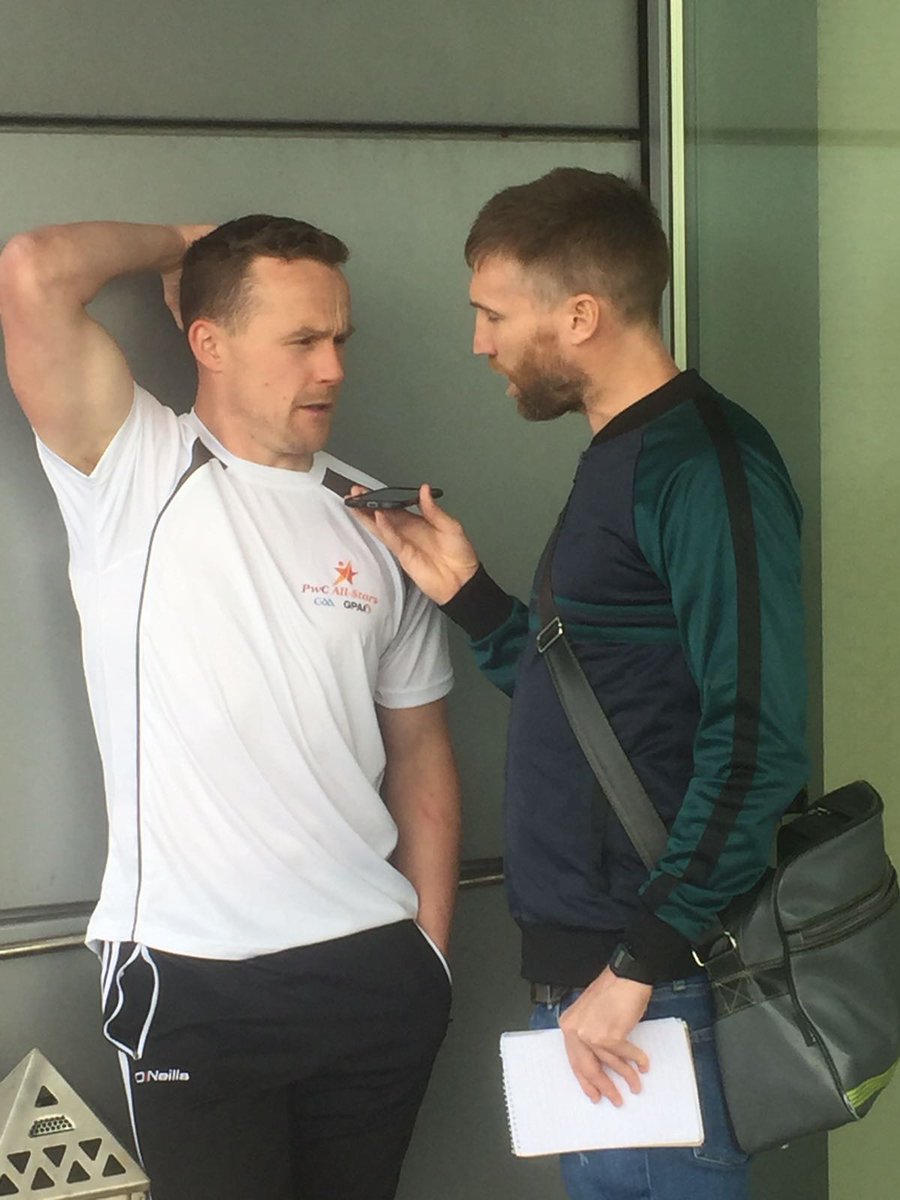 Andy Moran showing off biceps and triceps during his chat with GAA Hour host Colm Parkinson.

When it comes to straight out fastest on the Mayo panel, Moran offered up more on SportsJOE Live. He said:

"David Drake would be... hmmm. David, Lee and Keith Higgins are fast. I'll give it to David as he's the brother in law."

Keeping that title in the family.

Not wishing to burn any of his teammates, he named himself as slowest in the squad. He may not have that burst of speed any more but he can sure make a mess of opposition defences.


popular
Warren Gatland mentions three Irish players as potential Lions captain
The SportsJOE 12 o'clock quiz | Day 221
"We're doing it for the group and for what's going on in the country" - Andy Farrell
QUIZ: Can you guess the football club badge?
Two changes as Ireland name team for Six Nations title decider
The SportsJOE 12 o'clock quiz | Day 220
Marcus Rashford has moved his mum into this incredible luxury pad in Manchester
You may also like
1 week ago
"There's a nice bit of balance in that full forward line" - Mayo moving well
1 month ago
QUIZ: Which is the correct GAA crest?
1 month ago
GAA voices need to make more noise in fight against disjointed restrictions
4 months ago
"Maybe my leadership can be a bit raw. It's something I've had to improve on"
5 months ago
Lee Keegan on what he misses most
7 months ago
Andy Moran: Using the time off to become a better player
Next Page