Meath manager Andy McEntee is on the fence with the new rules.

He sees potential in some of them, he sees holes in others but either way he doesn't feel the 2019 League should be used as a Guinea pig for them, especially at such late notice.

"My real concern is the importance of the league. For 80% of teams, the League is the competition that counts most and you're making an experiment out of it," he said on Monday's GAA Hour podcast.

And while he would be up for giving most of them a run at some stage, he thinks a bigger and more realistic sample is needed than the O'Byrne Cups of this world and one thing he definitely doesn't agree with is the plan not to let teams know whether they'll be in operation for the 2019 League until seven days before it begins. 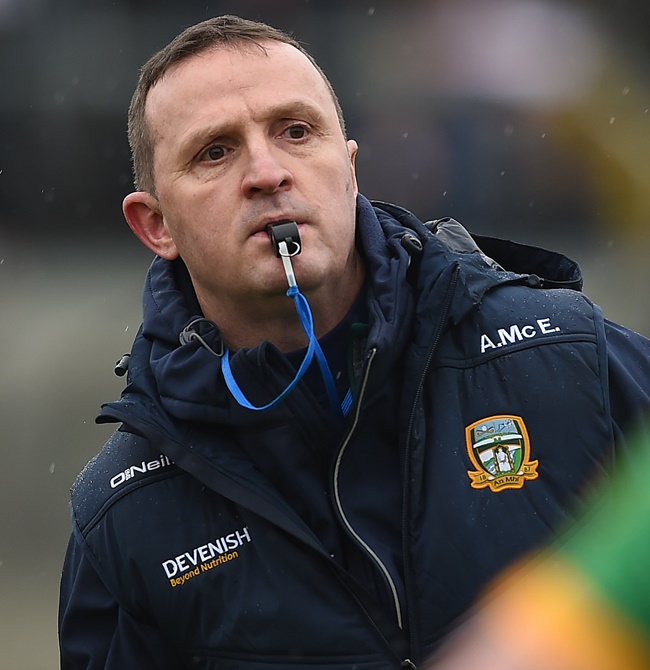 Make a decision and go with it.

Himself and Colm Parkinson then got into a fascinating discussion about the new rules and the lads came up with a good point about how teams should negotiate the hand-pass restriction rule.

Colm Parkinson: I think the principal with the hand passing rule (is good.) From watching the game, (Meath and Laois in O'Byrne Cup) players are waiting until the third handpass to kick it, just putting too much pressure on the fella who gets it the third time...You should always be looking for a kick-pass, that should be your first instinct, and there should be lads ahead of you, breaking and looking for the kick-pass...If that's not on you can use the handpass, but the idea was that the third lad was just sold down the river, all the pressure was being put on him...

So, kick it when possible and use the handpass if necessary, but if you've no handpass lives left, run the ball, make space for yourself, don't panic.

Colm Parkinson: I think they will get used to it...there's so much handpassing, just passing the book for the sake of it, instead of going well I have to make something happen here...there's too many fellas on the field in a huge comfort zone...

Colm Parkinson: That's fine and you will get joy with that, but how will you work the ball out the field then when you've nobody ahead of the ball and you have to kick it...You have to find a balance...

One thing both of the lads agree on is that the mark should be inside the 21, rather than the 45 - the 45 mark making it a game similar to the stop-start nature of Aussie Rules rather than the free-flowing gaelic football which is what we wanted in the first place.

You can listen to the McEntee interview and much more from Thursday's GAA Hour Show.