18 years a stalwart, Munnelly has more in the tank

17 seasons putting it in. 77 games in the white heat. Ross Munnelly is a one-man stat-machine.

When you think of Laois football, you think of Ross Munnelly. Back in the gold days of Micko and Leinster titles, he was the blonde bomber in the corner. It's a different set-up now and Gaelic football has changed immeasurably in the meantime but one thing remains a constant. Go to any Laois game you like and you'll see the Arles Kilcruise attacker on top of the left. It might only be for 10 minutes, it might be for 20, but he still has something to offer.

The pace mightn't be as potent but the eyes have seen it all.

Colm Cavanagh, Diarmuid Connolly and Jack McCaffrey were among the Gaelic footballers who called it off during the Covid shut-down. Such a prospect never entered Munnelly's head.

"Honestly it never crossed my mind throughout Covid. That wouldn't make any sense to me at all.

"Every year is a challenge. There are new kids on the block, at both ends of the field that I'm competing with. It's something that I relish," he said at AIB's launch of the All-Ireland championships.

At 37, Ross Munnelly is raring for his 18th Championship with Laois🤝 pic.twitter.com/adaJHXYKuc

"You have the added incentive of trying to adapt now, playing championship heading into winter. It's all about the challenge, trying to reinvent myself and contribute at all times in a playing or non-playing capacity. It's a challenge I enjoy every time I put on the boots to go out and train." 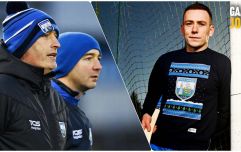 END_OF_DOCUMENT_TOKEN_TO_BE_REPLACED

Instead, his head is filled with thoughts about the prospects of this Laois team. The late comebacks against Fermanagh and Roscommon in the League. The young lads coming through. The 18th Championship season.

"The professionalism around the game has changed a huge amount. It's far more in-depth with video analysis, strength and conditioning, nutrition, managing player load. But those in isolation are not enough," he says, "When you go out to play, you have to be able to win possession, kick, catch, shoot and pass with accuracy. No matter how much everything else is ramped up [those things are still important]. 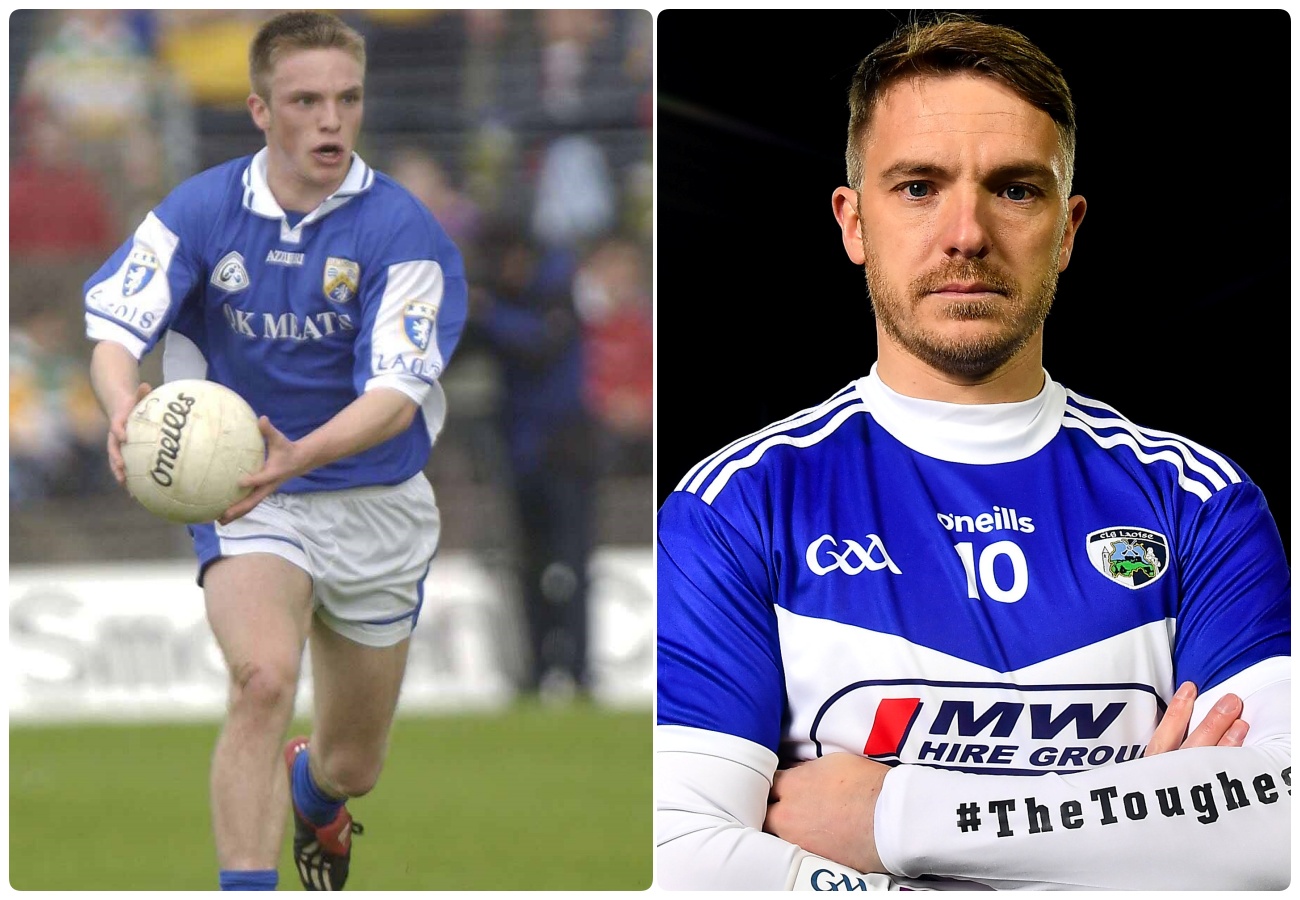 "The mark probably will play a big part coming into the championship in lesser footing conditions on pitches. The skills of the game have never been more important."

Whether kicking football for Laois, whether studying for his MBA or working as director of Alumni Relations in DCU, Munnelly says that the key to longevity is adaptability.

"My overall point is that in work or further education, I've always found that I can bring a lot of those transferable skills to a dressing room and how I approach a game. Particularly, to be adaptable. At one time, my game would have been built around speed. That was maybe for the first decade. I had to adapt and change. The more I do things that take me out of my comfort zone, it helps me to do that..."

Now, it's all about leading in the dressing room, leading on the pitch. Using his experience to make the right decisions. 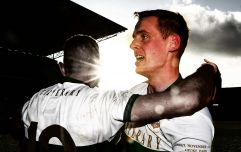 "His consistency for Tipperary over the years has been phenomenal"

END_OF_DOCUMENT_TOKEN_TO_BE_REPLACED

"For a long time playing, I would have been embedded in my own game and thinking about what were my strengths and so on. The experience of being involved in a club, coaching, additional study, helps show the bigger picture."

And now, he's looking ahead to the challenge of Longford in Glennon Park this Sunday.

Munnelly is Laois' man for all seasons. 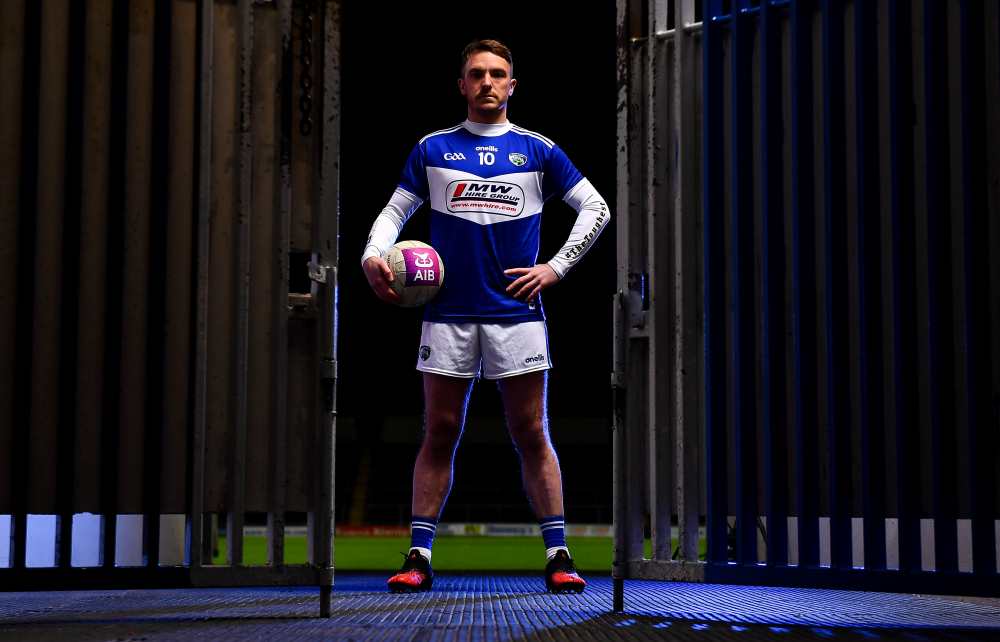 Pictured is Arles-Kilcruise and Laois Footballer Ross Munnelly at AIB’s launch of the GAA All-Ireland Senior Football Championship. Now in their sixth season sponsoring the football county championship and their 30th year sponsoring the club championships, AIB are proud to support some of #TheToughest games there are. In addition to the launch, AIB will soon be releasing their new TV Ad, a fast-paced and upbeat celebration of the 2020 GAA All-Ireland Senior Football Championship. For exclusive content and to see why AIB are backing Club and County, follow us on @AIB_GAA on Twitter, Instagram and Facebook. Photo by David Fitzgerald/Sportsfile

You may also like
1 week ago
In the wind and rain, brilliant Breen doesn't take no for an answer
1 week ago
Kilkenny camogie community left devastated with tragic passing of under-14
2 weeks ago
"I didn’t know where I was really meant to be. I was running around like a blue-arsed fly!"
2 weeks ago
Paddy Durcan's fearlessness a sight to treasure in the age of lateral hand-passing
2 weeks ago
"Its a tough journey now. But we are glad to still have the opportunity"
2 weeks ago
Why RTÉ clips may not be available for some viewers in the north on social media
Next Page