Zlatan also took aim at the quality of the Premier League

Zlatan Ibrahimovic has taken aim at his former side Manchester United, claiming that they 'talk too much about the past.'

In an interview with the Guardian, the now-AC Milan forward spoke about United's struggles to win trophies following the sacking of Ole Gunnar Solskjaer last weekend.

END_OF_DOCUMENT_TOKEN_TO_BE_REPLACED

It's been eight years since the Premier League last came to Old Trafford, and Ibrahimovic warned the Red Devils that unless they can move on forward from their past woes, they will struggle to win trophies.

"They talk too much about the past," the 41-year-old said.

"When I went there I said ‘I’m here to focus on the present and to make my own story.’

“But when you have too much it becomes like a loop. You have to think about the present or you should go to a hospital and clean your head.” 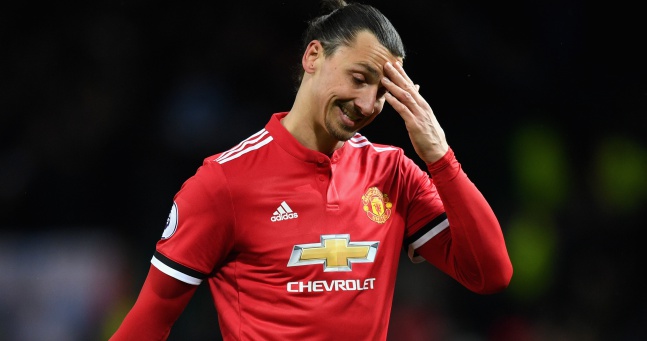 END_OF_DOCUMENT_TOKEN_TO_BE_REPLACED

Ibrahimovic went on to provide his thoughts about the Premier League as a whole, in which he think that whilst it is a physical league, there are others which have better technical ability.

The experienced journeyman said: “The quality is overrated in a technical way.

END_OF_DOCUMENT_TOKEN_TO_BE_REPLACED

“But the Premier League has different qualities – the pace, the rhythm. You can be the best player in the world but if you cannot handle that pace and rhythm [you won’t succeed].

“In Spain, France, Italy, the technique is better. That’s why there are so many foreigners in the Premier League. They bring the technical [aspect].”

Despite his observations however, he insisted that he enjoyed his time in England, where he scored 29 times in 54 appearances.

He said: “I had a great experience in England. Manchester United are an amazing club and we won a couple of trophies [the League Cup and Europa League]."