The Real Madrid players found out their manager was leaving just over 72 hours after they had claimed their third successive Champions League trophy.

Zinedine Zidane has stepped down as Real manager but told reporters and fans that his departure was a case of 'Hasta pronto' [see you soon].

The French football legend led Los Blancos to nine trophies in just under three seasons, including that remarkable treble of Champions League triumphs. He told a press briefing that he decided to walk away as the European champions could do with a fresh voice with fresh ideas.

"If I can't see clearly how we're going to continue winning," he said, "or how I want them, then it's the best time to change. To not continue." 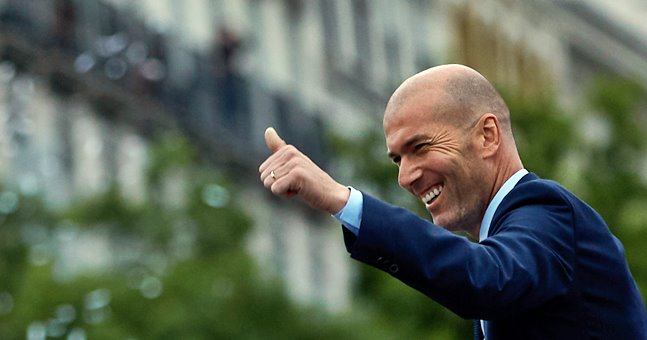 Zidane's final success as Real boss comes after he led his side to a Champions League final win over Liverpool. Captain Sergio Ramos lifted the trophy in the early hours of Sunday morning, in Kiev, and the celebrations rolled on into Tuesday before the squad finally broke up and went their separate ways [many will be on World Cup duty this summer].

On Wednesday, however, Zidane dropped into the squad's official group messaging service to break the news he was leaving.

Ramos, as captain, was afforded a call by Zidane and the pair left it on positive terms. The former Real and Juventus midfielder told the assembled media:

"I've sent a message to all the squad and I've spoken to Sergio Ramos. As always as a person and captain, we have lived a lot together, he respects my decision.

"He wished me luck. He is a leader, a captain and it has been a pleasure to share three more years with him."

No calls for Cristiano Ronaldo, Gareth Bale or Karim Benzema but a respectful chat with the club's long-time captain.

As a player and coach you decided to say goodbye at the top. Thank you for two and a half incredible years. Your legacy will never be erased, one of the most successful chapters in the history of our beloved @realmadrid pic.twitter.com/dO6bw74aA3

END_OF_DOCUMENT_TOKEN_TO_BE_REPLACED

Earlier this season, Zidane was forced to face the press to down-play a spat between Ramos and star player Ronaldo after it had dragged on too long.

"Sergio is very clever, he can say what he wants and so can Cristiano," Zidane told Eurosport. "They've spent so long playing together and have won a lot of things together and it doesn't mean anything if they disagree on something from time to time."

Zidane has moved on and Ronaldo has yet to decide on his next move with the club.

Ramos, one suspects, will hang around a while back.

popular
In defeat, Jerry Kelly dies with his boots on in coming of age final display
QUIZ: You have 30 seconds to answer this one tricky football question
The SportsJOE 12 o'clock quiz | Day 286
SportsJOE 2000s Football Quiz | Round 11
"Djokovic is a tool" - Tennis world turned upside down in day of days
You'll have to be a diehard fan to get 20/20 in this Liverpool players of the 90s quiz
"Newcastle fans have been served up dire tripe for about ten years"
You may also like
4 months ago
Sergio Reguilón would be a massive upgrade on Luke Shaw for Man United
4 months ago
"It's in the club's hands and they make things very difficult to be honest"
1 year ago
Move over Sergio Ramos, there's a new shithouse in town
1 year ago
Let's talk about Cristiano Ronaldo's ongoing decline
1 year ago
Postponing El Clasico shows two fingers to democracy
1 year ago
Real Madrid are La Liga leaders but remain deeply flawed
Next Page