Zidane made the surprise announcement at a press conference in the Spanish capital on Thursday afternoon, less than a week after he helped guide Madrid to their third Champions League title in three years.

He has won more Champions League titles than he has completed full seasons as a manager and was probably wise to walk away at the top. 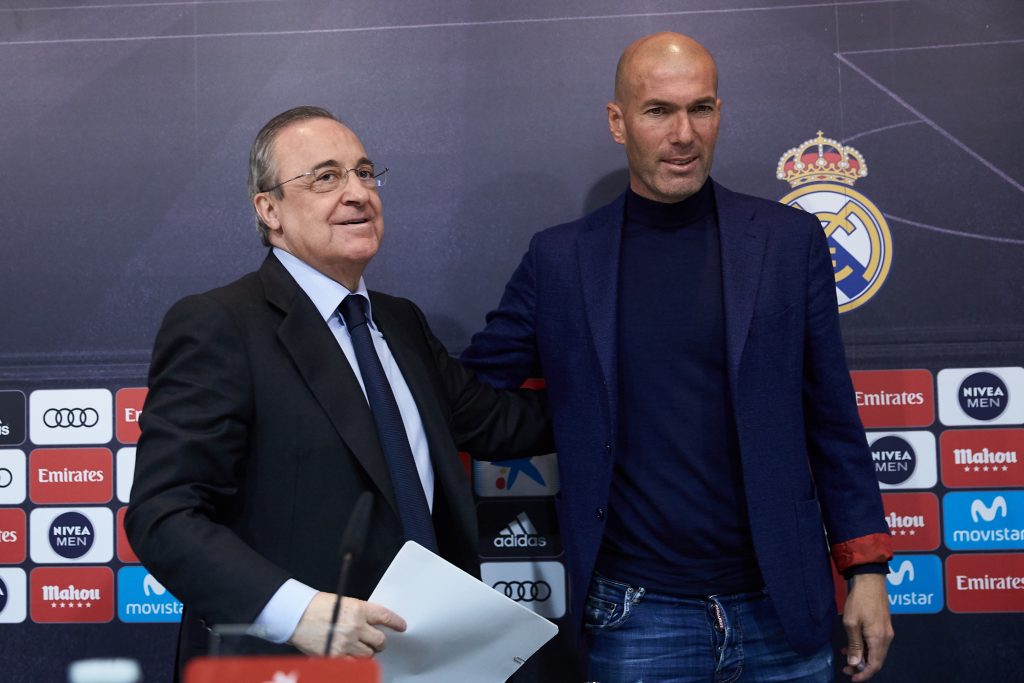 Back in January, with Madrid miles behind Barcelona in La Liga, there were suggestions that the club were preparing to sack Zidane, and three seasons is possibly the natural lifespan for a manager at the club.

As a player and coach you decided to say goodbye at the top. Thank you for two and a half incredible years. Your legacy will never be erased, one of the most successful chapters in the history of our beloved @realmadrid pic.twitter.com/dO6bw74aA3

END_OF_DOCUMENT_TOKEN_TO_BE_REPLACED

Gareth Bale has yet to post a social media message about Zidane. According to reports, the pair have not seen eye to eye over the last season or two, and Zidane was the main reason why Bale suggested he may leave the club - with Manchester United a possible destination. The Welsh forward was dropped for the Champions League final but made his presence felt when he came on for the final 30 minutes.

After scoring twice in the game against Liverpool, Bale told reporters that he will need to make a decision about his future with Real as he hasn't played as regularly as he would have liked over the past 18-months.

Zinedine Zidane got in touch with Sergio Ramos before he left Real Madridhttps://t.co/8U2K0N7NaN

According to Paul Joyce, writing in The Times, the relationship between Bale and Zidane was "strained" and the pair had a row last season after the Frenchman told Bale to track opposition full-backs and help his teammates when they lost possession. The forward didn't think he should have to do this and Zidane responded by dropping him from the first team. The Welshman made 39 appearances last season - 13 of those came as a substitute - and he only completed the full match on 10 occasions.

The former Tottenham star said following the Champions League final that he had not spoken to Zidane, despite scoring the decisive goals in Kiev, and it appears there was no love lost between the pair. The report claims that Bale's representatives are due to meet Madrid president Florentino Perez within the next two weeks to discuss the player's future. Those talks may be easier now that Zidane has left. 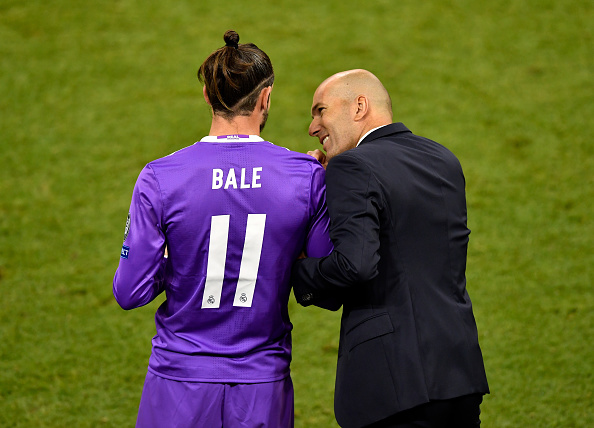 Perez pushed to sign Bale from Spurs in 2013 and the Welshman has been a favourite of the Madrid president. With Zidane gone and no obvious next destination for Bale, the smart money looks to be on him remaining at the Bernabeu. He was said to be reluctant to leave, but clearly felt he had to if he wasn't playing regularly.

Manchester United have been strongly linked with a transfer, but Bale's age, wage packet and transfer fee could an issue for the club. Bale earns a reported £650,000-a-week and United made a massive financial outlay on Alexis Sanchez in January, making him the highest-paid player in the Premier League.

Bale may see his future at the Bernabeu now that Zidane has left, as his first preference has always been to stay with the club.


popular
Roy Keane's first impression of Cristiano Ronaldo proved to be very accurate
The SportsJOE 12 o'clock quiz | Day 290
The 14 Irish players Down Under as TG4 come up with the goods once again
Joe Rogan reveals he could be parting ways with the UFC
The controversial reason Conor McGregor's win over Nate Diaz was not unanimous
Michael Bisping tears into Dillon Danis for 'trying to be Conor McGregor so hard'
Joe Rogan heard Dillon Danis insulting Khabib and here's what he said before the fight
You may also like
4 months ago
Gareth Bale deserves more than the statement Real Madrid released about him
4 months ago
Sergio Reguilón would be a massive upgrade on Luke Shaw for Man United
4 months ago
"It's in the club's hands and they make things very difficult to be honest"
1 year ago
Move over Sergio Ramos, there's a new shithouse in town
1 year ago
Let's talk about Cristiano Ronaldo's ongoing decline
1 year ago
Postponing El Clasico shows two fingers to democracy
Next Page