Former Manchester City midfielder Yaya Touré has accused Sky Blues manager Pep Guardiola of trying to orchestrate a revenge mission against him during their time in Manchester.

Guardiola arrived at City two years ago and went on to win the Premier League by a record number of points this season as his side finished 19 points clear of rivals Manchester United.

Touré, 35, played over 2300 minutes in each of his first six seasons at the Etihad but he saw that number dwindle to 1946 minutes played in Guardiola's first season and then just 228 minutes played in City's title winning campagin. 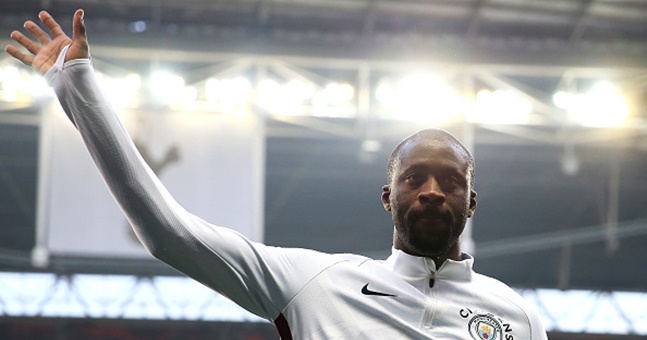 Touré said that some of the City players told him that they hated Guardiola and that he feels that the former Barcelona manager feared losing the City dressing room without his presence at the club.

“Pep likes to dominate and wants to have obedient players who lick his hands. I do not like this kind of relationship. I respect my coach but I am not his thing,” he told France Football. “Like all players, I have bickered with my coaches. But at a certain point, men who do not understand each other reconcile.

"This is not possible with Pep, who is very rigid. The other players will never admit it publicly but some have already told me that they ended up hating him. Because he manipulates and plays a lot with your head.

“When he arrived at City, he told me right away that he needed me to coach the youth. Even if I had some options to leave, I thought that I would be able to enter the legend of the Citizens.

"The same thing last summer when he asked me to stay. Maybe he was afraid of losing control of the dressing room if I left because he knew what I was representing for the group? But after the transfer window closed, I saw that I was removed from the team.” 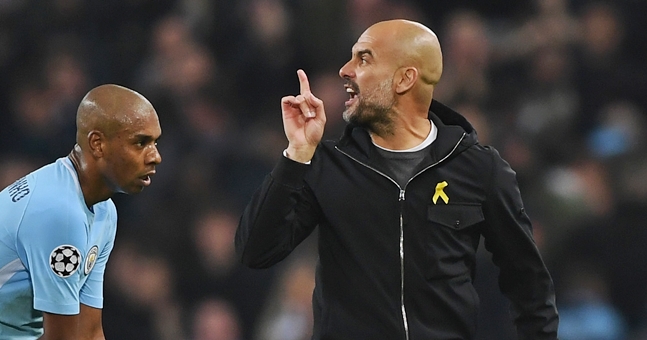 Touré had to wait until City's final home game of the season against Brighton for his first start and he said that he felt that his reduction in appearances last season stemmed from a revenge mission from Guardiola.

“I think I was dealing with someone who just wanted revenge on me,” added the four-time African Footballer of the Year.

“I do not know why but I have the impression that he was jealous of me, that he took me for a rival. There you have it.

"We always looked at each other weirdly. He was spinning around me without saying anything, watching me, gauging me, but not talking to me.

"Yet he knows that I speak Catalan, Spanish and English. It should be enough to communicate both. But apparently no ... Every time we passed each other, he seemed embarrassed. As if I made him a little self-conscious. As if, also, he had understood that I knew him perfectly.

“As someone proud, he wants to succeed with his players, those he has chosen and not those who have been chosen by others. This is his project. And woe to him who does not belong to it.

"Actually, I want to be the one who breaks the Guardiola myth a bit. Barcelona, he did not invent it. He just had the intelligence to adapt what Cruyff had set up. Then, at Bayern and City, he tried to reproduce the same patterns but with this requirement: working with ‘his’ players and with almost unlimited means. It would not work at Crystal Palace or Watford.

"For me, Zidane is bigger because he has fewer requirements and shows great respect for all his players. Pep, he wants to be considered a genius. He loves it. But there is a lot of comedy behind all this, it’s a bit of anything. He creates a character. When I see him scratching his head in full match to show that he thinks thoroughly, it makes me laugh. It’s comedy.”


popular
The SportsJOE 12 o'clock quiz | Day 110
QUIZ: Name every player that's scored three or more Premier League hat-tricks
The SportsJOE 12 o'clock quiz | Day 109
'ROG was the kingpin... he just wanted to win, win, win' - Barry Murphy
"Some of the guys have put a lot into it" - Felipe Contepomi confident Leinster can start fast
What Leinster's strongest XV looks like when everyone is available
SportsJOE 2000s Football Quiz | Round 9
You may also like
6 months ago
Caraboa Cup Quarter Final highlights and semi-final draw
7 months ago
"For me, it's quick, attacking, flowing football with the right intent" - Ole Gunnar Solskjaer
7 months ago
Jesse Lingard and Fred subjected to shocking abuse as United beat City
7 months ago
Three talking points as Liverpool thump Man City 3-1 at Anfield
7 months ago
Player ratings as Liverpool wipe the floor with Manchester City
8 months ago
Liverpool are the Premier League's best team but remain unconvincing
Next Page