World Cup 2022 Day 14: All the major action and talking points

The group stages were absolutely incredible but it's knock-out now. The final day of group games was as good as you will remember, what with North Korea coming good in the last minute against Portugal to stay alive. That knocked Uruguay out, despite their win over Ghana, and the Uruguay players didn't take it too well.

But it was all very entertaining to watch. Ghana may have been knocked out, but they'll certainly have taken some satisfaction from Uruguay's elimination too.

END_OF_DOCUMENT_TOKEN_TO_BE_REPLACED

And the day was only getting going. Brazil-Cameroon was a flat, disappointing game for large parts and if you were listening to Ronnie Whelan on RTÉ, you'll have heard plenty of complaining.

It was all worth waiting for though, well into stoppage time, when Jerome Ngom Mbekeli swung in the cross of this World Cup onto the head of Vincent Aboubakar. What followed was extraordinary.

Aboubakar met the cross plum, giving Ederson no chance and then he was willingly sent off. His work here was done. That was because, despite being on a yellow card, it was one of those goals that just demanded he take his shirt off. That he did, and with a smile on his face, he walked off the field, shook the referee's hand and held up his jersey to the Cameroon crowd. 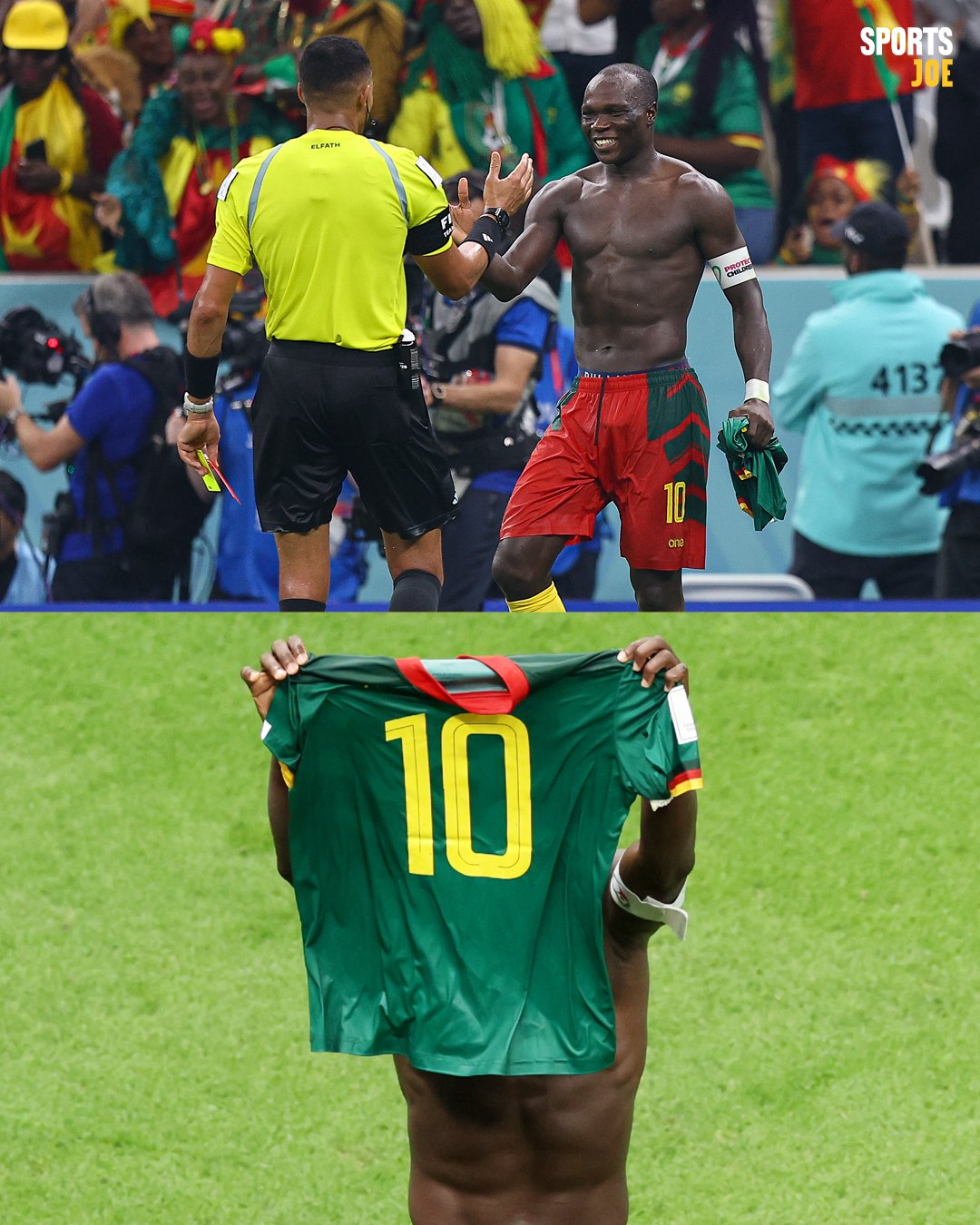 END_OF_DOCUMENT_TOKEN_TO_BE_REPLACED

In the RTE studio, good Joseph N'Do was dancing. It's a pity the Switzerland-Serbia result went against the Africans to knock them out, but Switzerland might have a say in this tournament yet. Here's hoping that's not the last we see of Joseph N'Do.

And it's all knock-out now. Today is the first day of this World Cup when there will just be two games, but they promise to be two good games.

USA have been a breath of fresh air and, kicking off at 3.00, they'll fancy themselves against a stuttering Holland. Then at 7.00, Lionel Messi will be hoping to end the Australian dream.

Bring it on. Bring it all on. Follow all the action on our live-blog here.


popular
Ireland vs Wales: All the big talking points, moments and player ratings
Conor McGregor offers solution to Croke Park fiasco that should suit all parties
Conor McGregor hit by car ‘at full speed’ while cycling
Allianz National League Round 2: All the action and talking points
Ireland team to play Wales: Andy Farrell's XV, the big calls and bold cuts
Everton release brutal 59-word statement to confirm Anthony Gordon departure
WATCH: Ireland v Wales - Live stream of Women's Six Nations opener
You may also like
3 weeks ago
Carlos Tevez explains why he didn't contact Lionel Messi after the World Cup
4 weeks ago
Controversial referee reportedly set to retire at the end of the season
4 weeks ago
Sergio Aguero reveals that his World Cup celebrations wound Lionel Messi up
1 month ago
The 10 best footballers of all time* have been revealed
1 month ago
Emi Martinez spends £20,000 on guard dog to protect World Cup winners medal
1 month ago
Lionel Messi super-fan regrets getting new face tattoo after Argentina triumph
Next Page