Win an awesome Premier League trip for you and a mate

It’s that time of year again. Schools are back, and we're a few weeks deep into the premier league.

But you know what it’s also time for? Cadbury! The official snack partner of the Premier League is ready to shine.

To celebrate, they’re running a competition called Match and Win from August 1st until the end of October. They’ve got millions of prizes up for grabs, all you have to do is pick up a promotional pack.

Enter your pack’s barcode and batch code online, and if your match result predictions come through- you are guaranteed to win an awesome prize. Here’s what’s up for grabs:

Sounds pretty amazing doesn’t it? It’s truly the dream weekend for any real football fan. Get ready to head out and pick up a Cadbury Match & Win chocolate product to enter!

Cadbury is the official snack partner of the Premier League. 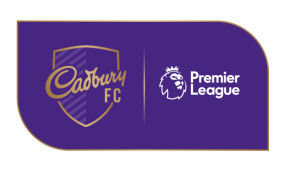 popular
The SportsJOE 12 o'clock quiz | Day 143
SportsJOE 2000s Football Quiz | Round 12
Brooks Koepka puts PGA Championship leaders on notice with final round comments
Rory McIlroy defends Dustin Johnson after Brooks Koepka comments
Katie Taylor successfully defends world title, but it wasn't all smooth sailing
Only a Champions League fanatic would get full marks in this quiz
Collin Morikawa makes huge world rankings leap as Lowry drops back
You may also like
1 day ago
QUIZ: Can you name every Irish goalscorer from the 2019/20 Premier League?
3 days ago
Leicester interested in Barcelona youngster with €500 million buy-out clause
4 days ago
Premier League referees to use pitch-side monitor for VAR next season
1 week ago
QUIZ: Name the 25 clubs relegated from the Premier League more than once
2 weeks ago
Best players since Premier League restart won't feature in PFA awards
2 weeks ago
QUIZ: Name every player to win PFA and FWA Player of the Year awards in the same year
Next Page