This is the first time the white card has been used.

Sporting Lisbon and Benfica were both shown a white card during their fierce derby match after a new rule in Portugal was introduced.

Yellow and red cards are commonly used however the white card during Sporting women's game against Benfica. 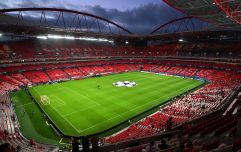 Benfica under investigation for match fixing over five-year period

END_OF_DOCUMENT_TOKEN_TO_BE_REPLACED

With Benfica leading 3-0 at the time, medical staff from both sides ran to the aid of a player who reportedly complained of feeling ill in the first half.

After the issue, the referee was seen brandishing a white card to both sets of medical staff, which was met with cheers from the crowd in Lisbon. 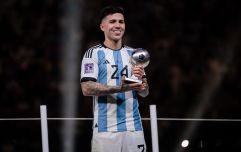 END_OF_DOCUMENT_TOKEN_TO_BE_REPLACED

White cards have been introduced as part of a new initiative for officials to recognise and praise clubs for fair play during games and was introduced to improve ethical values in the sport.

Although not a common practice yet, the white card is part of a series of new introductions in football. Additionally, concussion substitutes and longer stoppage time - as seen in the World Cup - have been brought in to improve the safety and entertainment of the game.

Benfica went on to win the game 5-0 and advance to the semi-finals.