Martin O'Neill is set to back the men that underperformed in Tbilisi on Saturday evening.

There was a collective shudder across the nation on Monday afternoon when Wes Hoolahan was confirmed as a fitness concern for the crucial World Cup qualifier with Serbia.

The Norwich midfielder was reported to have a tight groin and took a very limited part in the squad's training session in Malahide. Hoolahan did not feature at all in the dour 1-1 draw with Georgia at the weekend. END_OF_DOCUMENT_TOKEN_TO_BE_REPLACED

Many Irish football fans had been hoping that O'Neill would bring the 35-year-old playmaker into his starting line-up. Neither Harry Arter, Glenn Whelan or Jon Walters covered themselves in glory during the drawn game while Robbie Brady only showed in patches and his delivery from set-pieces was often poor. 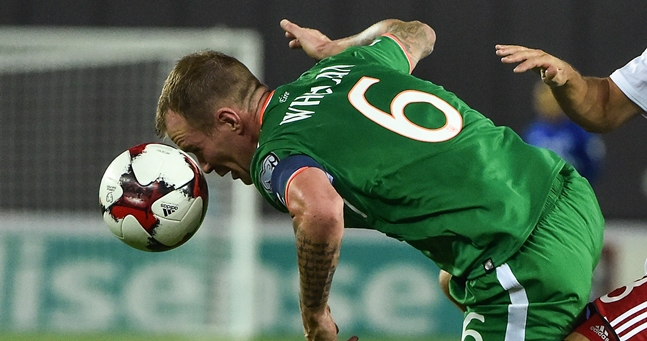 Hoolahan, SportsJOE understands, will be fit for the game. However, he is unlikely to start again group leaders Serbia.

O'Neill may go slightly more offensive with his formation but the faces are expected to be the same that started on Saturday. Aiden McGeady's injury appears to have sidelined him for the tie so Preston's Daryl Horgan could make the 23.

*The Ireland team will be named just after 6:30pm