We're not sure if scrumcaps are allowed on the ice rink.

Legendary goalkeeper Petr Cech has revealed that, as a youngster, he almost went down a different career route entirely as his first love was ice hockey.

The Arsenal stopper grew up in Plzeň where ice hockey was the most popular sport for kids and he was close to pursuing that sport but the cost of the gear led to his father urging him to try football instead. 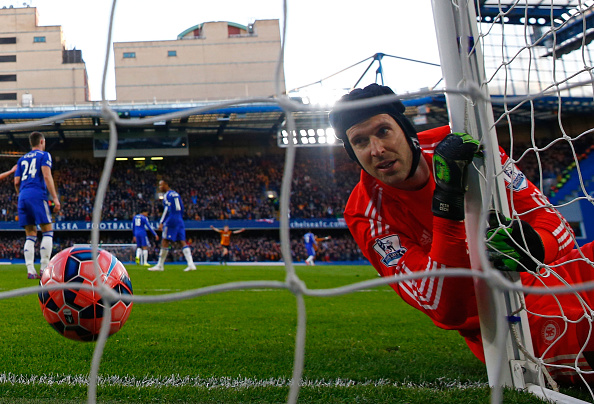 "I always wanted to play ice hockey," Cech told ArsenalTVHD. "That was always my first choice.

"But obviously, at that time, you would have to buy all the equipment so if you imagine the financial aspect of buying all the equipment and you grow up fast as a kid so then you need to keep buying it and we just couldn't afford it.

"My father was very clever and he knew that I'd enjoy any type of sport and that I had ice hockey and football on the same level.

"So he took me to the football club when I was six-and-a-half or seven and obviously, as soon as I started playing football, I knew that I really liked it."

Watch the full interview below.

popular
The SportsJOE 12 o'clock quiz | Day 186
Rio Ferdinand story about Dwight Yorke conversation shows Alex Ferguson's ruthless streak
Only old-school fans will get 20/20 in this 1990s footballers quiz | Part 2
QUIZ: Identify the football club from these 12 crests
"He's found a way to do it. Whether that's good or bad for the game, I don't know"
Back-up plan for Khabib vs. Gaethje title fight has pissed a lot of people off
The SportsJOE 12 o'clock quiz | Day 185
You may also like
2 days ago
"We never ever do that. Okay?" Klopp scolds Liverpool bench for reaction to red card
2 days ago
PSG begin talks to sign Dele Alli from Tottenham Hotspur
4 days ago
How Tottenham should line up with with Gareth Bale and Sergio Reguilón
4 days ago
Liverpool's deal to sign Diogo Jota as canny as they come
1 week ago
Premier League fans to return to stadiums in October despite Covid-19 spike
1 week ago
Connolly joins Liverpool and Man United pair in Premier League break-out star predictions
Next Page