Watch: Joe Hart cost a goal with an horrendous error on his Torino debut

Joe Hart doesn't appear to be able to handle those Serie A crosses.

You'd think all his experience of playing in the Premier League, and dealing with aerial bombardment the likes of which those foreign goalkeepers from abroad just don't understand, would serve him well when attempting to collect crosses into the penalty area.

However, you'd be wrong.

Think before you speak https://t.co/q4bg4t49dZ 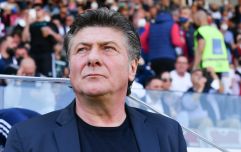 END_OF_DOCUMENT_TOKEN_TO_BE_REPLACED

England's number one goalkeeper made an awful error on his Torino debut, gifting Atalanta an equaliser on Sunday afternoon.

Hart came to collect a cross from a corner, but flapped at it and knocked it into the path of Andrea Masiello to make it 1-1. Atalanta went on to win 2-1. 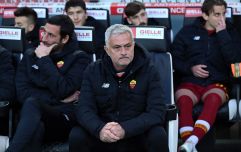 END_OF_DOCUMENT_TOKEN_TO_BE_REPLACED

Hart's error comes just a day after Claudio Bravo, his replacement at Manchester City, committed a howler of his own in the Manchester derby.

The Chilean came to collect a cross from a free-kick, but spilled the ball into the path of Zlatan Ibrahimovic who pulled a goal back for Manchester United in their 1-2 defeat.

However, there's an argument to be made that Hart's error was significantly worse. It may even put to bed any doubts that Pep Guardiola made the right decision in allowing the player to leave City on-loan.


popular
Noel Gallagher left 'covered in blood' after headbutt from Ruben Dias’ dad
Cutting through the contradictions from one of the worst television segments of the year
Aiden McGeady details the abuse he suffered after playing for Ireland instead of Scotland
BBC apologise after accidentally posting mocking Man United message live on TV
Roy Keane shows great comic timing after Jack Grealish party invite
France the sore losers as Ireland Men reach first ever Sevens World Series final
The FootballJOE Pub Quiz: Week 38
You may also like
4 months ago
Referee faces 'lengthy suspension' after mistake in AC Milan match
4 months ago
Unvaccinated players should have their salaries cut, says Fabio Capello
8 months ago
Jack Wilshere trains with Serie B team in hope of deadline day move
9 months ago
Seven things to watch to quench that football thirst before the new season kicks off
11 months ago
How Atalanta have crashed the Serie A party, made a mint and racked up the goals
1 year ago
WATCH: All the best goals from Serie A gameweek 38
Next Page