Romelu Lukaku masterclass sees him get last laugh on Zlatan

But, I thought Lukaku didn't perform in big games?

Inter Milan cruised to a 3-0 victory over their San Siro co-tenants AC Milan on Sunday afternoon, keeping their place at the top of the Serie A table.

END_OF_DOCUMENT_TOKEN_TO_BE_REPLACED

Martinez then doubled Inter's lead just short of the hour mark, rounding off a glorious counter-attack that Christian Eriksen was at the centre of.

The Dane has struggled for minutes this season but Antonio Conte put his faith in the former Spurs man to make an impact in the derby and make an impact he did. The impeccable timing of his pass to the onrushing Ivan Perisic, allowing Martinez to make a run inside bamboozled Milan's defenders, who were helpless to stop the Argentine from slotting the ball past Gianluigi Donnarumma.

Lukaku then reminded everyone - especially Zlatan Ibrahimovic - why Inter paid so much money for him. The pair clashed earlier in the season, but the Belgian let his football do the talking today and had the last laugh. 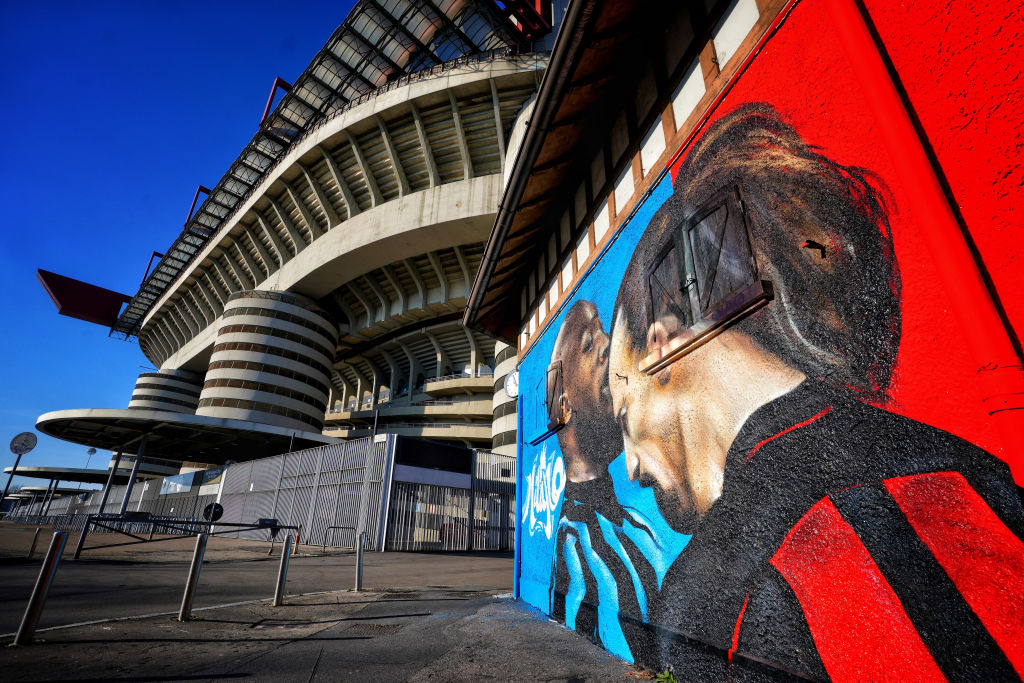 The mural of Romelu Lukaku of FC Internazionale and Zlatan Ibrahimovic of AC Milan is pictured outside the Giuseppe Meazza stadium. (Photo by Claudio Villa./Getty Images)

Picking up the ball on the half-way line, support was in short supply. But the Belgian din't need it, as he turned, and accelerated towards' Milan's terrified backline.

Lukaku burst into space with the ball on his favoured left foot and unleashed a low, powerful shot into the bottom corner to make it 3-0. Accusations of him being a flat-track-bully should surely now be put to bed.

We’ve said it before and we’ll say it again, Romelu Lukaku is unstoppable right now 👏

This victory keeps Inter top, extending their lead on Milan to four points.


popular
"I trained with a guy that was born in 2004 the other day. We reckoned Earlsie could be his father!" - Peter O'Mahony
Nigel Owens on most annoying players to referee (three of them are Irish)
"I remember someone saying, 'This guy's the best of the lot of them. Just wait for him'" - Brian O'Driscoll
What is the story with Tyrone clubs' woeful record in the Ulster championship?
Six All Blacks but no Ireland players in world's top 20 list headed by Antoine Dupont
The story of the GAA's greatest ever minor
"I asked one question and lads slagged the arse off me!" - Johnny Sexton on Roy Keane chat

You may also like
2 days ago
"I asked one question and lads slagged the arse off me!" - Johnny Sexton on Roy Keane chat
4 days ago
Divock Origi reveals what Jurgen Klopp said to him before scoring crucial winner
4 days ago
Antonio Cassano reveals Cristiano Ronaldo text messages after TV criticism
4 days ago
Roy Keane defends Stoke and Blackburn despite nasty fan comments
4 days ago
Divock Origi to the rescue after Diogo Jota's absolutely incredible miss
4 days ago
Ayr United goalkeeper banned for throwing toilet roll at rival fans
Next Page