Federer's five-set victory was watched around the globe, but few were watching more eagerly than Arsenal's first team.

As the Gunners' players spent the morning in the gym, the national rivalry between Swiss midfielder Granit Xhaka and Arsenal's Spanish contingent (most notably Héctor Bellerín, Nacho Monreal and Lucas Pérez) intensified. 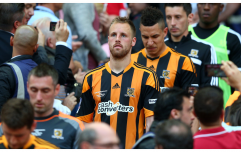 END_OF_DOCUMENT_TOKEN_TO_BE_REPLACED

Xhaka wasn't the only member of 'Team Federer', as the video below shows, with German internationals Shkodran Mustafi and Mesut Özil taking great pride in the Basel man's victory.

The Arsenal players weren't the only sporting figures to celebrate the victory for one of tennis' all-time greats, and indeed not the only footballers.

Former Gunner Johan Djourou was among the Swiss footballers to celebrate the win.

What a champion! #respect #18 #GrandChelem

What a perfect Sunday!
A great win of 2:0 on a difficult field ⚫️⚪️ after a great victory of @rogerfederer 🏆🇨🇭🇨🇭🇨🇭#FinoAllaFine #ForzaJuve pic.twitter.com/fVGgylrEs5

And, as expected, some stars of tennis shared their support for the 18-time grand slam winner.

Who would have believed it,6 months away from Tennis. 1st tournament back & he wins GS no.18 against his greatest rival.GOAT @rogerfederer