Alvaro Morata had an absolute stormer of a first half against Bayern Munich.

The Spanish attacker was instrumental in Juventus' second goal against the Bundesliga champions in their Champions League round of 16 second leg clash.

Morata made a phenomenal run from deep inside his own half, dancing around Bayern defenders like they were training cones before sliding an inch-perfect pass to Cuardado, who supplied the finish and send Juve 2-0 up on the night (4-2 aggregate).

However, Morata actually had already made it two-nil to the good earlier on in the match, only to have his perfectly fine effort wrongly disallowed for offside. Check it out below.

When the ball is played back into Morata, you can clearly see that the Bayern defender on the far right is playing him onside. The Spaniard was deprived a fine goal because of the linesman's error. 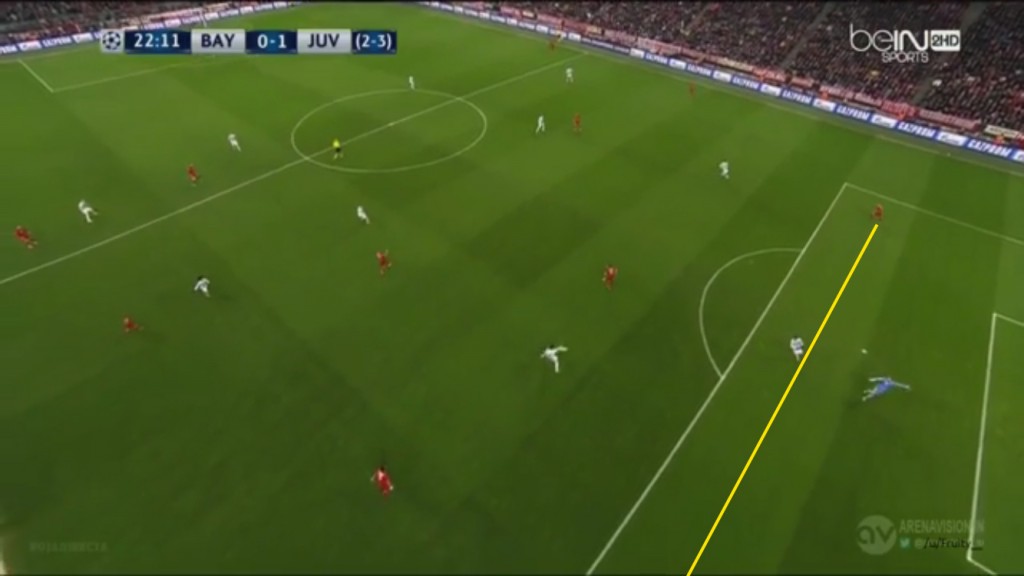 
popular
Shane Walsh: 'That's not how I was coached to play football. No one was coached to play football that way'
Allan Saint-Maximin pays tremendous, heartfelt tribute to Steve Bruce after sacking
Spicy Donegal semi-final the highlight of a rip-roaring weekend of GAA on the tv
Seven exciting Ireland prospects pushing for November squad inclusion
"Ah, come on!" - Richie Sadlier and Didi Hamann couldn't even agree to disagree on Griezmann's red
"It’s taken its toll" - Steve Bruce gives first interview after 'mutually consenting' to leave Newcastle
Derry club win county final factfile games with extravagant set of jobs
You may also like
1 month ago
Giorgio Chiellini aims Paul Dybala dig at Cristiano Ronaldo
1 month ago
The case for and against Man United signing Cristiano Ronaldo
1 month ago
Man City keen to sign Cristiano Ronaldo on free transfer from Juventus
2 months ago
Umtiti skips trophy celebrations after being booed by Barcelona fans
2 months ago
Juventus issue apology for tweet with offensive eye gesture
4 months ago
Matthijs De Ligt says he's chosen not to have coronavirus vaccine
Next Page