Vincent Kompany broke the news himself on his Facebook page.

It was accompanied by the most Vincent Kompany statement imaginable.

Too much fucking perspective, as David St. Hubbins would  say.

Nobody really needs the spectre of, say, global famine encroaching into their though process as they ponder whether a Manchester City player's groin and thigh trouble will prevent him taking part in Pep Guardiola's first pre-season at the Etihad.

But Kompany is out of the Euros and the understandable reaction was that this was this was great news for Belgium's Group E opponents, including Ireland who meet Marc Wilmots' side in Bordeaux on June 18.

No-one wants to see players injured, but the fact is no Vincent Kompany for Belgium in France a bonus for Sweden and Ireland.

Kompany out of the euros =Great news for Ireland🍀

But the reality is that whatever the cause of it, whether it’s age or just a lack of match fitness, Kompany is not the player he was three years ago.

Can't work out if Kompany being out of the Euros is good or bad for Ireland.

His season has been seriously disrupted by injury. His longest stretch of consecutive games was eight, back in August and September.

It is estimated that he has had 33 injuries in the past eight years. That kind of punishment on the body takes its toll.

He has, at times, been careless,

And he has played in a manner that is ripe for exploitation by, let’s just say for the case of argument, an in-form Shane Long.

Clearly Kompany has been - and may still be - an elite defender. And it may well be that he would have found the reserves from somewhere to turn out his best performances in the summer.

But in Kompany’s absence, Belgium coach Wilmots has the option to turn to Jan Vertonghen and Toby Alderweireld to form a central defensive partnership.

@evanfanning I think it's bad. The Spurs CBs gave formed a great partnership

That’s Vertonghen and Alderweireld, by common consent the two best defenders in the Premier League this season. The outstanding central defensive partnership in the team that has conceded the fewest goals in the division. 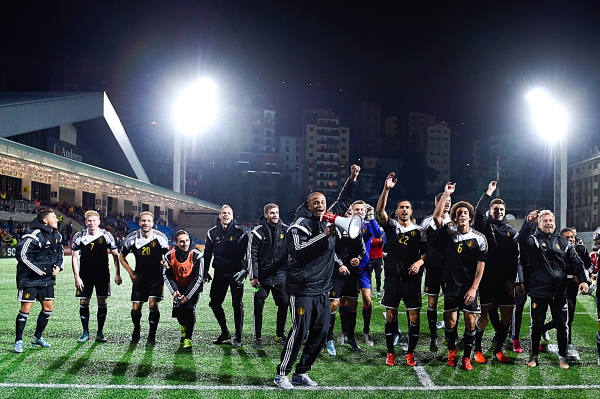 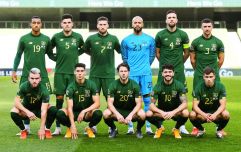 Our Ireland player ratings after a ghastly loss to Finland

END_OF_DOCUMENT_TOKEN_TO_BE_REPLACED

Wilmots has preferred to play Vertonghen and Alderweireld in the full-back positions, pairing Kompany with Nic Lombaert's in the centre.

But without his talisman, he may well decide to turn to a tried and tested defensive partnership rather than try and bed in a new partner for Lombaerts in Belgium's warm-up friendlies. 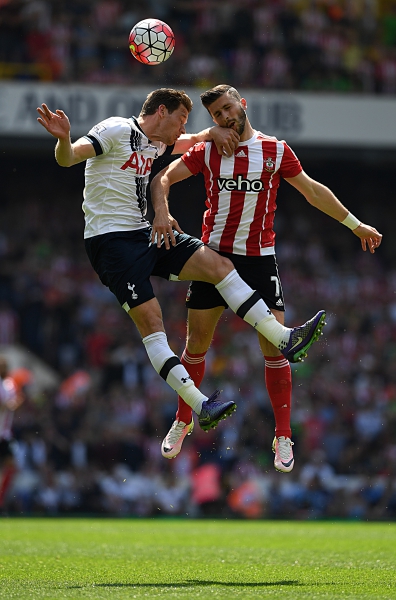 Long had a chance on Sunday to test himself against the two men he will face in one position or another in Bordeaux as Southampton played Spurs at White Hart Lane.

Though Ray Houghton, commentating for Off The Ball, was a little bit critical of Long's display, citing a lack on anticipation and some wasteful finishing, the Spurs defenders were given a difficult time as Southampton won 2-1.

On TalkSport, Stan Collymore named Long man of the match, though it's probably worth bearing in mind that after the disappointment of Spurs conceding the title after the 2-2 draw with Chelsea on Monday, they may not have been at full tilt.

Long, though, should be able to take some heart if he finds himself up against Vertonghen and Alderweireld in June.

Though if we're looking at form over the past nine months he would probably rather see Kompany in front of him.


popular
The SportsJOE 12 o'clock quiz | Day 189
QUIZ: Guess the footballer from their Wikipedia page #11
Conor McGregor shares DMs from Dana White to justify boxing comeback
QUIZ: Can you name every top European football club that begins with 'L'?
"My job at Sky is not to be a cheerleader for Rory McIlroy" - Paul McGinley
QUIZ: Can you guess the football shirt sponsors of these classic 90s kits?
The SportsJOE 12 o'clock quiz | Day 188

You may also like
3 weeks ago
An exciting Ireland XI we could easily start against Bulgaria
1 month ago
"I hope it doesn't de-rail his career" - Northern Ireland unhappy with Mark Sykes switch
1 month ago
Jeff Hendrick expected to chose Newcastle United over West Ham
1 month ago
QUIZ: Can you name every Irish goalscorer from the 2019/20 Premier League?
1 month ago
Jonny Hayes and Aberdeen teammates apologise after Covid cluster shutdown
2 months ago
James McClean opens up on sickening, Covid-related hate mail
Next Page