Video: It's exactly 10 years since Roy Keane and Patrick Vieira had their infamous tunnel row

It's 10 day years to the day since Roy Keane and Patrick Vieira had their infamous bust-up at Highbury. The pair clashed in the tunnel before Arsenal's game against Manchester United, when Keane confronted the Arsenal skipper after accusing him of picking on Gary Neville.

Captured live on TV cameras minutes before kick-off, we can hear the row developing at the back of Highbury's narrow tunnel area, and Keane sounds really wound up. 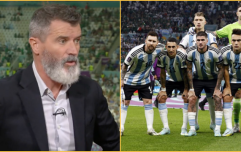 END_OF_DOCUMENT_TOKEN_TO_BE_REPLACED

When the United captain walks to the front to led his team out, he and Vieira have to be separated, with Keane held back by referee Graham Poll. 'I'll see you out there,' the Corkman repeatedly says.

The row was fascinating viewing between two of the most dominant players of their generation. United won the game 2-4, but the clash is much more remembered for Keane and Vieira's bust-up. and the last in a rivalry that spanned the best part of a decade between the captains of the Premier League's two best teams. 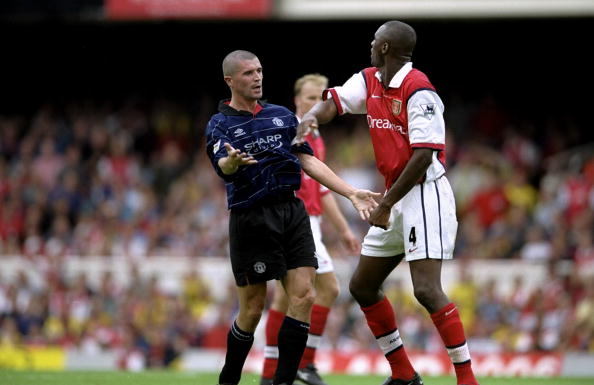 In 2013, Keane and Vieira took part in a documentary chronicling their rivalry, and the former United captain admitted he confronted Vieira because he singled out 'weak link' Neville. 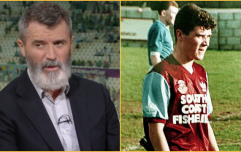 END_OF_DOCUMENT_TOKEN_TO_BE_REPLACED

'I had obviously seen you at the top of the tunnel probably having a go at Gary, and maybe one or two others, and what really annoyed me that night was, again whether I was right or wrong was that you were picking on Gary,' Keane said about the incident.

'I was looking at Nicky Butt and I think Wes Brown and I’m thinking you were almost picking on the weakest link so that’s what got my back up that, there were two or three of you ganging up on Gary. Simple as that'.

Keane and Viera would only play against each other once more and both had left their respective clubs within a year. It's fair to say neither club has adequately replaced their former skippers, and there's since been no rivalry to match, at least not in the Premier League.


popular
Thibaut Courtois warns teammates after leaks emerge from Belgium camp
World Cup 2022 Day 10: All the major action and talking points
Iran demand action by FIFA after USA team change flag on social media
"I can absolutely say that I have never enjoyed a job more" - McKaigue revelling in new role as Slaughtneil GPO
World Cup 2022 Day Nine: All the major action and talking points
Roy Keane's issue with Argentina star could rival Graeme Souness and Paul Pogba
"I have equal love for football and hurling" - Sheehy set for two Leinster finals in two hours
You may also like
3 days ago
Roy Keane cracked up Ian Wright and Gary Neville with England team spirit remark
6 days ago
"Do it! Do it!" - Roy Keane says Germany gesture "a start" but wants more protests
6 days ago
Ian Wright, Karen Carney and Roy Keane tear strips off FIFA with powerful protest comments
6 days ago
Roy Keane makes quip about Declan Rice and Jack Grealish after England lose player to Germany
6 days ago
Roy Keane and Ian Wright go at each other, over Ronaldo's Man United exit
1 week ago
'Soccer's Nelson Mandela' - Joe Brolly questions Roy Keane after World Cup comments
Next Page