The FAI have been fined for "the violation of the basic rules of decent conduct."

UEFA have fined the FAI €20,000 after some members of the Republic of Ireland women's team sang 'Celtic Symphony' by The Wolfe Tones after the national team qualified for the World Cup.

Following Ireland's 1-0 victory over Scotland at Hampden Park in October, a video circulated of the team celebrating their achievement in the dressing room and singing the song.

The FAI, the team's manager Vera Pauw and the players apologised for the incident. On Thursday morning, UEFA issued a fine as they ruled that singing the song was a 'violation of the basic rules of decent conduct.' 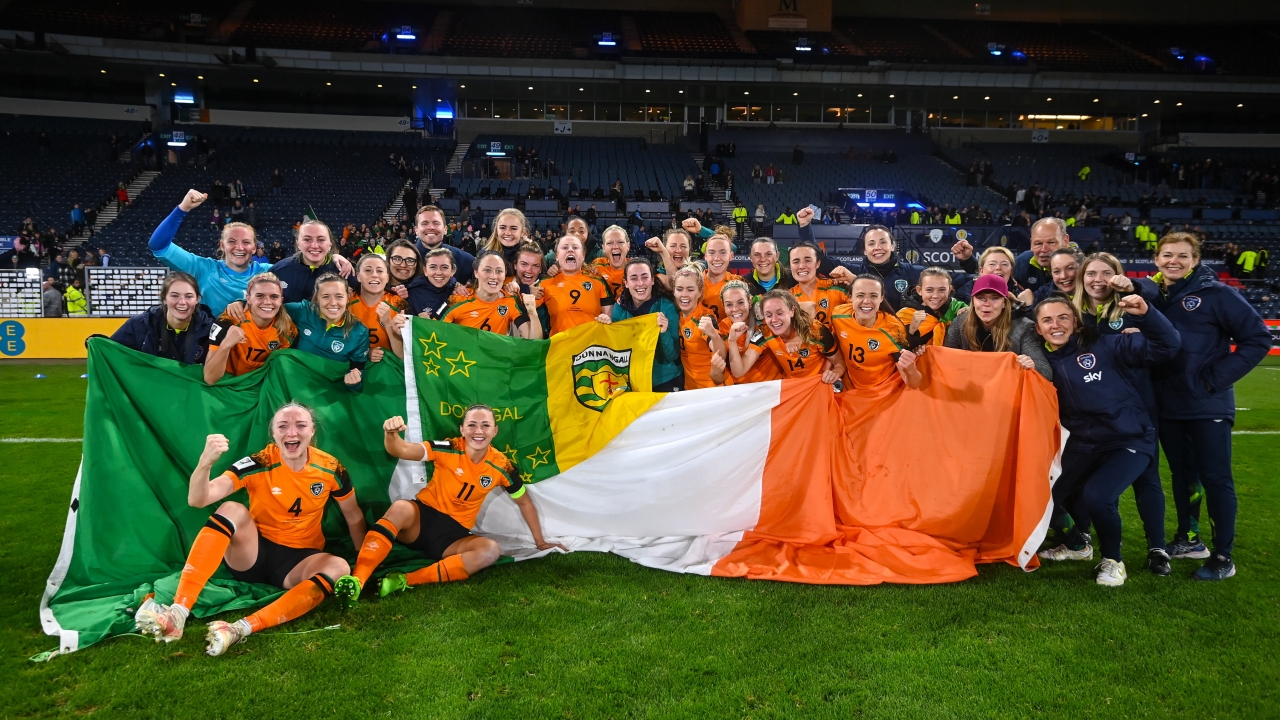 "Following an investigation conducted by a UEFA Ethics and Disciplinary Inspector regarding the potential inappropriate behaviour by players of the Republic of Ireland Women's team in the aftermath of the 2023 FIFA Women's World Cup qualifiers play-off second leg match played against Scotland on 11 October 2022, and the subsequent disciplinary proceedings opened against the Football Association of Ireland, the UEFA Control, Ethics and Disciplinary Body has taken the following decision: to fine the Football Association of Ireland €20,000 for the violation of the basic rules of decent conduct."

The FAI then released a statement, which reads:

"The Football Association of Ireland notes and accepts the sanction by the Control, Ethics and Disciplinary Body of UEFA following UEFA’s independent investigation into a potential breach of UEFA’s Disciplinary Regulations. The FAI and the Republic of Ireland Women’s National Team has apologised to all affected by events after the 2023 FIFA Women’s World Cup Qualifying Play-Off against Scotland in Hampden Park in October. The FAI has assured UEFA that all players and staff across all of our international teams have been, and will continue to be, reminded of their responsibilities every time they represent their country. The FAI will be making no further comment on this matter."


popular
Kilmacud Crokes to counter Glen's objection over extra players in All-Ireland final
"He's a serious specimen, 6 ft 3 as well, so he's an incredible athlete" - Geaney hails O'Connor's impact
"It's very clear how I felt about it. I had a very definite view on it" - McEntee on Dunboyne's 2005 semi-final saga
Roy Keane on Man United's two most improved players since Ronaldo left
January transfer window 2023: Follow the latest updates live in our hub
"He didn't give me that jersey back!" - Johnny Sexton on new rival Jack Crowley
Can you name the Republic of Ireland Premier League player from their wikipedia?
You may also like
3 weeks ago
Evan Ferguson: All you need to know about Ireland's newest striker
1 month ago
Roy Keane cracks ice cold Ireland joke after France lose World Cup final to Argentina
1 month ago
Ireland reportedly line up Lee Carsley as next national team manager
1 month ago
Talksport presenter puts Martin O'Neill to the pin of his collar over Declan Rice and Jack Grealish
1 month ago
The 10 England World Cup footballers who could have played for Ireland
1 month ago
Shay Given on how far Ireland could've gone at the 2002 World Cup with Roy Keane in the team
Next Page