A costly one for Bohs, Conor Kearns enjoyed every minute of it for UCD.

UCD kept their positive recent momentum going in the League of Ireland on Monday night with a priceless 1-0 win over Bohs at the UCD Bowl.

In an entertaining affair, Yoyo Mahdy's first half 25 yard stunner proved crucial for the students who despite being under pressure for the whole second half, managed to keep a Danny Mandroiu inspired Bohemians at bay.

Crucial in that rearguard effort was their unbeatable goalkeeper Conor Kearns. The 21 year-old Dubliner made a string of outstanding saves to frustrate Bohs and to delight the home fans.

Understandably, the keeper was pumped after the crucial part he played in a win that keeps UCD second from bottom and stretches them three points clear of Finn Harps at the bottom of the table.

And the Bohemian fans found out all about it at full-time. Not long after the final whistle had sounded, Kearns, a graduate from a brilliant Templeogue underage team, turned around and fist-pumped in front of the Bohemian faithful.

The jeers rung around south Dublin before the displeased Bohs players clashed with the UCD keeper. Bohemians defender Derek Pender was the first to confront the youngster before players, stewards and officials from both sides got involved.

Some unsavoury scenes after the game in the UCD Bowl as Conor Kearns celebrated in front of the Bohs fans. The UCD 'keeper had to wait to make his exit as objects were thrown while the referee was also delayed. pic.twitter.com/09FoJyBXuR

Kearns seemed undeterred by it all though, and was escorted from the pitch by two UCD officials. 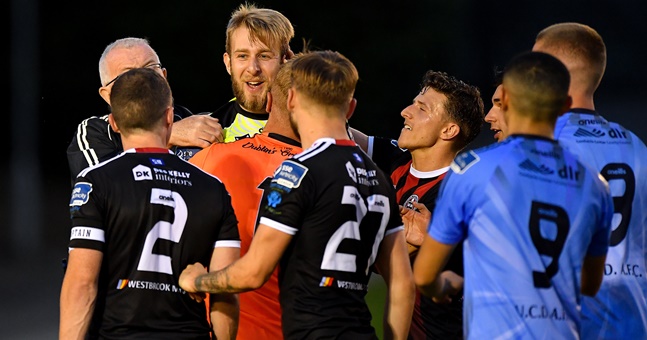 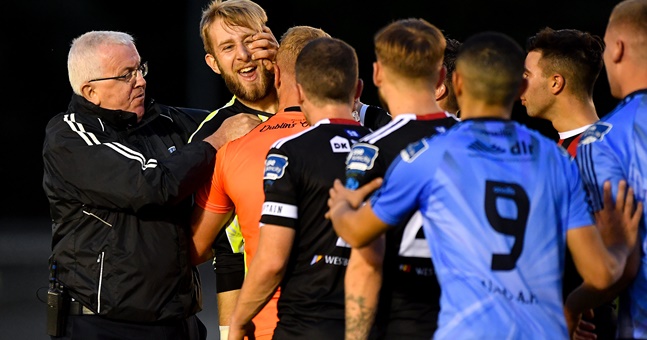 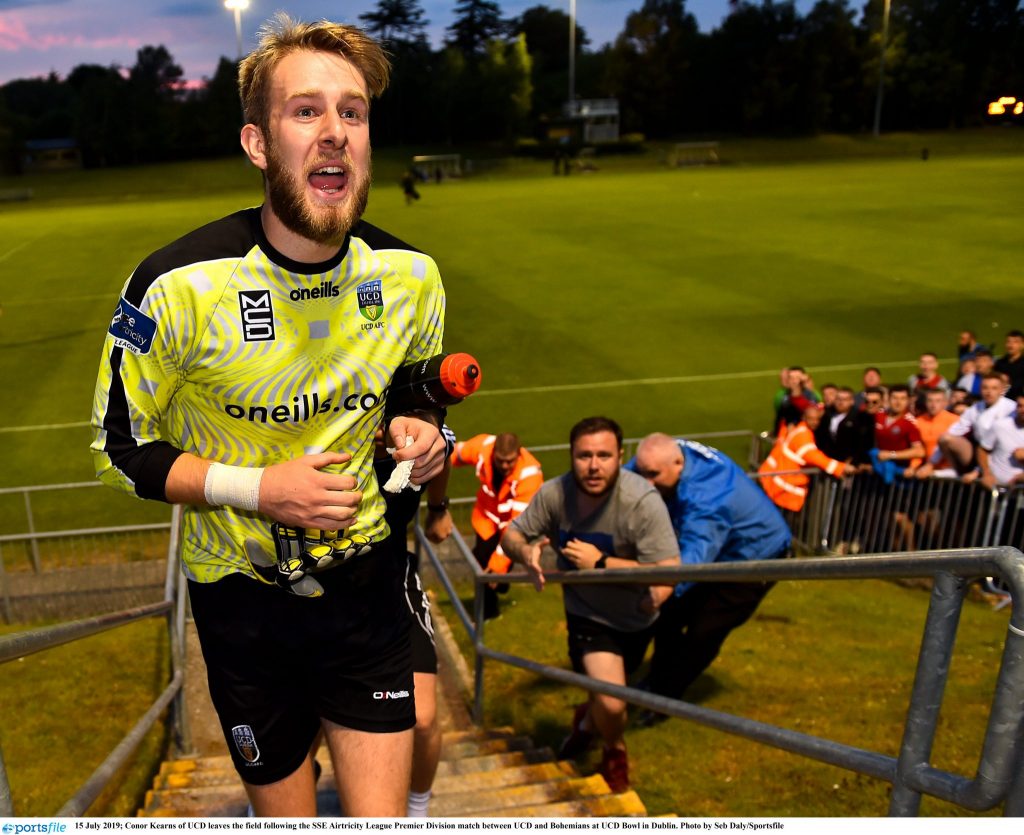 popular
QUIZ: You'll need to be a massive Ireland fan to get all these one-cap wonders
"I did for one second think of flinging the boot at him" - Maher's journey an inspirational thing
The SportsJOE 12 o'clock quiz | Day 288
In defeat, Jerry Kelly dies with his boots on in coming of age final display
You'll have to be a diehard fan to get 20/20 in this Liverpool players of the 90s quiz
QUIZ: You have 30 seconds to answer this one tricky football question
The SportsJOE 12 o'clock quiz | Day 286
You may also like
10 months ago
Sligo Rovers become first League of Ireland side to announce temporary layoffs
11 months ago
Rovers to continue Direct Provision initiative for 2020 season
11 months ago
League of Ireland predictions - previewing every LOI team's season in three words
1 year ago
"When I came here, I was dead and buried. There was no way back for me"
1 year ago
UCD awarded 3-0 win after Bohs field ineligible player
1 year ago
Sligo Rovers lament very significant issues in the FAI
Next Page