Keep a close eye out for these two.

It's difficult to predict who will make it in the Premier League and who won't, but The Guardian have listed their top 20 best talents coming through the ranks at moment.

Two of the selected stars are actually from Ireland, and could prove to be good news for both Northern Ireland and Stephen Kenny's side in the near future.

Antrim-born Jamie Donley has a father from Northern Ireland and a mother from England, this left-footed No 9, noted for his tenacity and finishing ability, has been capped at youth level by both countries. 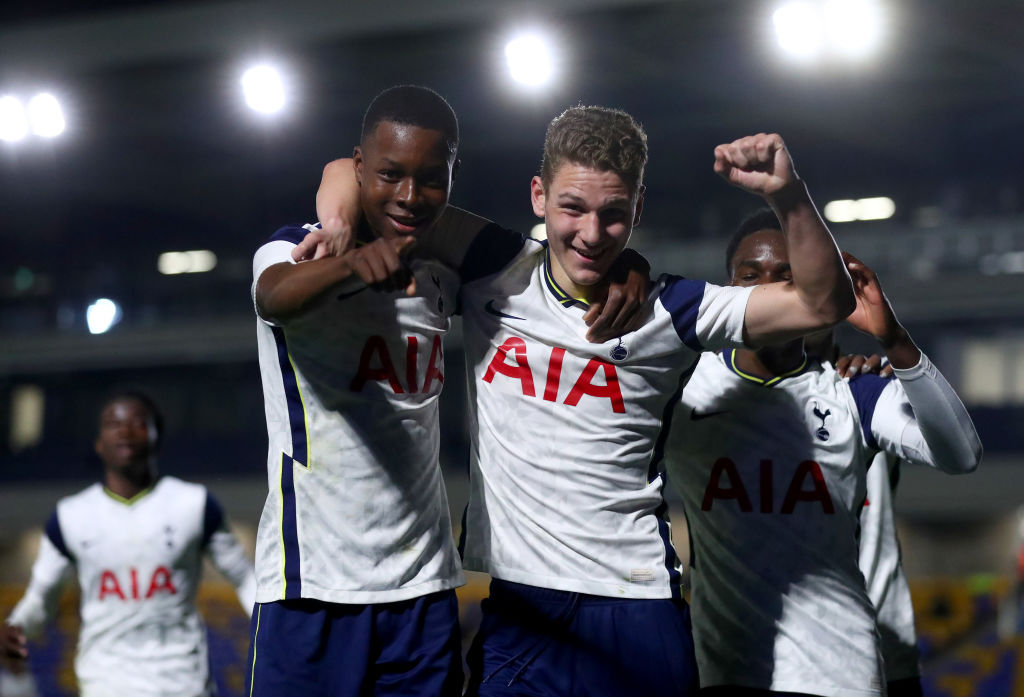 During the September break, he went away with the Northern Ireland under-19s and scored the winner in both of their games while he is with the England under-17s for this October’s fixtures.

END_OF_DOCUMENT_TOKEN_TO_BE_REPLACED

Donley, who can drop off and show a good range of passing, played up and impressed for the Spurs under-18s last season. Has been at the club’s academy since the age of eight

The versatile central midfielder is seen as potentially a “new Kalvin Phillips” but can also operate at centre-half. Despite being born in Pudsey, West Yorkshire, his allegiance is with Ireland and he is already part of their under-19 squad.

At Leeds, Coleman has regularly played above his age group, appearing for the under-21s at the age of only 15, and has certainly caught Bielsa’s eye


popular
Talksport presenter puts Martin O'Neill to the pin of his collar over Declan Rice and Jack Grealish
World Cup Power Rankings: The top eight pundits of the tournament so far
World Cup Power Rankings: The top 10 players at the tournament ahead of the quarter-finals
Rory McIlroy explains 'falling out' with Shane Lowry that lasted a few years
Gary Neville sticks up for Ronaldo as contextless pictures and videos taken as gospel
Ariel Helwani shares Paddy Pimblett WhatsApp messages as spat becomes public
Roy Keane scores winning goal past Micah Richards in ITV v BBC pundits match
You may also like
2 weeks ago
Ronan O'Gara confirms he is on shortlist for England head coach job
2 weeks ago
Alternative World Rugby Dream Team selected, with two extra Ireland stars
2 weeks ago
"Two Irish players are best in the world" - Rugby reacts to big Josh van der Flier and Terry Kennedy awards
2 weeks ago
Two baffling omissions as four Ireland stars make World Rugby 'Dream Team' of the Year
2 weeks ago
Josh van der Flier claims World Rugby Player of the Year at Monaco ceremony
2 weeks ago
"Highlight of my Ireland career" - Behind the scenes as Jack Crowley and Ross Byrne covered for a legend
Next Page