It's actually happening. Seven years after his record breaking move to Real Madrid, Gareth Bale returns to Tottenham (on loan). It is a strange move, in that Madrid are effectively paying Tottenham to take the four-time Champions League winner off their hands. It wasn't meant to be like this, but here we are.

It is an opportune signing for Spurs, who need another attacking option, and something to alleviate fans' concerns after a dreadful opening day performance against Everton. First and foremost, it is a brilliant PR move for Spurs and a weight off Madrid's shoulders. But it will also benefit Tottenham on the pitch, obviously.

The 31-year-old will need some time to get back up to speed, having played very little football this year, but once he does, there is great potential for Spurs' front line to thrive with him and Heung-min Son either side of Harry Kane.

Spurs are also expected to announce the arrival of left-back Sergio Reguilón from Real Madrid, another much needed addition to the defence, with Danny Rose set to leave through the back door and Ben Davies more comfortable defending than on the overlap.

Here is how Tottenham could, and should, line up with the addition of these two signings. Whether Jose actually sees things the same way, remains to be seen.

No debating this one. He is the captain and best goalkeeper at the club. 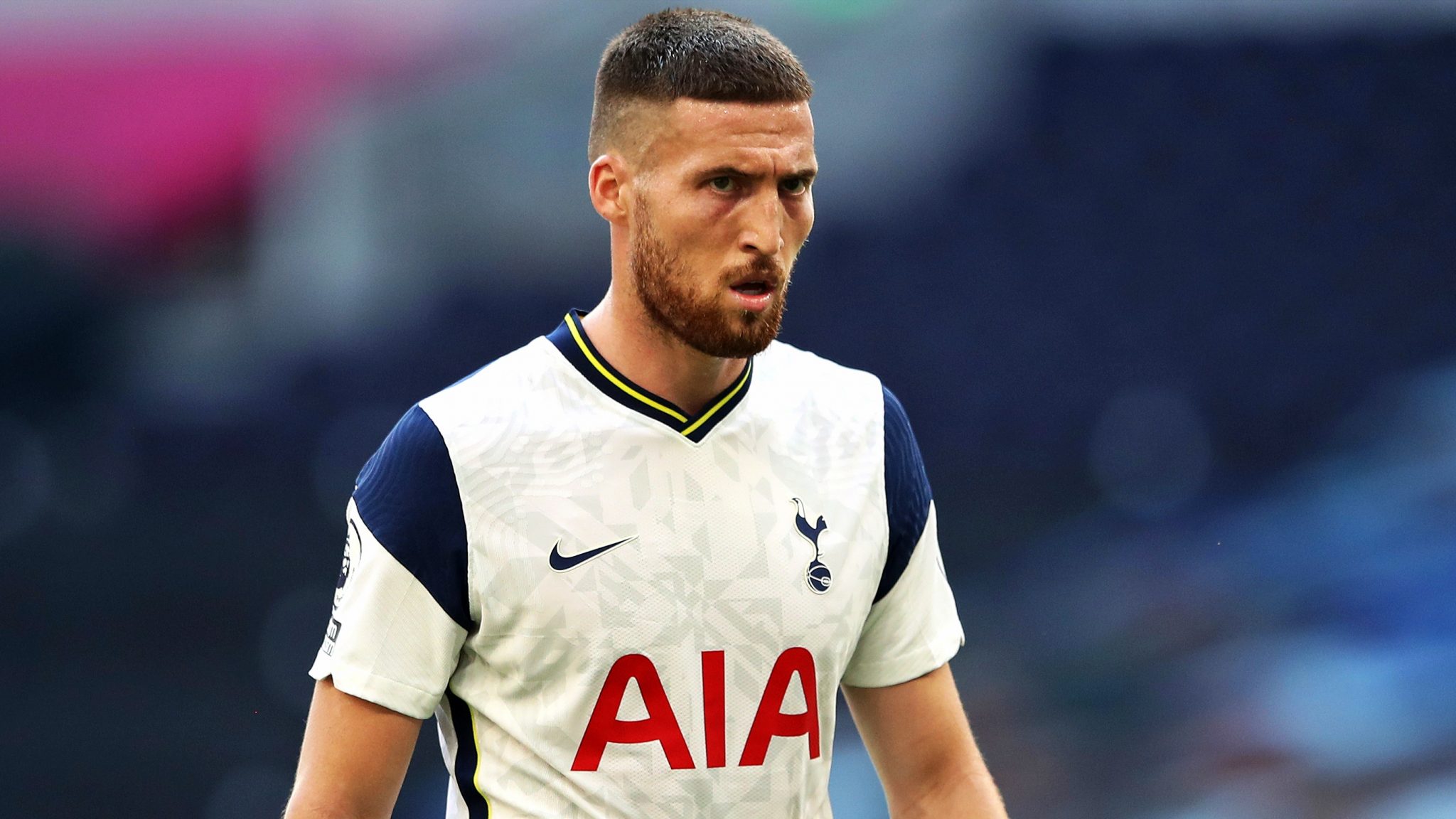 END_OF_DOCUMENT_TOKEN_TO_BE_REPLACED

Sanchez has never had a long run of games in the Tottenham team since his arrival in 2017, but at the age of just 24 he still has plenty of time. Eric Dier will be challenging him for this spot in the team following Jan Vertonghen's exit, and at the moment Sanchez is probably the better centre-back. Sorry Eric.

Obviously. Keeping hold of the Belgian was huge for Spurs, especially with his compatriot moving on. He is their best defender and one of the best in the league. Both he and Sanchez are right footed, but I've opted to put Toby on the left in this team to make use of his long diagonal balls - Jose Mourinho's main attacking tactic it seems - to Gareth Bale, a combination has the potential to create plenty of goals.

Reguilón will offer a refreshing attacking threat down the left, and also has the pace to chase back. His forward runs should allow Heung-min Son to be more effective when cutting inside as well. 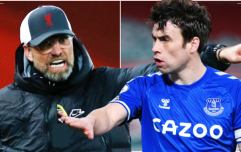 END_OF_DOCUMENT_TOKEN_TO_BE_REPLACED

His debut was one to forget but the Dane has all the tools to become an integral part of this Spurs team. His ball recoveries will be very important in this hypothetical XI, considering who I'm about to put next to him.

This is where it starts to get a bit unrealistic. It is possible that the Frenchman wins back Mourinho's trust and fights his way back into the starting XI rather than being given 10 minutes at the end of a defeat, but this feels unlikely after last season. Mourinho will almost certainly prefer the likes of Harry Winks and Moussa Sissoko.

There has been a painful lack of creativity in the Spurs side since Mourinho took over, and especially since Christian Eriksen left. Lo Celso is the team's best and only real playmaker and should be in the team whenever he is fit to play. 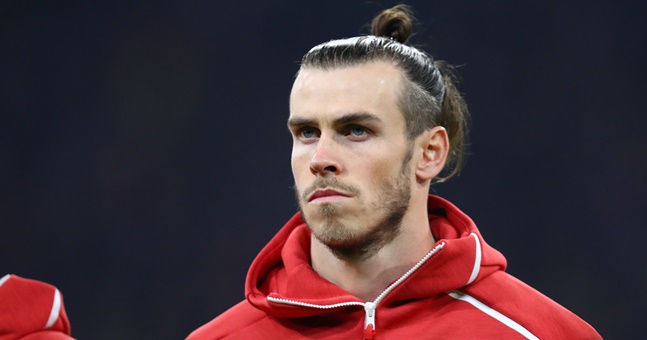 The first time Bale picks up the ball on the right wing, Doherty drags the defender away on the overlap, and Bale cuts inside before firing the ball into the far corner beyond the keeper's reach like it's 2013 all over again, Spurs fans are going to get a rush of adrenaline and nostalgia like never before. 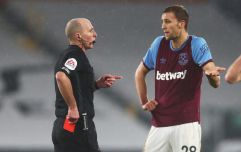 END_OF_DOCUMENT_TOKEN_TO_BE_REPLACED

And he will probably need to do that a lot. Spurs' frightening lack of coherent attacking patterns will mean he will be relied upon to make something out of nothing quite often. Luckily, that is his speciality. That ability to change a game in a moment, as well as his threat from set pieces and in the air, will no doubt endear him to Mourinho and to any fans who still hold ill feeling towards him for the way he left. Will it be enough to transform the team's fortunes though?

Son has now been at Spurs for five years and has grown into one of the best forwards in the world in that time, with his peak coming between 2017-2019 under Mauricio Pochettino. His pace in behind and his lethal finishing have seen him become one of Tottenham's most important players - definitely the most important during Kane's annual injury.

Of all the players in the Spurs team, Kane will probably be the most delighted to see the arrival of Bale. Finally, another world class attacker to form what is, on paper at least, a terrifying front three. The arrival of Bale may see Kane start to drop even deeper, as he tends to do anyway, and play a role more akin to that which he plays for England, or Firmino plays for Liverpool; dropping into pockets of space and using his underrated passing range to find Son and Bale in behind. He should also bag around 20 goals for himself, as he always does.

So that's the team. Will Mourinho ever put out this XI? I wouldn't put money on it. But it's nice to imagine if nothing else.


popular
"I was like, ‘My ear is hanging off my head. Can you not see that?!'"
"Hang on lads, there is more to life outside of Dublin" - Connellan is a rebel with a cause
The SportsJOE 12 o'clock quiz | Day 307
Japanese rugby players living off the classic Irish school lunch for pre-match-meal
QUIZ: Name all 50 of these 2000s Champions League players – #4
QUIZ: How well do you know Manchester United players of the 2010s?
QUIZ: Identify the missing sponsors from these football jerseys
You may also like
2 weeks ago
Jeff Hendrick criticised for "stupid" red card foul on Takumi Minamino
3 weeks ago
Roy Keane takes "frightened" Man United to task after more dropped points
3 weeks ago
Ole Gunnar Solskjaer overheard ordering Rashford to target Arsenal star
3 weeks ago
Liverpool linked with shock Shkodran Mustafi move to solve defensive injury crisis
1 month ago
Jurgen Klopp on that Anfield tunnel run-in with Sean Dyche
1 week ago
Arsenal chief executive hits out at social media giants for double standards on racism
Next Page