Kroos' comments come just weeks after his former Real Madrid teammate Casemiro joined Manchester United on a four-year deal on a reported salary of £375,000 a week.

Casemiro's arrival has coincided with an upturn in form at Old Trafford, with United winning all three games since he left the current Champions League holders. 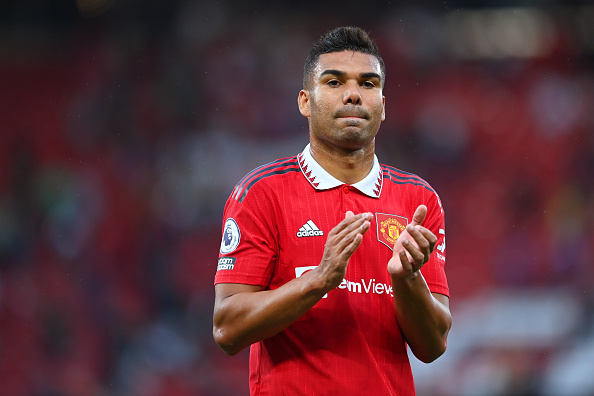 However, Kroos has said that the embarrassment of riches on offer in England's top flight doesn't mean success is guaranteed.

END_OF_DOCUMENT_TOKEN_TO_BE_REPLACED

"TV money has been significantly higher in England for years and yet it hasn't resulted in English teams winning everything," he told the OMR podcast.

"Thank God not all players look only at salary but also at winning many titles and to grow more."

The 32-year-old also admitted that he believes that the European Super League will become a reality in the future. Plans to introduce the format were scrapped following huge backlash from supporters after the announcement in April 2021. 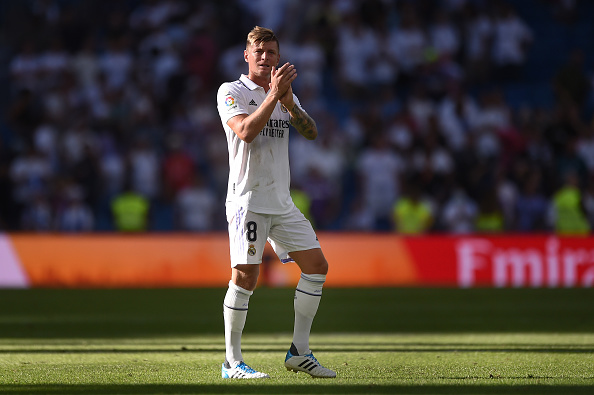 END_OF_DOCUMENT_TOKEN_TO_BE_REPLACED

"Never contradict your own President," the German midfielder told Marca on Tuesday. "It is obvious that the idea existed and still exists. It should have been in place a long time ago.

"I think it will take a while to put it into place and I probably won't see it as an active player. My opinion is that I continue to believe it will happen, but I cannot say when."

Real Madrid begin the defence of their European crown with a trip to Glasgow to face Celtic on Tuesday night.

How Neymar's transfer from Barcelona to PSG broke the transfer market.


popular
World Cup 2022 Day 13: All the major action and talking points
Shay Given on how far Ireland could've gone at the 2002 World Cup with Roy Keane in the team
Skills, scowls and scores - Luis Suarez rolls back the years against Ghana
From Ireland to Argentina: Alexis Mac Allister's Irish roots explained
The SportsJOE Friday Pub quiz: Week 3
Jack Grealish says he regrets his comments about Miguel Almiron
France demand FIFA change result of World Cup defeat over 'rule break'
You may also like
4 weeks ago
Looking back at the best Tottenham vs Liverpool clashes of the past
1 month ago
Man City club doctor takes aim at Jurgen Klopp in deleted social media post
1 month ago
Player ratings as Man United beat West Ham thanks to Marcus Rashford goal
1 month ago
Liverpool Leeds player ratings: Crysencio Summerville stuns Reds at Anfield
1 month ago
Five talking points as Liverpool face Leeds at Anfield in a crucial Premier League game
1 month ago
Referee Bobby Madley to make Premier League return four years after being sacked
Next Page