Through the Storm: Liverpool’s mental health documentary is a powerful watch

“I remember driving through the Mersey tunnel and my thought process was just a mess. I stopped problem solving, or I was doing it in a different way, I think.

“Cars were going past me, there were bends and stuff and there was this big, long straight. Cars were coming and I was thinking to myself ‘if you just swing the car now, at this speed, you’ll fly into the wall, there’d be an impact, everything will hit you and it will just be done. There will be no problems, everything will be gone. You won’t be a problem, your situations won’t be a problem, you don’t have to think about the rest of your life…”

There is a clarity in Jason McAteer’s voice and surgical focus layers his face as he recounts his darkest, most disturbing moment: contemplating suicide while driving to pick up his young son, Harry, from school.

It is a tough listen and watch, which heightens as his mum, Thora, weeps as she remembers his breakdown, which led him to her house asking for help. The anguish is amplified as she softly cracks: “It’s not nice, it’s not nice to see your kid suffering.”

Jason McAteer; Through the Storm, Liverpool’s documentary that aims to raise awareness about mental health, is a powerful, significant offering.

It shakes you, it educates you, it hurts you and it helps you understand an indiscriminate issue that affects one in four adults in the UK.

“We wanted something that was very upsetting so it could really reach out to people,” McAteer told JOE during a pre-screening of the programme at Anfield ahead of its release on Wednesday, October 10 - World Mental Health Day.

Beyond opening up about his own experience with depression, the 47-year-old who made 100 appearances for the Reds as well as represented Bolton, Blackburn, Sunderland, Tranmere and the Republic of Ireland, also speaks to former Liverpool goalkeeper Chris Kirkland about his battle.

Joined by his wife, Leonna, the former gloveman who serves as caretaker manager for the club’s Women’s team, details how his departure from Wigan Athletic in 2012 triggered his struggle.

Kirkland “shut out the world” and explains how persistent anxiety reduced his ability to function. “He got to a point where he was just existing, not living,” Leonna says.

One of the most jarring points of Through the Storm is when McAteer reveals that wondering how ending it all would have affected his son and mother was the overwhelming reason he did not act on his suicidal thoughts.

END_OF_DOCUMENT_TOKEN_TO_BE_REPLACED

He then meets Peter Hughes, the father of Anfield regular Neil “Yozza” Hughes, who took his own life in November 2016.

“We wanted to show that if someone does decide to commit suicide, the devastation that can leave,” McAteer says. “It was a tough ask, because it could have been a different story for me and I could have been involved in exactly the same. Listening to Peter talk about Neil, it was just devastating; how he has to cope now, this process that he is going through. It is sad, but it is something that the documentary needed.

“People need to be aware that there is help out there because if you take the final step, this is the kind of pain you’re going to leave behind.”

Another aspect explored is how unhealthy the venomous criticism of players in the press, on the terraces and through social media can be.

“The reason is why I wanted to get this message across from a career perspective and not just a personal perspective, is because I wanted to show where that can lead in terms of football,” McAteer explains.

“The game is still very tribal and I understand fans will want to have their opinions and they’re entitled to it. It does come at a cost sometimes. And that’s with the media as well - back when I was playing journalists would write what they wanted without consequences.

“No-one was there for me when I picked up the paper on a Sunday and read a journalist’s comment that I should be dropped out of the team or sold, that I had the worst game ever, I should never be picked again, should have done this better, should have done that better… I may have been able to cope with it on the day, but over a period of time it builds, and you break.

“The mind can take a lot of pressure and it can deal with a lot of things, but if you keep chipping away at it, it will break and that’s what happened in the end with me. 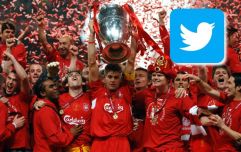 Liverpool's 2005 Champions League victory in Istanbul played out on Twitter

END_OF_DOCUMENT_TOKEN_TO_BE_REPLACED

“We’ve all got an opinion, but we all have to be fair. We know when we haven’t played well and when things haven’t gone right and if you were to write that, I’ll hold my hands up and say ‘yeah.’ But sometimes, there’s that element of stepping over the line and there’s a consequence to that at the end of the day. The media do have to have a care of duty.”

Through all the difficult parts of the documentary, there are equally uplifting moments: evidence of the life-changing outcomes seeking help can provide, how many organisations are on hand to offer support, Spirit of Shankly chair, Jay McKenna, on fans taking care of each other and the efforts Liverpool are undertaking to ensure they prioritise mental health.

From the processes in place at the Academy under director, Alex Inglethorpe, and head of welfare and education, Phil Roscoe, to meeting the club’s psychologist Yvie Ryan, it is apparent that the Merseysiders are committed to emotional well-being.

Liverpool support the Zero Suicide Alliance, which offers free suicide prevention training and resources, which are accessible to all.

Christine Clark, who has been working with organisations to raise mental health awareness as well as improve their management of workplace wellbeing and stress for over 20 years, is involved in the programme.

“There is a lot of tokenism when it comes to mental health, but Liverpool are really committed to putting good, helpful practices in place,” she says. “I hope other clubs in England follow suit.”

Watch Jason McAteer; Through the Storm: 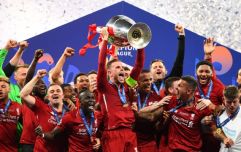 Liverpool fans are getting a bumper weekend of classic European games