Is Frank Lampard the right man for Chelsea?

Chelsea certainly think so as Lampard became the 14th manager Roman Abramovich has appointed since he bought the club in 2003.

Abramovich's restlessness and his desire for more from his managers have not prevented Chelsea being successful. Maurizio Sarri may have spent last season moving between the anger of his own supporters and the defiance/misunderstandings from his players but he still ended it with a Europa League and a top four place.

But he's gone now and, after one adequate season at Derby County, it's time for club legend Frank Lampard to return and make everyone feel good about themselves again. It's time for the Chelsea Way to assert itself again.

There have been many who have welcomed the appointment, pointing out that Pep Guardiola was untried before he got the Barcelona job but, like Lampard, he understood the club.

Is this helpful? On the Football Spin, Dion Fanning think it isn't. There were a lot of bad managers who were given time because Alex Ferguson got time at Manchester United and it may be that a number of clubs are entering a stage where they search for the next Guardiola by trying to replicate the circumstances of his appointment.

But most managers, Fanning says, are not Ferguson or Guardiola and it doesn't do any of them much good to say they are.

Lampard says he knows the club, but given Abramovich's record with managers maybe he doesn't know Chelsea as well as he thinks. 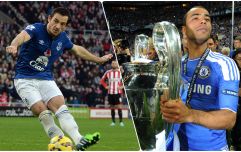 Baines or Cole? Who is the greatest left back in Premier League history?

END_OF_DOCUMENT_TOKEN_TO_BE_REPLACED

Certainly there will need to be patience and an understanding of the club's position if Lampard is to do what Chelsea say they want him to do.

They want him to develop young players but every manager has been asked to do that, even if now, with the transfer ban, Chelsea may have to.

But ultimately, can Chelsea change their nature? That is the only thing that matters and comparisons with Guardiola won't make any difference.

It's all part of The Football Spin

popular
The SportsJOE 12 o'clock quiz | Day 143
SportsJOE 2000s Football Quiz | Round 12
Brooks Koepka puts PGA Championship leaders on notice with final round comments
Rory McIlroy defends Dustin Johnson after Brooks Koepka comments
Collin Morikawa makes huge world rankings leap as Lowry drops back
Only a Champions League fanatic would get full marks in this quiz
Three teams Leinster can pit against each other to prepare for Munster
You may also like
2 weeks ago
'Henderson is conceding goals he'd be getting slaughtered for if he was at Man United'
2 weeks ago
"I'm absolutely delighted Van Dijk came along, and he's a much better player than me" - Jamie Carragher
3 weeks ago
'Cristiano Ronaldo broke David De Gea back in 2018'
1 month ago
When the President interrupted a Euro 88 pint between Charlton and Dunphy
1 month ago
Jack Grealish and Mason Greenwood would push United much closer next season
1 month ago
"Luis Suarez made a big mistake and we, as a club, got it wrong" - Jamie Carragher
Next Page