"It was vintage Philippe Coutinho."

The Brazilian international won the man of the match award in the 3-3 draw which saw the midfielder get a goal and two assists.

After Coutinho's display, it wouldn't be a surprise if Gerrard was to ask the Villa board to make his move permanent.

The former Liverpool player is available for a cut-price transfer fee in the summer. 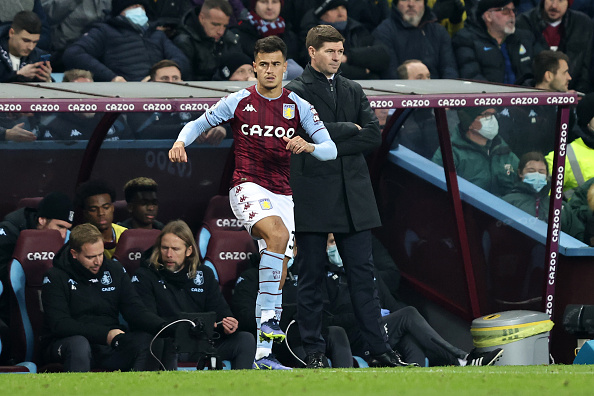 END_OF_DOCUMENT_TOKEN_TO_BE_REPLACED

"He’s certainly getting back close to where he was when the world was speaking about him," Gerrard said following the thrilling Premier League game at Villa Park.

"Some of his creativity, two assists, his finish tonight… How close he puts it to the post. His vision and his awareness. It was vintage Philippe Coutinho.

"If you don't like watching Philippe Coutinho then you should stop watching football because that (performance) was absolutely beautiful," Gerrard stated.

“He seems happy, we have given the stage to go and enjoy his football again."

🗣️ "That was absolutely beautiful!"

END_OF_DOCUMENT_TOKEN_TO_BE_REPLACED

This is the second match the Barcelona loanee has lit up the Premier League since his return. Coutinho, 29, came off the bench against Man United for his debut and got a goal and an assist.

According to reports, Villa can buy the Brazilian midfielder in the summer for €40m - almost €100m less than the fee Liverpool received from Barcelona for him four years ago.

Steven Gerrard, loving Coutinho: “If you don't like watching Philippe Coutinho then you should stop watching football because that (performance) was absolutely beautiful”. ⭐️🇧🇷 #AVFC @villareport

…and there’s a buy option available for €40m in June. pic.twitter.com/wXYIjRbtdl

The Brazilian is contracted to the Catalonia side until the Summer of 2023. They have been trying to sell him since the summer of 2019, 18 months after he initially joined the club. 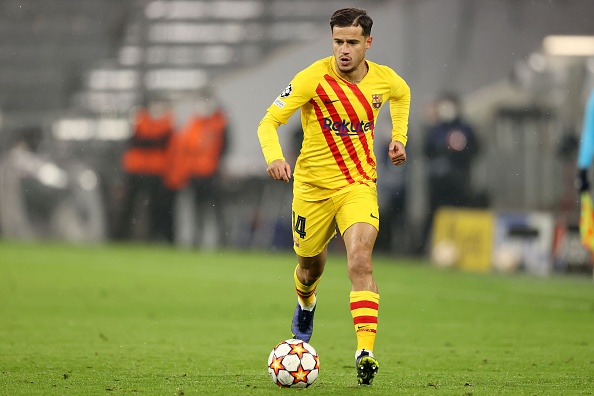 However, the 29-year-old can reportedly join Villa for more than £100m less than he left Liverpool for four years ago, as Gerrard's team have an option to buy him at the end of his loan.

Meanwhile, Villa's draw against Leeds leaves them in 11th place in the Premier League. Gerrard's side travels to St James' Park on Sunday to play Newcastle United in their next game.


popular
Iran demand action by FIFA after USA team change flag on social media
World Cup 2022 Day Nine: All the major action and talking points
"I appreciate Moycullen now more than ever" - Cooke's American lifestyle from a Moycullen base
Roy Keane's issue with Argentina star could rival Graeme Souness and Paul Pogba
GAA JOE Team of the weekend
Roy Keane makes quip about Declan Rice and Jack Grealish after England lose player to Germany
'I was so stressed the week before the All-Ireland and I ended up having a panic-attack' - O'Shea and O'Sullivan open up

You may also like
3 weeks ago
Looking back at the best Tottenham vs Liverpool clashes of the past
3 weeks ago
Man City club doctor takes aim at Jurgen Klopp in deleted social media post
4 weeks ago
Player ratings as Man United beat West Ham thanks to Marcus Rashford goal
4 weeks ago
Liverpool Leeds player ratings: Crysencio Summerville stuns Reds at Anfield
1 month ago
Five talking points as Liverpool face Leeds at Anfield in a crucial Premier League game
1 month ago
Referee Bobby Madley to make Premier League return four years after being sacked
Next Page