"But you've got to maximise what you have, what can you do? That's part of it."

You would be forgiven for thinking Stephen Kenny was perhaps talking about the players at his disposal in the above quote. Irish fans are very used to managers in the last ten years telling us that the squad they have are just not good enough, and we should be happy with our lot.

But Kenny is actually talking about not being able to travel to stadiums to see his players in action, something even a brief conversation with him reveals is an aspect of an international manager's job he has always taken seriously. Physically being at a stadium has now been replaced by a new video analysis room, one he claims is something the FAI have never had.

He tells us, the gathered press scattered down a long conference table that wouldn't look out of place in Hogwarts, that he and his management team have already gone through Slovakia's eight qualification games for analysis. You'd maybe expect that. They've done the same for Ireland's eight counterpart fixtures. You'd probably expect that too, even if you wouldn't envy them. But the UEFA Nations League games against Bulgaria, Finland and Wales have all gotten the same treatment.

Stephen Kenny is a man on a mission. He's aware of the challenge in front of him, and you get the impression he is chomping at the bit to get properly started. 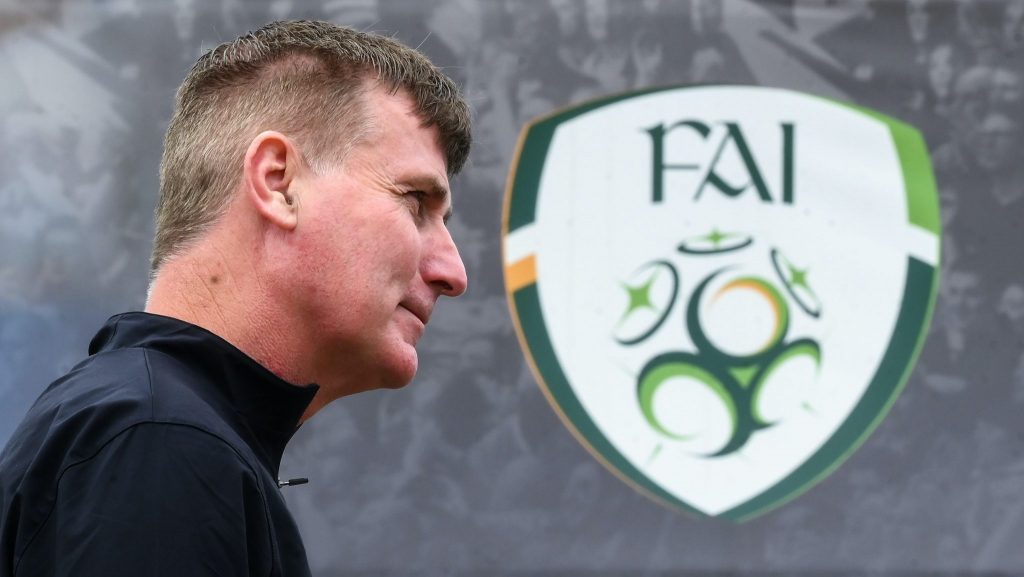 So, what can we expect from the new man at the helm? There were enough hints dropped at today's press conference to piece some things together.

Baby staying in the bathwater

There will be changes, that much is clear. How many of them will be personnel-based will be a matter for form, and likely injuries, in the coming months. But the focus of Kenny's task is very clear: two wins in the two games to get Ireland to the Euros. He says that those games are not the time to be testing new things;

END_OF_DOCUMENT_TOKEN_TO_BE_REPLACED

"And it's a real tough challenge, we've got to go away to Slovakia and away to Bosnia or Northern Ireland, win two back to back matches. That hasn't been done in many, many years, to beat significant nations back to back away. So I think... we've got to do that. "

There's no shirking of the scale of the task, or an attempt to douse the hopes of fans; but rather a quiet determination that while it is difficult, it can certainly be achieved.

Five at the back?

One bright light of Ireland's dreary Euros campaign was the defence. Ireland only conceded five goals in their eight games, a record that only Ukraine, Turkey and Belgium could better across the other groups. With players such as Enda Stevens and John Egan in flying form at Sheffield United and Shane Duffy picking up relatively regular game time with Brighton, it seems likely that Kenny won't be for moving the defensive around too much;

"Our back four has been the strongest point, probably, of the campaign. Defensively, the team's worked extremely hard, very well drilled, well set up.

"Our back four, we have good options in the back four, and I think we shouldn't... There's no need to be experimental in that regard."

The largest sticking point seems to be whether he would be willing to play a defensive system that would allow him to accommodate Seamus Coleman, the side's captain, and Matt Doherty, one of Ireland's most in-form players. However, that doesn't seem to be on the cards;

"It would give flexibility to get some of our better players (in) and see them together. There is an argument for that and I do recognise that argument.

END_OF_DOCUMENT_TOKEN_TO_BE_REPLACED 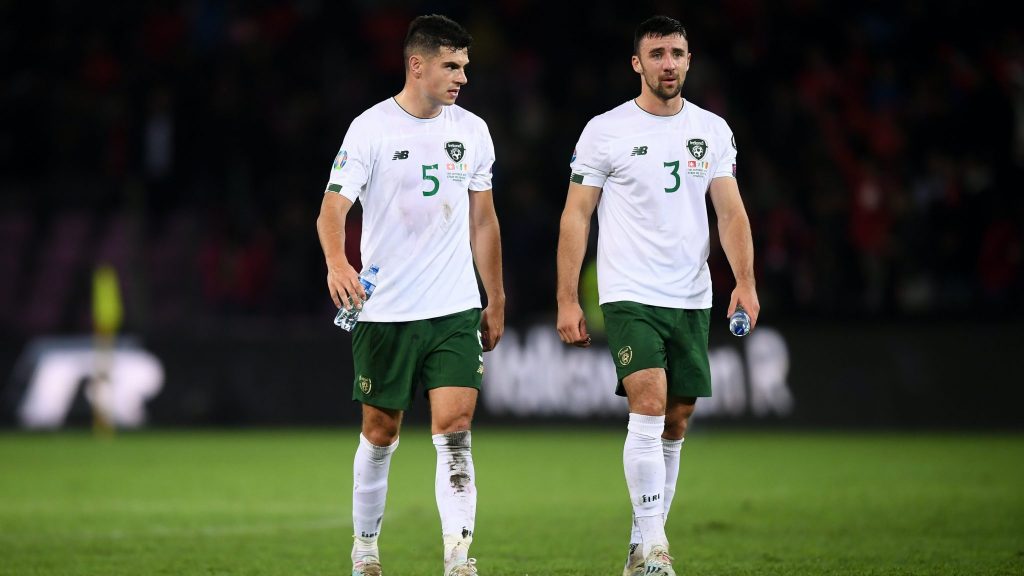 Moving into midfield, this appears to be the area where Kenny is least set on how he may line up. There are in-form names such as Conor Hourihane who will be likely to retain their place, but players such as Jeff Hendrick (linked with AC Milan but currently without a club) and Glenn Whelan (currently plying his trade at Fleetwood Town) who will surely come under huge pressure to maintain their starting berths.

Kenny says it's a difficult area, with decisions to be made;

"I think there's still places up for grabs, and I think the midfield area is very competitive... there's competition throughout, but very prominent in midfield."

The return of other players to form, and from injury, are also front and centre in the Irish boss' mind; 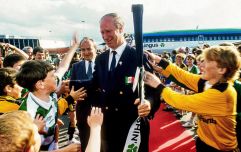 END_OF_DOCUMENT_TOKEN_TO_BE_REPLACED

"Obviously James has had a very tough time with injuries, so he's getting a run at Crystal Palace. Jayson Molumby is doing really well at Millwall. That increases the level of competition in midfield."

A welcome headache, all things considered. But plenty still up for decision in this department, including whether Doherty could feature in order to get him and Coleman on the pitch at the same time. 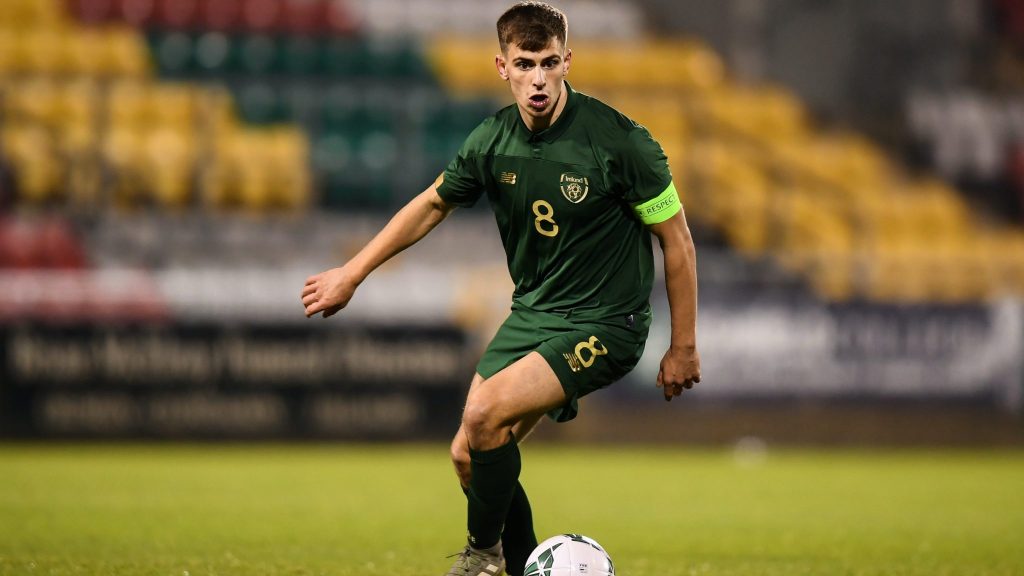 One or two up front?

Ireland's woes up front have been well-documented. With seven goals, three of which came against Gibraltar, Ireland have the worst attacking record of any team that finished in the top three of their group (even accounting for some teams having played a game more).

Two of those four goals against Georgia, Switzerland and Denmark came from defenders, with Duffy and Doherty popping up at key moments to find the net.

But, there is an interesting point made by Kenny in relation to this; can you blame the forwards when their feeding off scraps?

"When we analysed the eight games... David McGoldrick, Callum Robinson (who) played wide right a good bit and James McClean who played in all the matches on the left... They haven't missed any chances. Very rarely.

"We went through the eight games, they haven't missed a chance or hardly missed chances. So we've not been creating chances. We haven't looked like scoring goals a lot."

That ties back in with the midfield conundrum, and will surely play a role in how Kenny sets Ireland up to play against Slovakia.

He also says that "most likely, we won’t be playing with a front two", suggesting that a 4-5-1 or 4-3-3 is the most likely outcome there.

The wariness of experimenting mentioned earlier suggests that the Slovakia game may come too soon for the likes of Adam Idah, Troy Parrott and Michael Obafemi. The focus more seems to be on providing the forwards with more regular chances in order to actually give them the scope to put the ball in the net.

Rather than having your lone striker trying to win a header against two defenders, just inside the opposition's half. For example. 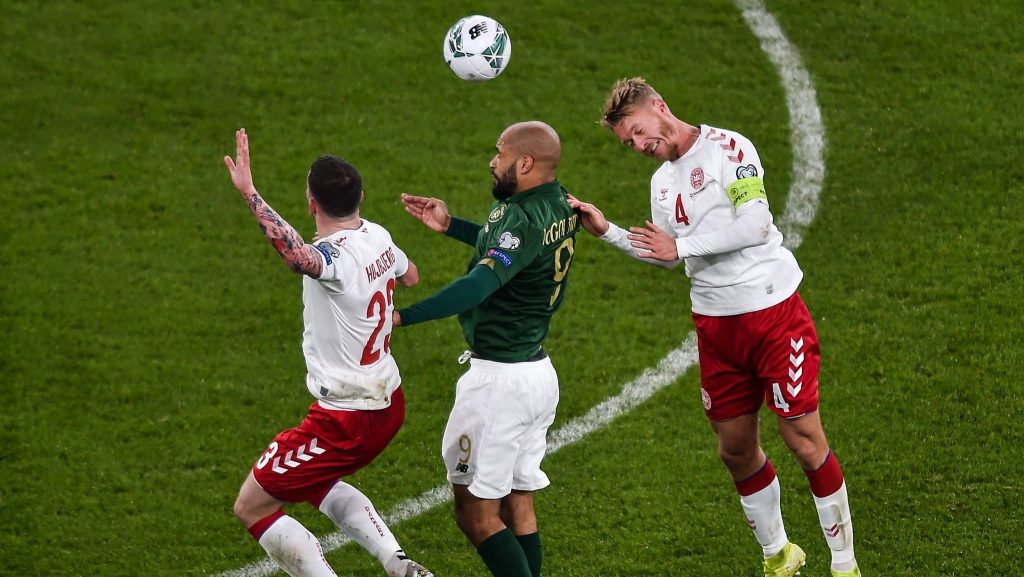 "My ambition as a manager is to control as many games as I can."

That's an exciting statement for any Irish fan to hear. It can be hard to remember a game in the last few years that Ireland have dictated, even including outings against minnows such as Gibraltar.

It's something that Stephen Kenny's u21 side did regularly, even when injuries, suspensions or Senior call-ups saw him shorn of a few leading lights. A clear game plan that involved holding the ball and using it, rather than appearing terrified of the idea of being caught in possession.

In his analysis of Slovakia, Kenny noted that they play a similar style to what he would like Ireland to set up in. Rather than acquiescing to that, his intention is to go toe-to-toe with them and enforce Ireland's game-plan on them. Weird concept, right?

"They're very possession based and like to control the games which I do as well of course. My ambition as a manager is to control as many games as I can.

"It's not always possible but that's a definite plan. They like to control games Slovakia and Wales played on the counter attack against them which is unusual, even at home."

The idea of Ireland having a concrete game plan, while clearly having done their homework on the opposition, shouldn't be novel. But it is. Could this be the end of Ireland playing really well when trailing? Will the boys in green stop shitting themselves when they go one goal up? 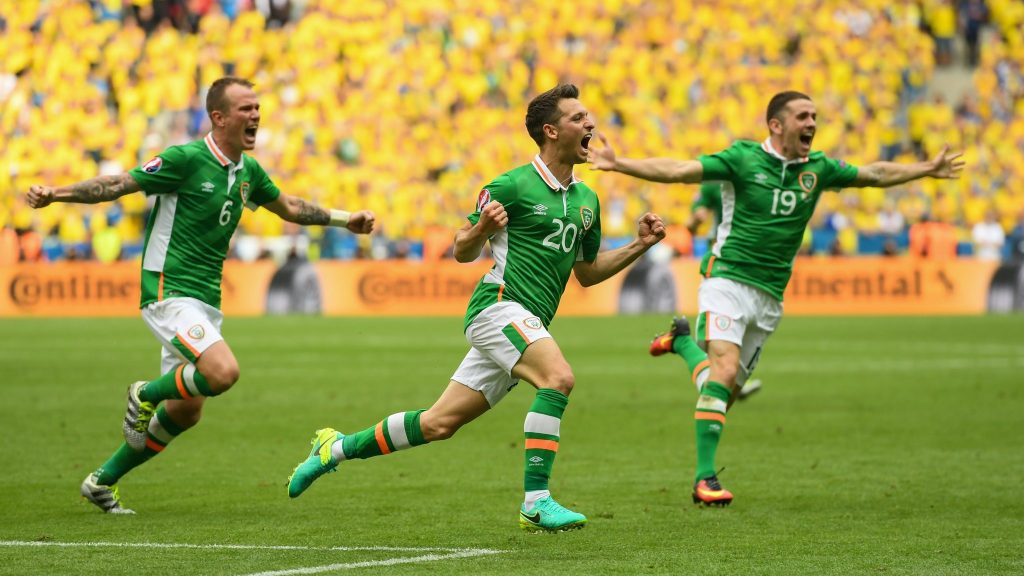 Stephen Kenny takes charge of his first game as Irish Senior manager on Thursday 3 September, away to Bulgaria, before hosting Finland at the Aviva Stadium three days later. Ireland's crunch semi-final against Slovakia is pencilled in for Thursday 8 October, with a potential final against Bosnia or Northern Ireland the following month, should Ireland progress.

There is a quiet optimism around Kenny, something that is becoming clear from the first couple of interactions with the media. There is a feeling that he will not be willing to accept perceived shortcomings nor does he wish to lower fans' expectations.

There is an acceptance of what is in front of him, and a willingness to work hard to overcome it. 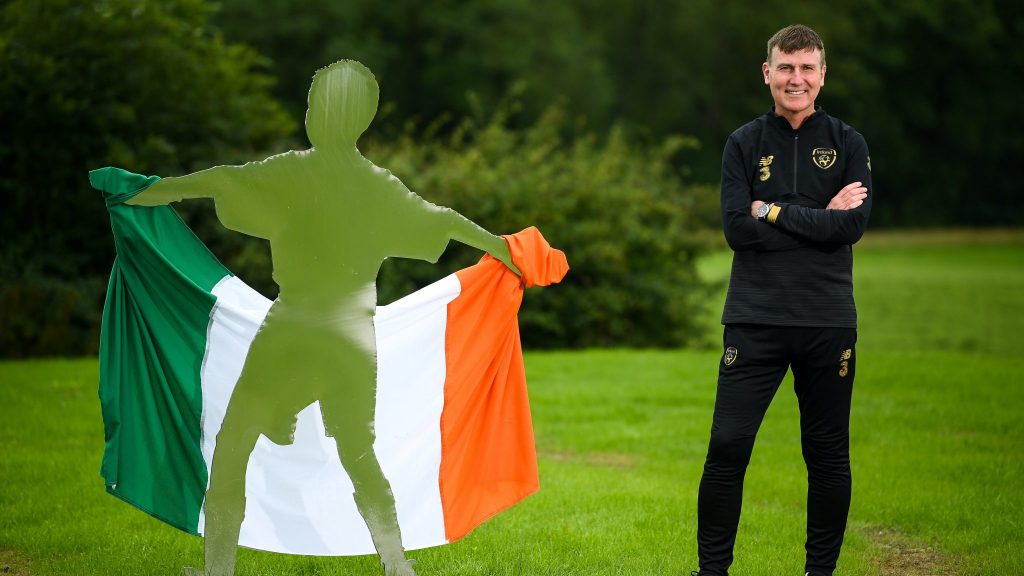 popular
The SportsJOE 12 o'clock quiz | Day 140
Only a Champions League fanatic would get full marks in this quiz
Rory McIlroy speaks superbly on conscience call that cost him at US PGA
Jonny Hayes and Aberdeen teammates apologise after Covid cluster shutdown
"There's times I do think I probably have let people down but in fairness, I have got good support from back home"
Frustration boils over for Shane Lowry at PGA Championship
Joe Rogan reveals he could be parting ways with the UFC
You may also like
4 days ago
James Ryan's misfortune opens Leinster and Ireland doors for Ryan Baird
2 weeks ago
Ireland set for Six Nations decider in Paris on October 31
3 weeks ago
We challenge any rugby player to top Jack McGrath's lockdown hobby
4 weeks ago
The SportsJOE 12 o'clock quiz | Jack Charlton special (Day 112)
4 weeks ago
Growing up in the shadow of Jack Charlton's Ireland
2 weeks ago
Best players since Premier League restart won't feature in PFA awards
Next Page