Stephen Kenny pinpointed qualification for Euro 2024 as the "big ambition" after he signed a new contract to remain as Republic of Ireland manager until the culmination of the European Championships campaign.

The former Dundalk boss said he has a "dream" to take Ireland to Euro 2024, which will be hosted by Germany.

Kenny said he wants to bring the national team 'back to where it started' with a return to Germany, which was the venue for Euro '88, the first tournament Ireland qualified for. 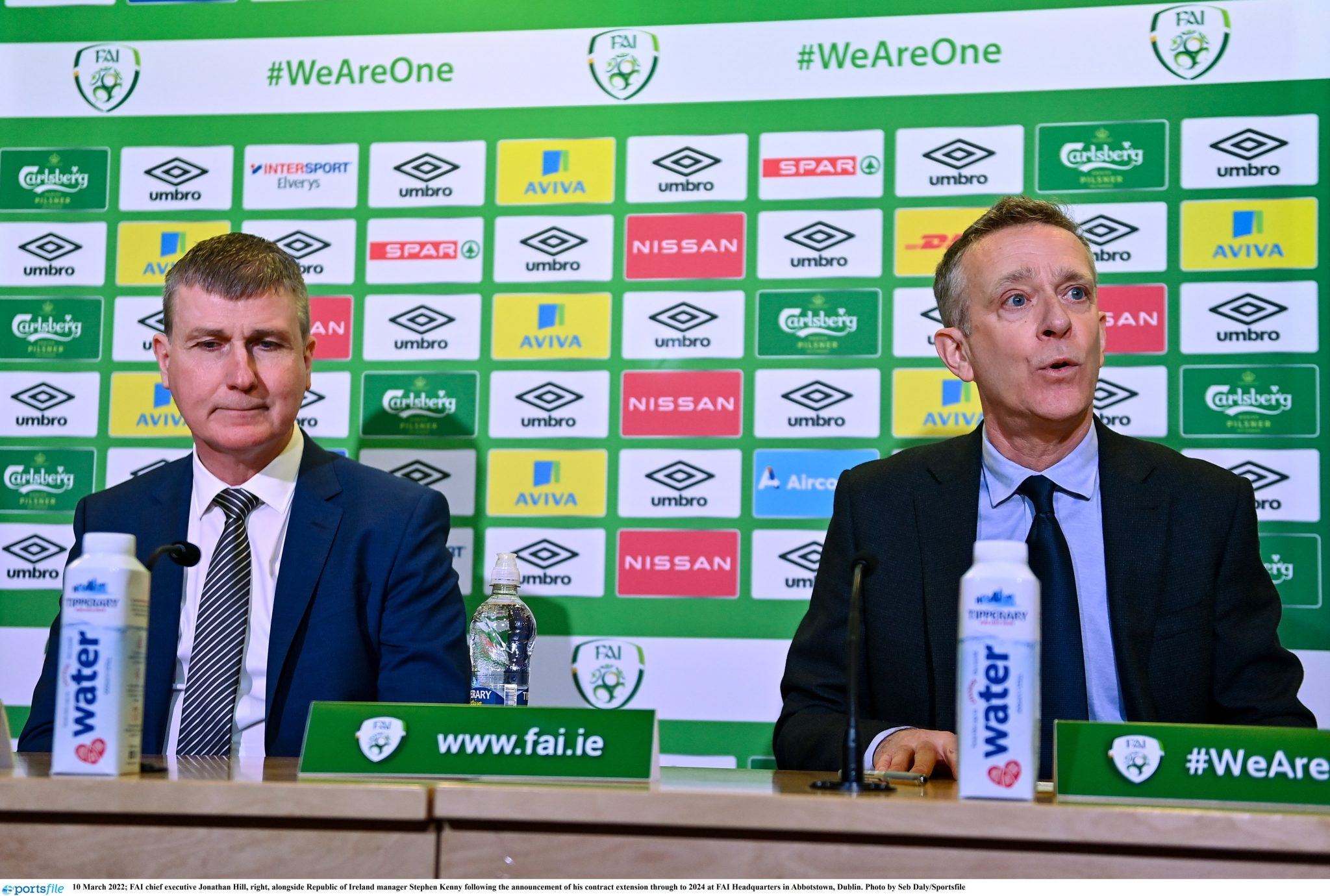 Kenny faced the media alongside FAI CEO Jonathan Hill at FAI headquarters in Abbotstown on Thursday. The Dubliner outlined his ambition for the European Championship qualifiers later this year.

END_OF_DOCUMENT_TOKEN_TO_BE_REPLACED

The 50-year-old said he will do everything in his power to achieve the 'dream' of Ireland reaching a major tournament for the first time in eight years.

“The ambition is to go to Germany to qualify for the European Championships,” Kenny told reporters. 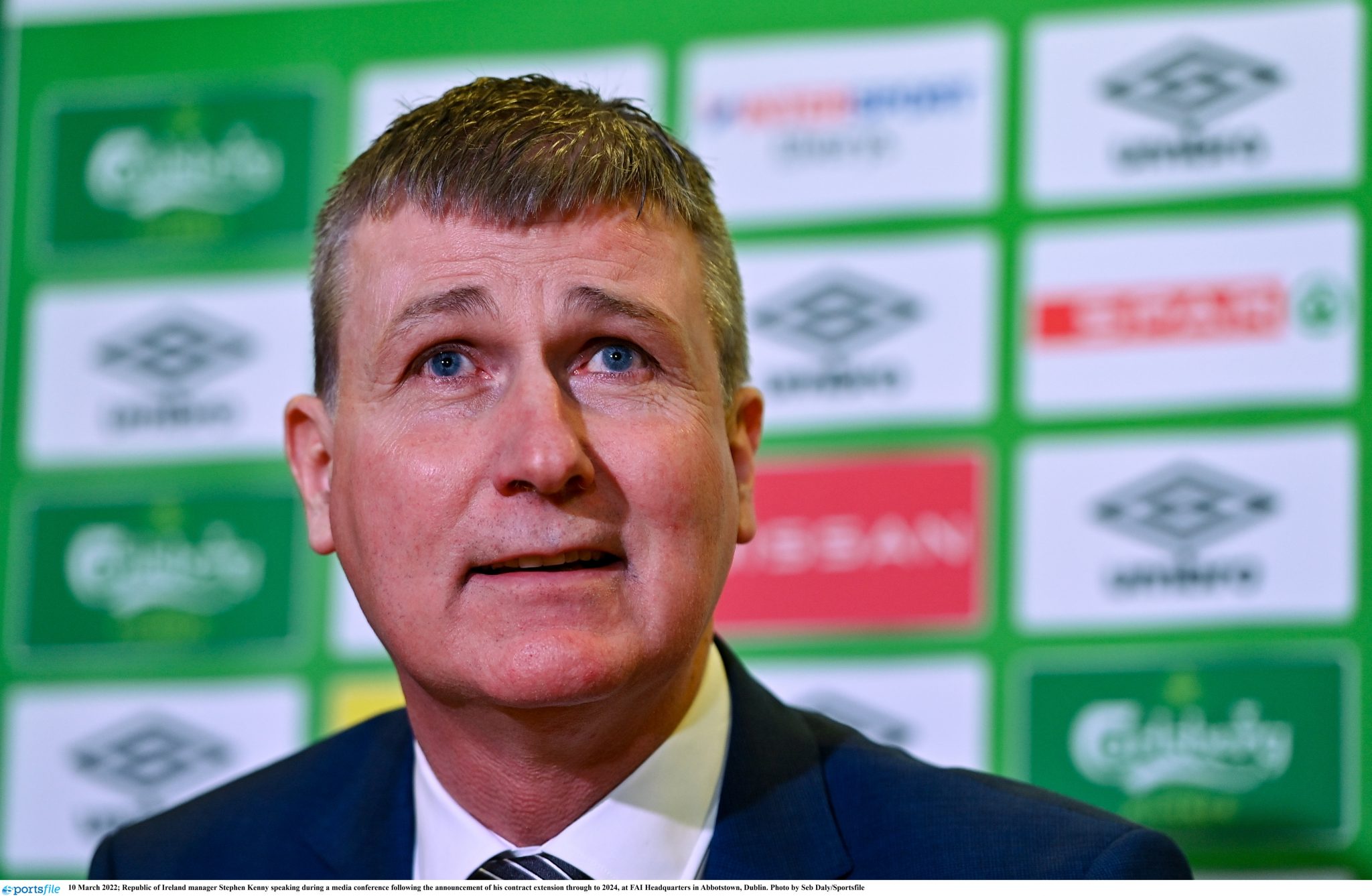 “There will be no stone left unturned in an attempt to do that. We have to try and achieve that and do everything that we can to get there with this team." 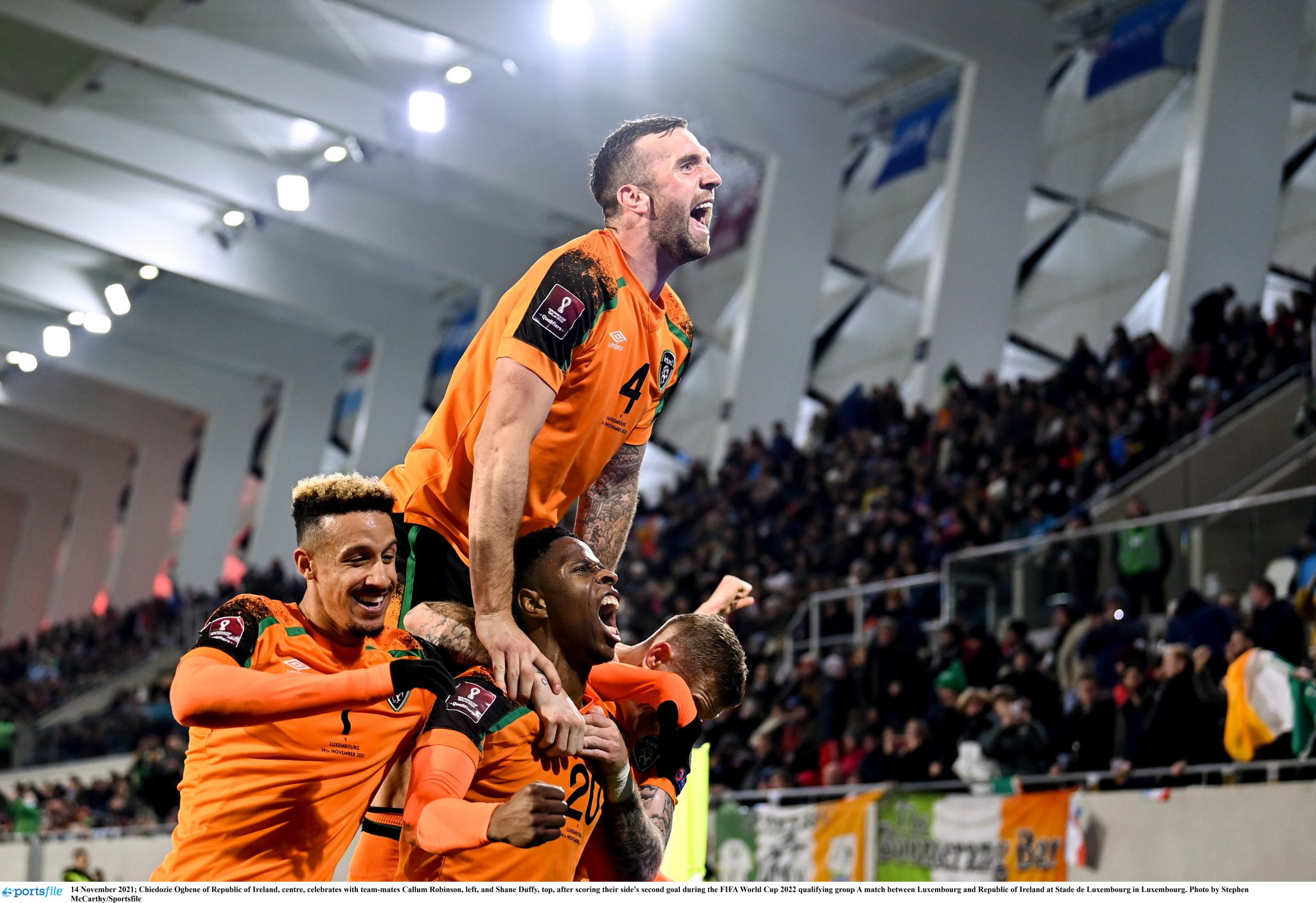 Kenny on ambitions for Ireland.

The Ireland manager also said that Euro 2024 could be some players' last opportunity in their career to qualify for a major championship. Senior players such as James McClean, 32, and Seamus Coleman, 33 possibly fall into this category.

“They’re all at different stages in their careers. For some players, it may the last opportunity of their career to get to a European Championship, and some have their whole careers ahead of them.

“That’s the big ambition to qualify for the European Championships.”


popular
Roy Keane reacts to Brazil's jubilant celebrations in first half demolition job
World Cup 2022 Day 16: All the major action and talking points
Didi Hamann thought Brazil substitution was "disrespectful" to South Korea
Roy Keane handled Gary Neville’s goal celebration as most Irish fans would
Portugal boss could strip Cristiano Ronaldo of captaincy
Rory McIlroy explains 'falling out' with Shane Lowry that lasted a few years
World Cup 2022 Day 17: All the major action and talking points
You may also like
3 weeks ago
"I race over to stop him from falling off his chair" - Delaney's shock when he heard O'Neill wanted Keane
3 weeks ago
"I was called ‘the Northerner'" - Martin O'Neill opens up on his time as Ireland manager
4 weeks ago
James McClean gets straight on to Graeme Souness after being told 'to get on with it'
1 month ago
Stephen Ireland explains why his Ireland career ended after only six caps
1 month ago
Stephen Kenny responds to Brian Kerr's criticism of his performance as Ireland manager
1 month ago
"Nobody could touch him that day" - When Roy Keane reigned in Spain
Next Page