This is always an eventful fixture.

Tottenham Hotspur host Liverpool this weekend in a huge match for both teams. You can stream the Premier League game with a NOW Sports Membership, with kick-off at 4.30 pm on Sunday.

END_OF_DOCUMENT_TOKEN_TO_BE_REPLACED

Liverpool and Spurs are both struggling to find any consistency in the Premier League so far this season. Tottenham manager Antonio Conte is under pressure as results keep slipping away in the league, while Liverpool's Jurgen Klopp is enduring his most difficult time at the club to date.

Both managers, however, are Premier League-winning coaches. They are also two passionate coaches, who have both been sent off in recent weeks, so the sidelines could be just as entertaining as the game itself.

With the anticipation building for Sunday's fixture, here is a look back at the best clashes between Liverpool and Tottenham in recent years. 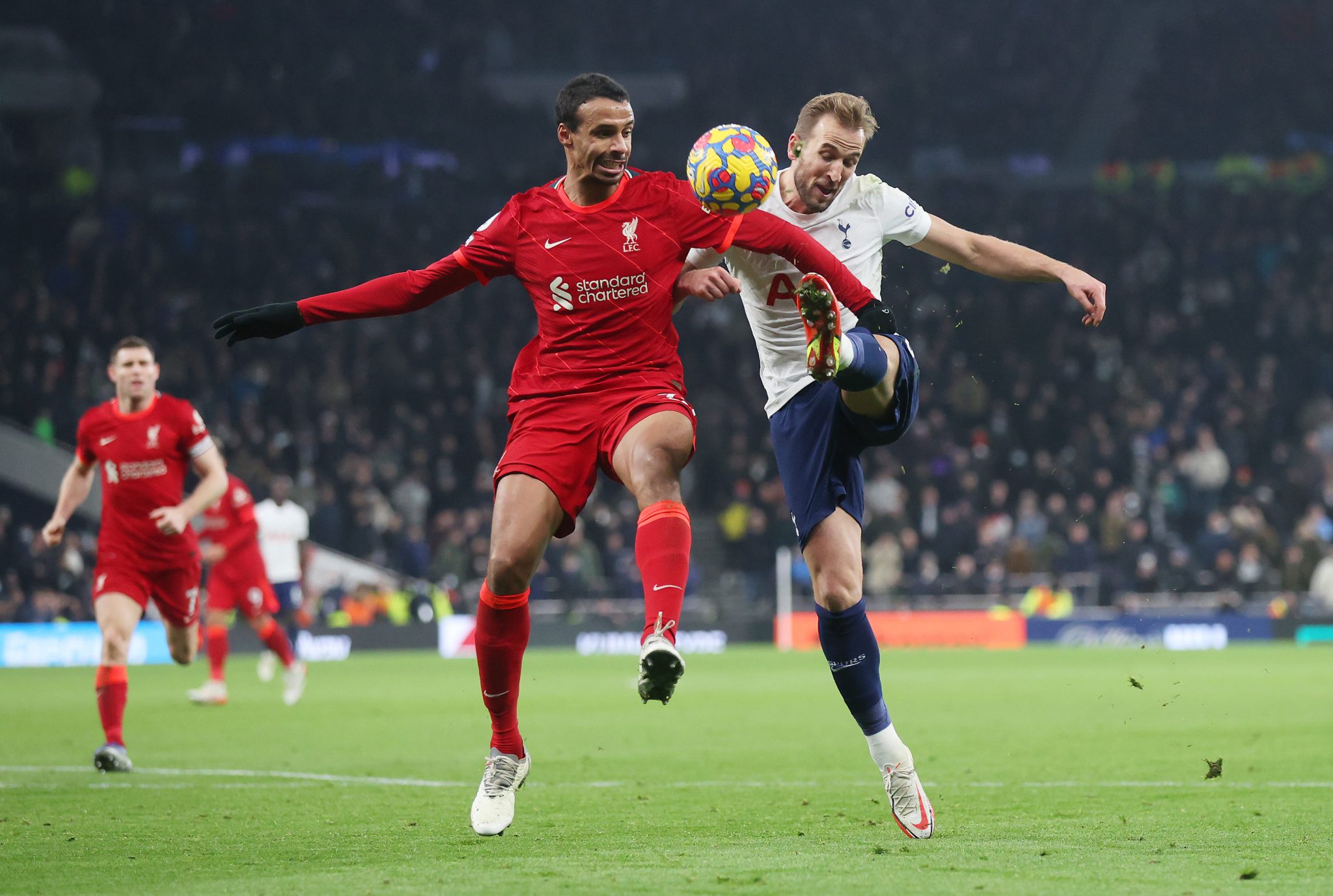 END_OF_DOCUMENT_TOKEN_TO_BE_REPLACED

Martin Jol's Spurs team brought some exciting times to White Hart Lane, and with Robbie Keane and Dimitar Berbatov up front, they were very enjoyable to watch.

In this game at Anfield, Liverpool's Andriy Voronin poached a goal after the ball spilt bounced from a Steven Gerrard free kick, one of only six goals the Ukrainian striker scored for the Reds. Robbie Keane, however, netted a brace to put the north Londoners 2-1 ahead.

The Irishman scored two delightful goals, and was at his very peak during this time, reminding everyone that he was one of the top strikers in the Premier League. The following summer, he would leave White Hart Lane for Anfield, before making a swift return back to Spurs.

Fernando Torres was Anfield's hero at the time and the Spanish striker got on the end of a Steve Finnan cross to salvage a point for his team late in the game. 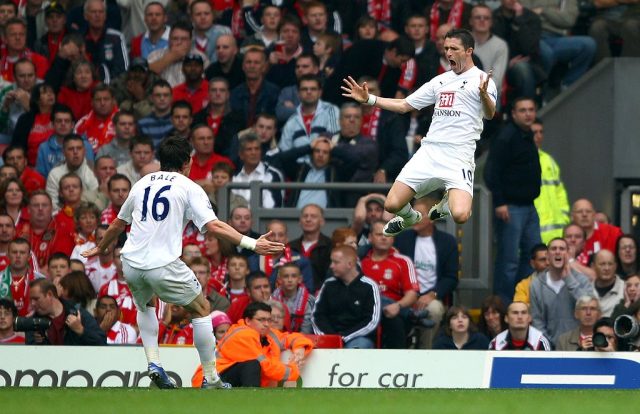 This was when Brendan Rodgers' team had perfected the art of attacking football, but not defending. Liverpool attempted to outscore their opponents, while fully accepting that they would concede plenty of goals as well.

This is exactly what occurred when Liverpool faced Spurs at Anfield in March 2013. Luis Suarez scored early, but his goal was cancelled out by Jan Vertonghen's header at the other end.

The Belgian defender unbelievably scored again, giving Spurs a 2-1 lead. In typical Rodgers fashion, however, the Reds responded in attack and Stewart Downing found the equaliser. 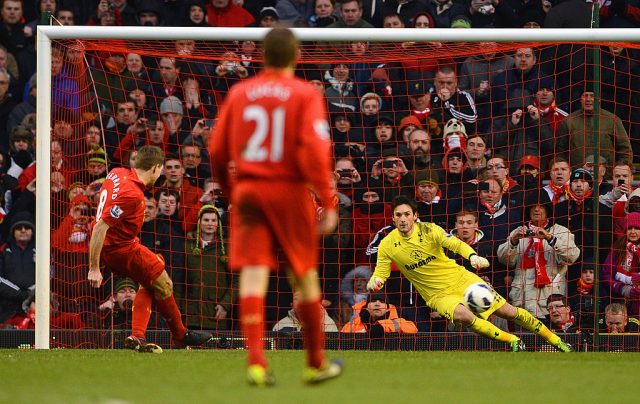 Mohamad Salah was in the form of his life during this season and scored early to give Liverpool the lead, helped by some poor Tottenham defending.

Spurs kept the pressure on, however. A poor clearance by the Reds saw the ball dribble its way to the feet of Victor Wanyama outside of the box, he met it with a thunderbolt of a right foot and smashed it into the roof of the net.

After Harry Kane missed a penalty and the chance to take all three points, Salah danced his way through the London side's defence with ease and grace before lifting the ball into the net to make it 2-1.

The unthinkable happened when Kane was awarded another penalty in injury time. The England captain was never going to miss twice, and the game finished 2-2. 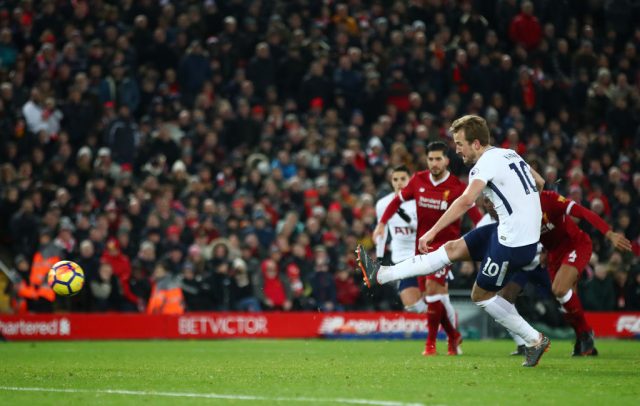 This was a defining match for both teams. Liverpool were crowned European champions, while Tottenham faltered at the final hurdle after an incredible campaign. The final result also created a ripple effect.

After this match in Madrid, Klopp's side went on to become the best Liverpool team in recent years, picking up trophy after trophy and finally winning that elusive Premier League title.

Mauricio Pochettino had crafted a wonderful Spurs team who consistently punched above their weight, but unfortunately, this game was to mark the end of that era, and the Londoners have been on a decline ever since.

The game itself got off to an exciting start with a Mohamed Salah penalty in the opening minute, but the early lead meant that the Reds backed off and defended, rather than attacked.

The introduction of Divock Origi, however, burst the Champions League final back into life. The Belgian scored the decisive goal, etching his name in Anfield folklore, and securing the club's sixth European title. 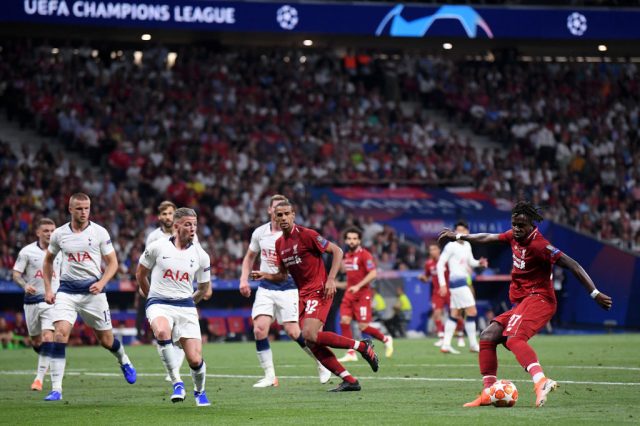 This was Jose Mourinho's Tottenham at their best, but up against a much-fancied Liverpool side, who were reigning Premier League champions at the time.

Jurgen Klopp's men went 1-0 up after an early Mohamed Salah goal before Son Heung-Min equalised almost straight away. At that point, looked very much like Spurs were in control.

Yet, in the 90th minute, after both teams had missed some huge goal-scoring opportunities, Roberto Firmino headed the ball home right at the death to snatch the victory.

Mourinho's post-match interview was as entertaining as the game itself. The Portuguese coach told Klopp that "the better team lost" and questioned his behaviour on the touchline. 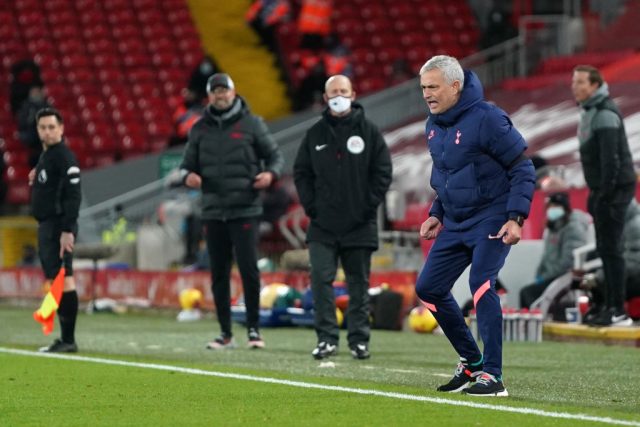 Spurs versus Liverpool is one of six Premier League and Women's Super League games available to stream this weekend with a NOW Sports Membership and a NOW Sports Extra Membership.


popular
Roy Keane handled Gary Neville’s goal celebration as most Irish fans would
Roy Keane cracks up ITV pundits with description of Senegal supporters
World Cup 2022 Day 15: All the major action and talking points
Mauricio Pochettino on Kylian Mbappe and rumours that he's 'difficult'
Ronaldo finally reveals why he got that hideous haircut
Shay Given on how far Ireland could've gone at the 2002 World Cup with Roy Keane in the team
Tyson Fury and Derek Chisora eat Five Guys together after going to 'war'
You may also like
1 month ago
Man City club doctor takes aim at Jurgen Klopp in deleted social media post
1 month ago
Player ratings as Man United beat West Ham thanks to Marcus Rashford goal
1 month ago
Liverpool Leeds player ratings: Crysencio Summerville stuns Reds at Anfield
1 month ago
Five talking points as Liverpool face Leeds at Anfield in a crucial Premier League game
1 month ago
Referee Bobby Madley to make Premier League return four years after being sacked
1 month ago
Tim Sherwood predicts that Jurgen Klopp will leave Liverpool at the end of the season
Next Page