'Ah shoot the ball would you!'

There's a certain romanticism about watching football in a pub in Ireland. Bar stools are full, stomach's even more so at times, and the bouts of silence in play can often linger until they're broken by a yell from somewhere near the back:

'What is he playing at?'

It's a unique experience but Wednesday's Europa League final in the Tom Mayes pub on North Frederick Street was a little different.

An Arsenal fan sitting by the bar leaps out of his chair when Granit Xhaka whizzes a shot over the bar and as the ball rises high and behind for a goal kick, the man looks around the pub with his hands clasped to each cheek to see if anyone else realises just how close the Gunners had come to scoring.

Many did, but they didn't pay him much notice, after all, this was the official pub of the Dublin Spurs supporters group.

As the Arsenal fan gasped and panted on his stool with each and every passing shot, a small group of Spurs supporters congregated a few feet across from him, laughing and reflecting on their season.

"It's kind of down to Daniel Levy," said Chris.

"He has his critics but he came in with no oil money or anything like that and he built a stadium and got us to a Champions League final within our own means.

"I'll be watching it in the new stadium on Saturday and it's going to be amazing."

Emma quickly cuts across him:

"You'd want to see it up stairs in Mayes now. The place is going to be on wheels. There'll be no roof left on the place."

END_OF_DOCUMENT_TOKEN_TO_BE_REPLACED

Mayes has served as the official home of the Dublin Spurs Supporters Club for the last 19 years.

Spurs lodge is a shrine to Tottenham Hotspur as much as it is the upstairs of a north Dublin pub as jerseys and shirts from the likes of Teddy Sherringham, Jurgen Klinsmann, Scott Parker, Jan Vertonghen and more hang around the room. 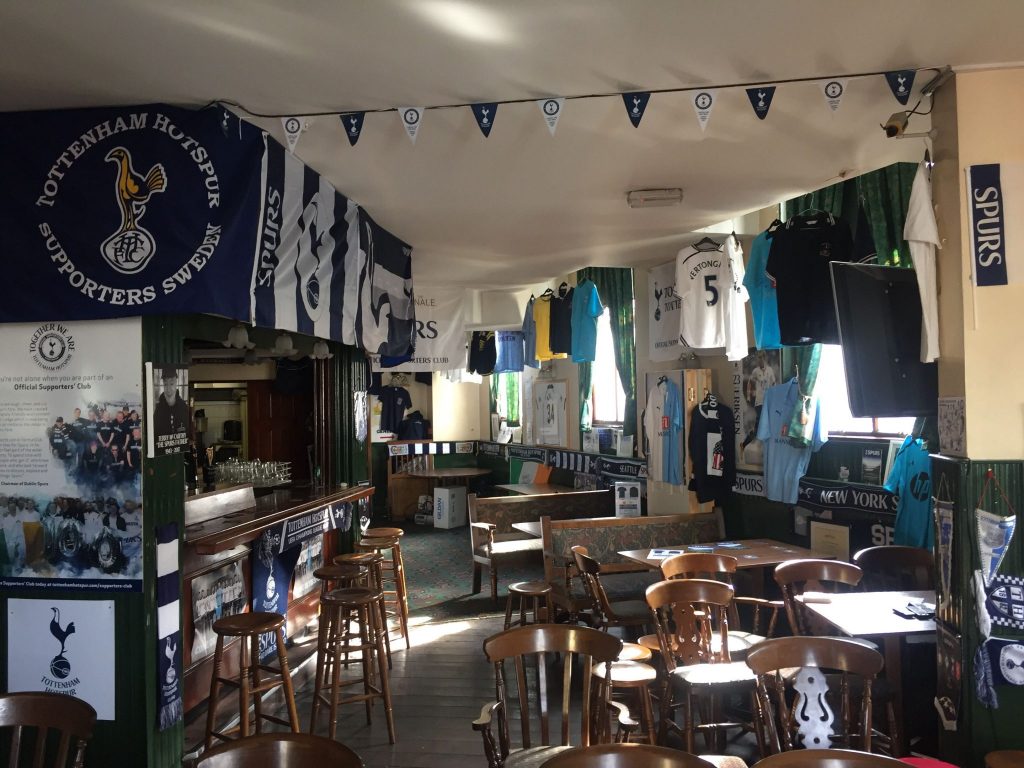 Saturday's Champions League final will be the final chapter in a room that has hosted some fantastic nights for the lilywhites' fans.

There was Jonathan Woodgate's goal in the League Cup final against Chelsea in 2008. There was Peter Crouch's winner against AC Milan at the San Siro in 2011.

"We were there singing 'Are you watching Arsenal?' and the floor was shaking underneath us. It was my dad's 50th and we were getting tickets no matter what."

Then Martin McDonald chimed in:

"You could even go back to Spurs beating Wolverhampton in the 1972 UEFA Cup Final. It was really hard to win it then."

What about the Lucas Moura goal against Ajax? That has to be up there right?

"Ahh yeah," Chris said before lifting up his phone and showing me his screensaver of Lucas Moura jumping through the air. "Absolutely. When the third goal went in I lost my mind"

Emma added: "I had tears and all welling up. I was mortified. I didn't cry on my wedding day but I cried then."

Martin cuts across: "It's not as important" before Daphne interjects "that's called priorities".

For Liverpool the Champions League final is very much the defining moment for Jurgen Klopp and his squad after last year's loss to Madrid, followed by this year's title race loss to Manchester City, but for Spurs this is very much the moment that could define their club for years to come. The fork in the road for future successes or the rare anomaly in merely making it to the final.

The Dublin supporters group are confident that Mauricio Pochettino's side can do a job in Madrid but the result is merely a byproduct of what brings this group together; Spurs.

Chris Kelly became a fan because his father Des Kelly was a fan. Des was a fan because for him it was simply an option between Liverpool and Spurs and he liked the way the North Londoners played football. 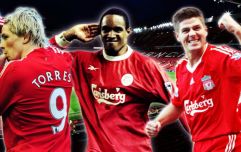 END_OF_DOCUMENT_TOKEN_TO_BE_REPLACED

Terry McCarthy started the supporters club in Dublin but sadly passed away in 2017, leaving us just before his beloved Spurs biggest moment.

A picture of him hangs in the Spurs Lodge in Tom Mayes to ensure that he's not forgotten while Chris will bring his Spurs jersey with McCarthy's name on the back to the new stadium to allow 'The Spurs Father' to get a glimpse of the match from London while he watches the rest of the game from above.

The Dublin Supporters Club has scarfs from as far as Australia, China and America, as well as Kerry and Limerick, with each visiting member brought up front at the half-time juncture of games to receive a special presentation.

"It's a real family, we've all become good friends because of it," said Daphne.

"It's a whole new world of friends. You win together you lose together. We've laughed together and we've cried together."

The supporters club will look for a new premises next season but on Saturday they wave goodbye to years of memories, memorabilia, and potentially, the roof if they win.

Years of heartbreak, hurt, ups and downs, near misses and 'it's happened again', but for a Saturday in June they'll all be in the Lodge on North Frederick Street for the biggest match in their club's history.

For the first time in a European Cup final and for the last time in Mayes.


popular
The SportsJOE 12 o'clock quiz | Day 109
QUIZ: Name every player that's scored three or more Premier League hat-tricks
"Some of the guys have put a lot into it" - Felipe Contepomi confident Leinster can start fast
QUIZ: Name the country these football teams play in
'ROG was the kingpin... he just wanted to win, win, win' - Barry Murphy
SportsJOE 2000s Football Quiz | Round 9
"It's too experimental" - Kenny's team for Slovakia showdown begins to take shape
You may also like
1 month ago
"Can you hear that? They still believe in us. We have to give them something back"
1 month ago
Liverpool's 2005 Champions League victory in Istanbul played out on Twitter
3 months ago
Liverpool fans are getting a bumper weekend of classic European games
3 months ago
Two fair ways to wrap the Premier League and give Liverpool their dues
6 months ago
Is Mourinho the man to derail the Liverpool steam train?
6 months ago
What is 'Everton'? A series of questions, answered
Next Page