It gives us a platform to let the world know what we are thinking, eating, playing, hating etc etc etc.

It is also a great tool for bringing fans closer to their heroes - be they from the sporting sphere, music, movies or wherever.

Those public figures can also communicate directly with their followers, cutting out pesky intermediaries like the media. 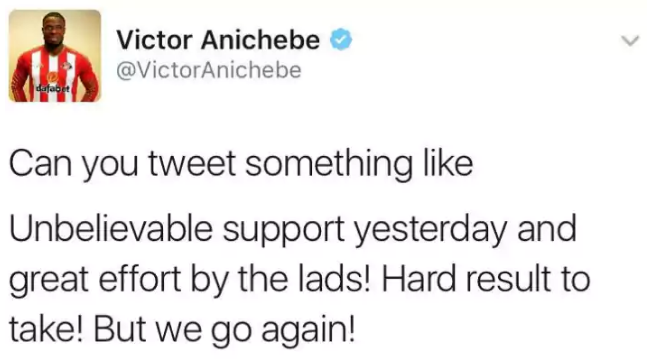 Or, you know, you can hire someone to communicate directly with your followers on your behalf. An intermediary, if you will.

Sometimes, the ability to communicate directly with sporting figures or teams is just too tempting. Like when one of these teams has failed to do the thing that you wagered with a bookmaker that they would do.

Airtricity League Premier Division strugglers Sligo Rovers tried to put their league troubles behind them on Monday afternoon in the EA Sports Cup quarter-final at home to Galway.

The match, scoreless at full-time, finished 2-2 after extra-time only for Sligo to go out on penalties - missing four spot kicks during the shootout.

More bad news in a tough season thus far for the Bit o' Red, so what they really did not need was some chap chirping up on Twitter, complaining that the two teams had failed to score more than 1.5 goals in 90 minutes.

Nobody cares about your bet. Thanks.

Fair play to whoever runs the Sligo Rovers Twitter account because, they are right, nobody really cares about Andy's accumulator.

The words "crying", "spilled" and "milk" spring to mind.


popular
The SportsJOE 12 o'clock quiz | Day 307
QUIZ: Identify the missing sponsors from these football jerseys
"People that get All-Stars aren't just a cog in the wheel. These are the special, outstanding players"
QUIZ: Name all 50 of these 2000s Champions League players – #4
Cristiano Ronaldo sets rough retirement date
"I was like, ‘My ear is hanging off my head. Can you not see that?!'"
Japanese rugby players living off the classic Irish school lunch for pre-match-meal
You may also like
1 year ago
If Twitter had been around for Eric Cantona's kung fu kick it might have looked something like this...
2 years ago
How the internet and social media changed the game for football
2 years ago
Hector Bellerin reveals how online abuse made him delete Twitter
3 years ago
Alex Bruce just heard his Hull career was over in rather blunt fashion on Twitter
3 years ago
Roscommon club crash out of FAI Cup but leave us with one of the great Twitter reports
3 years ago
Kerry legend and Drake fan Eoin Liston dropping bombs on Twitter
Next Page