'The road forward from this crisis is not a clear one.'

The Coronavirus pandemic is exacting a bigger toll from communities, the world over, with each passing day. With no return date in sight for the League of Ireland, and no regular money coming in, Sligo Rovers has taken a hard but necessary step to temporarily lay off staff.

Rovers have released a detailed statement today that confirms coaches, players and administration staff will all be laid off until the virus outbreak can be controlled and games can be played again. The statement, in part, reads:

'Following intensive talks in the last week involving the National League Executive Committee, the PFAI and the FAI, along with receiving government guidance, the club felt there was no option but to come to this conclusion in order to prioritise long-term employment both in football and administrative roles at Sligo Rovers.

'We acknowledge ongoing efforts to find a solution from all parties and we recognise that it is an evolving situation. However we must act today in the best interest of our club in the long-term.

'Last Tuesday [St Patrick's Day], An Taoiseach Leo Varadkar outlined that the Coronavirus crisis would extend into a lengthy period. This was an expected announcement and made it even clearer to us that League of Ireland football cannot resume until the summer at the earliest, and likely later.

'Our income streams, like nearly all other businesses in the country, have been decimated and we simply cannot afford to function at our full cost level while having little or no income. To do anything else would be reckless and would put the very future of Sligo Rovers under severe threat.' 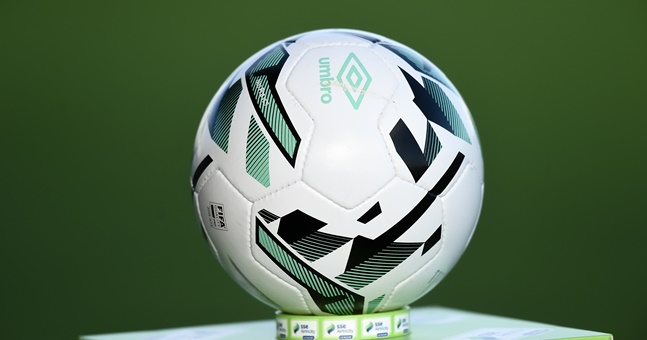 Sligo Rovers say they have taken five measures to deal with the shut-down of the League of Ireland. All staff, with no exceptions, have been laid off temporarily and all employees 'will be able to return to their regular wage upon the resumption of the League of Ireland'. In the mean-time, all of the affected staff will be eligible for government support of €305 per week.

Additionally, Sligo state that their players from outside of Ireland have been given assistance to return home and most have done so. The statement also notes:

'Taking this step today has been the hardest decision we have undertaken in our role of committee members, but we feel it is the correct one, we need to be decisive and show leadership to preserve our club... The road forward from this crisis is not a clear one, we know this temporary measure will have a major impact in the lives of our staff. We are taking it to ensure there is a future."

'Our promise,' the statement concludes, 'as a committee is to get through this period and return with a sustainable and healthy Sligo Rovers.'


popular
QUIZ: Identify the missing sponsors from these football jerseys
The SportsJOE 12 o'clock quiz | Day 307
"People that get All-Stars aren't just a cog in the wheel. These are the special, outstanding players"
Japanese rugby players living off the classic Irish school lunch for pre-match-meal
QUIZ: Name all 50 of these 2000s Champions League players – #4
"I was like, ‘My ear is hanging off my head. Can you not see that?!'"
Cristiano Ronaldo sets rough retirement date
You may also like
1 year ago
Rovers to continue Direct Provision initiative for 2020 season
1 year ago
League of Ireland predictions - previewing every LOI team's season in three words
1 year ago
"When I came here, I was dead and buried. There was no way back for me"
1 year ago
UCD awarded 3-0 win after Bohs field ineligible player
1 year ago
UCD keeper celebrates in front of Bohs fans kicking it all off at the UCD Bowl
1 year ago
Sligo Rovers lament very significant issues in the FAI
Next Page