Six things that football could take from basketball to improve

A combination of the best things from the two best sports in the world? Sounds great.

Football is an incredible sport. An absolutely wonderful world in which, for 90 minutes, only one thing matters.

Everything else is forgotten about, and we can tune out the real world until the ref blows the final whistle.

But it's not perfect. The beautiful game is not without its flaws. To improve the sport that we love, we're going all the way to the NBA to handpick the best things from the amazing sport of basketball, and imagining life with these rules in football.

Having a playoff is a great way of finding out who is the very best team. The way it works in the NBA is that the teams are divided into two conferences, the East and the West, and whoever comes first in the East, plays whoever comes eighth. Second vs seventh and so on.

It leads to a number of exciting games, creating tense rivalries and excellent match-ups, and it normally results in the best team winning the league. If it were to have happened in the Premier League this year, we would have seen Chelsea play Southampton, Spurs play Everton, United play City, and Liverpool play Arsenal. Tell me you wouldn't want to see that.

Come on. Everyone loves it. We all get a bit excited when Jose Mourinho comes out and slams Wenger in a press conference, and who could forget Rafa Benitez' infamous "fact" rant back in 2008? It gets people talking, and it creates a buzz.

This is a regular occurrence in the NBA, and not only that, the players engage in it a lot more. When confronted with questions after a good game, football players take the conservative approach, going straight into PR mode and citing the brilliant coaching and brilliant team effort. NBA players, not so much...

END_OF_DOCUMENT_TOKEN_TO_BE_REPLACED

It helps that NBA players are contractually obligated to talk to reporters, and reporters are allowed into the changing rooms. So naturally, people tend to speak their mind, and it's fantastic.

Also, the cocky personalities lead to some amazing on court action. Take a look at Kobe Bryant betting $500,000 on him scoring a free throw with three seconds left in the game. Imagine someone did that with a penalty in football? Take note footballers.

A date marked in the calendar of every basketball fan, All-Star weekend is always an amazing spectacle. It's actually insane that this has never been done in the premier league.

The format would be as follows: The teams from the North of England would pick their best 11, as would the teams from the South, and they would play one game. And it would be really, really cool. Can you imagine if they did this a few years ago and Roy Keane and Steven Gerrard played in midfield alongside each other? Even if it was only once a year, it would be so worth having.

4) Back-court violation
Okay, this one would probably be a bit mad. But my God, it would be fun. In case you're unfamiliar with this rule, it is that once you enter into your opposition's half in basketball, you can't go back to your own. 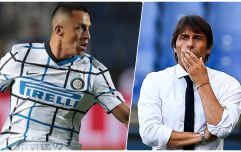 END_OF_DOCUMENT_TOKEN_TO_BE_REPLACED

Imagine this was the case in football. Chaos would ensue, and it would be bloody brilliant. I'm not suggesting they should introduce it for Premier League games, but maybe just give it a tester in a friendly. The results would be priceless.

This is the most beautiful thing about basketball. Have you ever seen a guy go down injured in an NBA game? I wouldn't be surprised if you haven't, because his team-mates have him picked up off the ground before you could even get a chance to.

Or if a player misses a free throw, the other four lads on the court are high-fiving him so quickly that you'd have to wonder if they even saw whether or not the shot went in.

Clip via clutchfansDOTnet
It's a really nice thing, and it would look just as good in the Premier League.

Please Premier League, we need more stoppages. There's nothing better than a good momentum killer ten times a half... Of course we're messing.

You can keep them.


popular
"When Sean Boylan was around, you didn’t need a psychologist or a counsellor - he did it all himself"
The SportsJOE 12 o'clock quiz | Day 136
The daily diet of Manchester United midfielder Jesse Lingard
The diet of a modern day rugby player compared with a top jockey
COMPETITION: Answer this survey for a chance to win a fabulous stay at the Trident Hotel in Kinsale
James Ryan's misfortune opens Leinster and Ireland doors for Ryan Baird
"It's not about winning at underage. It's about building players and building people"
You may also like
1 day ago
Willian in talks with Arsenal after turning down Chelsea extension
4 days ago
A starting XI of the best free agents available this summer transfer window
5 days ago
Inter Milan 'agree personal terms' with Alexis Sanchez
1 week ago
Can you name every English football league club that begins with 'P'?
1 week ago
Best players since Premier League restart won't feature in PFA awards
1 week ago
The ultimate Messi vs. Ronaldo quiz will finally settle some scores
Next Page