Fergie helped out with the European Ryder Cup team in 2014 when McGinley was captain, and the former Manchester United manager was very impressed with what he saw from the golfer.

Speaking at An Evening With Rory McIlroy at the Convention Centre, Ferguson recounted how McGinley's leadership skills shone at the tournament.

"I must say that Paul McGinley really surprised me about his preparation and he spoke to me a year before the tournament and he had all this plan mapped out and even who were going to be his partnerships on the first day and I says 'well, I want to buy into this. This guy definitely has the makings of a really successful manager." 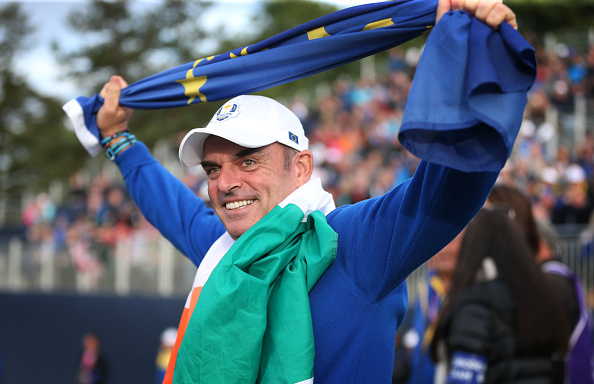 Rory McIlroy, who was also at the event, had some kind words to say about Ferguson's role at the tournament. He admitted that the motivational talk the former United boss gave to the team resonated with him for a long time.

"I'm walking to my hotel room in a trance. I've just got a team talk from Alex Ferguson. I was never going to be a professional footballer obviously so that was the closest thing I was going to get to playing for United."